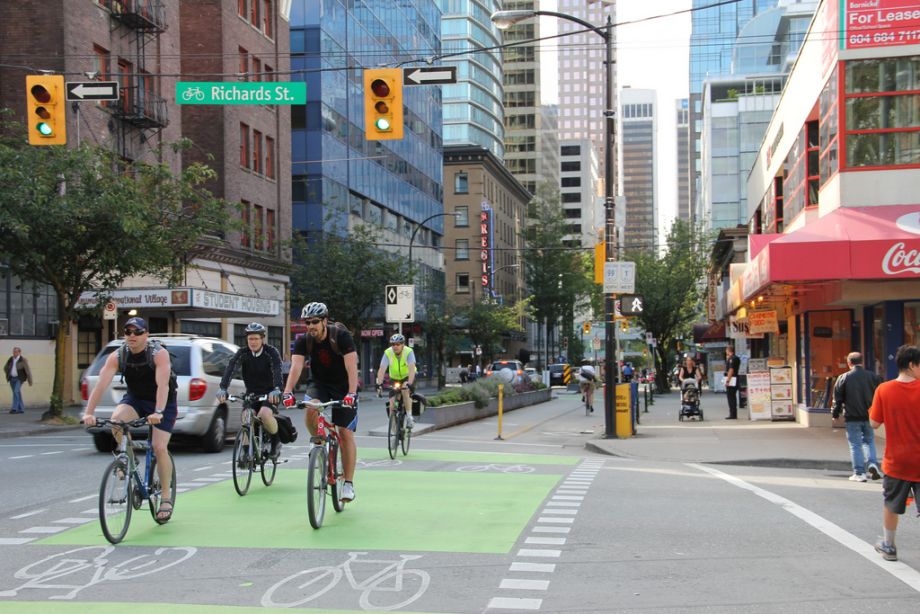 There are a number of options for intersection design, many of which are outlined in the National Association of City Transportation Officials’ Urban Bikeway Design Guide: bike boxes, which let bikes wait ahead of cars at the light, crossing markings that delineate the movement of bikes through the intersection, median refuge islands and more.

Lead researcher Christopher Monsere of Portland State University plans to use data to help cities make the best choice for a given intersection, and to standardize those decisions across all such intersections. The first step, says Carinci, is identifying which design treatment to use in a given situation, based on factors like speed of traffic and number of turning vehicles. The second is to figure out the critical elements and dimensions of each treatment, so that every intersection of a given type is standard and predictable. The ultimate goal is a standard tool kit that could inform national design guidelines.

The research is being funded through TREC’s National Institute for Transportation and Communities’ pooled fund program, through which agencies can contribute relatively small amounts to help support critical studies. For this project, 11 partners, including the Portland Bureau of Transportation, the city of Cambridge, Massachusetts, and the SRAM Cycling Fund, each contributed between $5,000 and $50,000 toward the $250,000 cost.

These stakeholders approached TREC about jointly working on a solution to the intersection challenge; TREC put out a call to find the appropriate researchers. Carinci says this model allows agencies to see their issues addressed without footing the full bill themselves. TriMet, for example, Portland’s regional transit authority, wants to see that bus lanes are not negatively impacted by protected bike lanes. “By being part of the project they can have their voice heard on that and have their concerns addressed,” says Carinci.