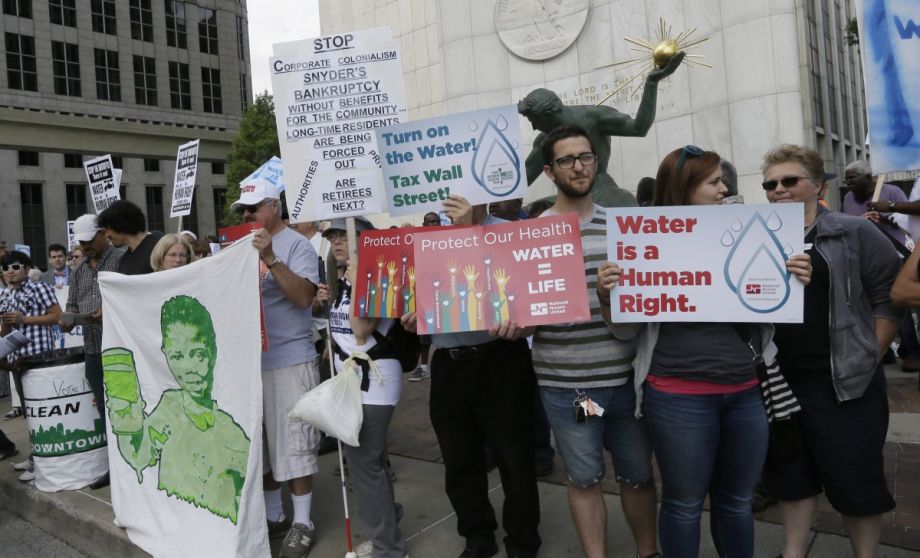 Some customers of Detroit’s water system can now apply for payment assistance on their water bills, according to CBS Detroit, with first priority given to customers with past due bills and those in danger of having their water service shut off.

The new Water Residential Assistance Program (WRAP) serves residents of the Great Lakes Water Authority service area who are living at or below 150 percent of the federal poverty threshold. Eligible customers will receive a $25 monthly credit on their bill, and have any payments in arrears frozen for the next 12 months. If they successfully make the reduced monthly payment for one year, participants will receive a credit of up to $700 on past unpaid bills.

Residents whose monthly water usage exceeds 20 percent of the average Detroit household’s consumption are also eligible for a free water usage conservation audit. Based on the findings, customers could receive up to $1,000 more for household plumbing repairs. Residents enrolled in the program are no longer subject to water service shutoff.

Detroit made headlines in 2014 when the Detroit Water and Sewerage Department (DWSD) announced it would shut off water service to over 150,000 customers who were more than 60 days late on paying bills.

The shutoffs were widely criticized. A UN representative said at the time: “Disconnection due to non-payment is only permissible if it can be shown that the householder is able to pay but is not paying — in other words, that the tariff is affordable.”

Detroit residents pay an average of $75 a month on water bills, compared to a national $40 average, with rates increasing 119 percent in the past 10 years.

Bryan Peckinpaugh of the DWSD told CBS Detroit that shutoffs will resume in the spring, so it’s important for households to enroll for assistance now.

“We haven’t set a date for potential water shutoffs because we certainly want to focus on launching this water residential assistance program and then get as many customers who are eligible into this program,” he said.

Justin Wedes, a community activist with Detroit Workers and Builders and an outspoken critic of the water shutoff program, said in a city statement, “The WRAP is a step in the right direction for a department that is showing positive signs of reforming itself … . I’m optimistic that this additional assistance for many Detroiters coupled with much-needed debt relief and wraparound services like plumbing assistance will help DWSD towards the urgent goal of providing clean, affordable water to all of Detroit.”