These Detroit Students Mix Day Jobs With School – Next City 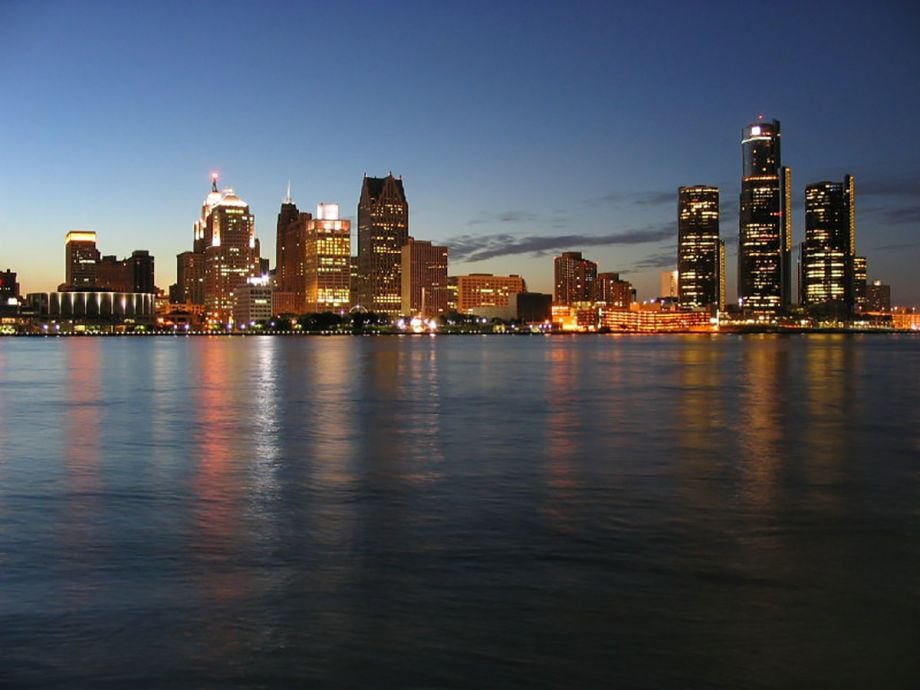 School days at Cristo Rey High, in a working-class and predominantly Latino neighborhood on Detroit’s southwest side, start off much like those at any private Catholic school.

Morning announcements, a daily prayer. But once a week, after mass, instead of heading to a biology lab or lecture hall, 300 students head to a 9-to-5 job.

And these aren’t typical teen gigs like burger-flipping or T-shirt folding in the mall. They’re working for some of the largest corporations in metro Detroit — from automaker General Motors and parts supplier Magna, to healthcare providers Beaumont Hospital and St. John.

It’s all part of the curriculum at the Catholic school, which aims to give its students living below the federal poverty line access to high-paid skilled jobs and create a real-world talent pipeline.

“The teen years can be very difficult, and if you’re a teen and you’re in poverty, it’s going to be twice as difficult,” says Michael Khoury, president and CEO of high school’s Detroit campus. “Teens need people around them, work partners who are engaged with them.”

In all, 75 employers each hire up to four students per school year, and pay up to $30,000 directly to the school. That revenue totals about $2.1 million and goes toward its $4 million annual operating budget. Each grade level works one day a week and rotates shifts on Mondays.

All of the school’s 300 students are enrolled in the work-study program from the start of their education to help cover the $2,500 annual tuition. Parents pay what they can, on average between $600 and $700. To further offset costs, some parents volunteer to drive the students to work by bus.

At the outset, students get training in basic office conduct and soft skills like communication and time management.

In her three years at Cristo Rey, junior Anahi Mercado, 17, has had the opportunity to work for DTE Energy and Staffing Solutions, an employment agency with headquarters in downtown Detroit. This year she is at Edward C. Levy, a construction firm headquartered in nearby Dearborn.

“I’m learning to manage other people’s personalities. I’m always working with a lot of people who are in and out of the office,” Mercado says.

“The students are not really getting exposure to those types of careers otherwise, so now if they’re working one day a week in a design firm, they start to sys ‘this sounds like a pretty good job, how do we get one of these jobs?’” Khoury says. “College is not even a hypothetical question. They see the benefits of school in a very real manner.”

While she’s undecided on where she might like to go after graduation, Mercado already has it narrowed down to either Michigan State or Wayne State.

She says she didn’t want to attend Cristo Rey at first, but her mother, who is raising her and a younger brother by herself and works at a CVS distribution center, insisted. Cristo Rey seniors have a 100 percent acceptant rate into colleges.

The alternative for most of the student body is the neighborhood public school, Western International High School, where only 23 percent of alumni go on to college within six months of graduation. Just 3.6 percent of its students are considered proficient in the state’s fairly new assessment program, Michigan Student Test of Educational Progress or M-STEP, and 73.3 students are enrolled in free or reduced lunch, a marker of economic disadvantage.

The companies, meanwhile, are developing a more diverse pool of potential talent.

Pat McDaniel, who runs three offices for Toledo-based Hylant Insurance, says he is creating a part-time position for one such student, Maria Salcido-Hernandez. She’ll work there while attending Henry Ford Community College this summer.

Salcido-Hernandez wants to study nutrition or kinesiology, and in her time working with Hylant, she has applied that interest in the firm’s workplace wellness program.

“We’ve seen the quality of her work and that creates a path for her to hopefully join our firm full-time,” McDaniel says.

He says having high school students in an office also livens up the place.

“A lot of what we do, we have to be licensed so there a lot of things that Maria can’t participate in, but what she does bring is a little bit of youth, energy,” he says. “In the insurance world, we know we’re not race car drivers or doing something crazy, so it’s nice to have that energy.”

The Detroit campus is one of 32 within Cristo Rey’s national network of schools. The first — and its work-study model of financing its operations and opening up college and career opportunities — was started in 1996 by Rev. John P. Foley, a Jesuit priest in Chicago’s Pilsen neighborhood, another prominent Midwest Latino community that has struggled with poverty.

Cristo Rey gets around U.S. child labor law that prohibits 14- and 15-year-olds from working with an exemption granted because the experience is part of the students’ educational programming. In terms of the work for tuition approach, Khoury believes their model is fair.

“I think it’s the best chance for them to get that [quality education],” he says. “It is hard for them, but I think it gives them some of the advantages that public school just can’t.”

All schools in the Cristo Rey network have a work-study curriculum. There are more than 2,500 corporate sponsors, and nationwide, the students earned about $55 million in the 2015-2016 school year.