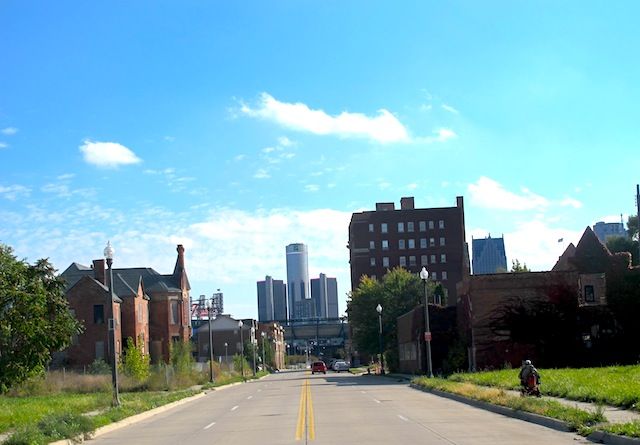 Detroit was ruled eligible for Chapter 9 bankruptcy today. It’s the first step in the city’s path to financial stability after a heated nine-day trial last month, in which the city and creditors battled over Detroit’s finances and $18 billion in long-term debt. It’s also the largest municipal bankruptcy in U.S. history.

“The city needs help,” U.S. Judge Steven Rhodes said in his ruling. “Detroit could have, perhaps should have, filed bankruptcy years ago.” (The city filed in July of this year.)

To qualify for bankruptcy, Detroit had to prove its insolvency, show that it bargained with creditors “in good faith,” had proper authorization to file for relief and show a desire to reduce its debts. Rhodes ruled that the city met these requirements while reading from his 140-page memo.

Though Detroit did not act in good faith with creditors, Rhodes ruled that it was “impracticable” due to the size of debt and number of creditors. Basically, the city did not negotiate in good faith, but met the requirement because it was impossible to negotiate.

This sets the stage for a protracted clash over the city’s assets and potential pension cuts in bankruptcy court. Now, state-appointed Emergency Manager Kevyn Orr will present a restructured plan for the city’s debt, called a “plan of adjustment,” before the end of the month.

Once the city enters bankruptcy court, there are sure to be controversial and emotionally tinged cuts, from pension and retiree benefits to the Detroit Institute of Arts collection, which creditors have eyed to pay off debts. Rhodes said the issue of pension debt is “ripe” for discussion.

“Pensions are not entitled to any extraordinary protection,” Rhodes said. That means pension debts and retiree benefits — those of firefighters, policemen and city employees — are no different than any of the other debts that burden the city. Though pension rights are contract rights, Rhodes added, “it has long been understood that bankruptcy law entails the impairment of contracts.”

Rhodes did go on to tell pensioners that they won’t necessarily see their pensions cut, saying, “No one should interpret this… to mean that this court necessarily will confirm any plan of adjustment that impairs pensions.”

That last bit is huge not just in Detroit, but across the country. Ballooning pension debt is the elephant in the room for many cities, and you can bet local officials from San Bernardino to Chicago are paying close attention to what the Motor City does with its pension debt.

Simply balancing the budget or selling off assets was never going to solve the issue. “A one-time infusion of cash whether from an asset sale or from a borrowing only delays the inevitable financial failure,” Rhodes said. This is just the start of a long, ugly battle and no timeline has been given for bankruptcy proceedings.