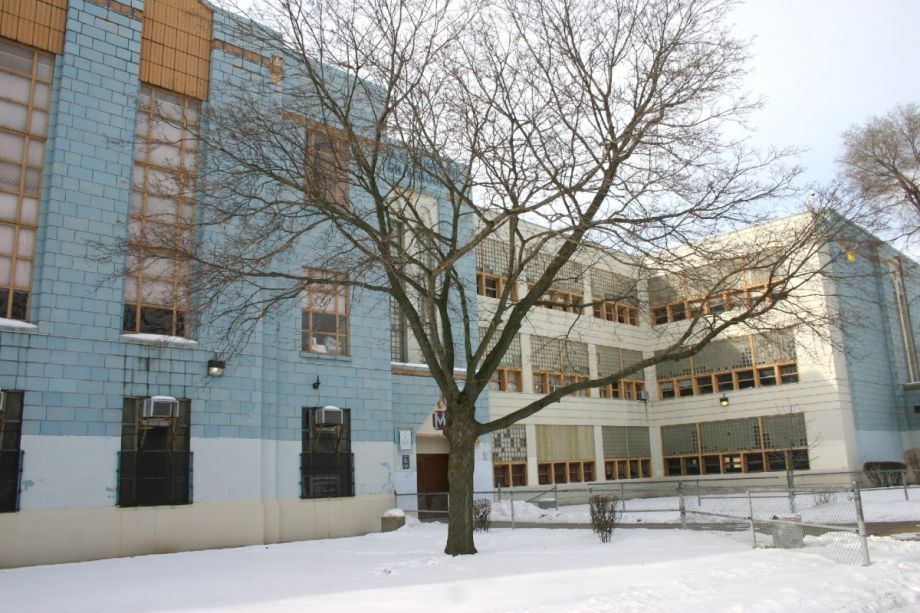 When President Barack Obama visited the North American International Auto Show in Detroit this week, nearly all of the city’s public schools were closed, extending the massive wave of “sick-outs” that have impacted tens of thousands of students.

Since Jan. 11, teachers have repeatedly called in sick to protest the physical conditions that they and students are working in, resulting in closures that have affected at least 88 schools. While the sick-outs are reducing instruction time and presenting challenges for local families, teachers point to the urgency of raising awareness about the tiles falling from the ceilings, broken windows, rodents, standing water, black mold and even mushrooms growing out of the wall.

And I recognize what they are describing. For more than four years, I was a writer-in-residence in Detroit Public Schools through the InsideOut Literary Arts Project. I taught poetry to three classes a week at both Osborn High School and the Detroit School of Arts. DSA, an application school, is housed in a beautiful six-floor building in Midtown, built in 2002 as the first LEED-certified building in the city. It features state-of-the-art performance spaces, including a black box theater and a green room. But Osborn, which opened in 1957 on 7 Mile Road, suffered from dysfunctional heating and cooling systems that left us sweating and shivering by turns as we talked about metaphor. Students wove around the trashcans placed up and down the hallways to catch rainwater that leaked from the roof.

These conditions are neither inspiring nor safe. Over the summer, Osborn benefited from a massive $5 million renovation project led by Life Remodeled, a Detroit nonprofit that did similar work at Cody High School the year before. Likewise, in 2010, the Communication and Media Arts High School was rehabilitated by NBC television show “School Pride.” CMA students had pled their case to the show when they learned that their school was in danger of shutting down because of disrepair. When 1,792 volunteers showed up to help with the rehab, the reality show rerouted some of them to work on other nearby schools. Partly because of the fix-up, CMA is still open today.

But public schools should not have to rely on the occasional generosity of television producers and nonprofits to meet basic needs. The sick-outs are how teachers hope to break the complacency about Detroit schools, and, indeed, they succeeded in getting the attention of Mayor Mike Duggan. He toured the schools and promised action by ordering inspections of every building in the district. His spokesman has said that Duggan hopes to have the first 20 schools inspected by the end of the month, and all of them inspected within three months.

But Duggan has also urged teachers to return to the classroom, saying that while their frustrations are legitimate, “the solution is not to send the kids home.” This week, the school district requested a court injunction to stop the sick-outs, arguing that they are depriving students of their right to education. The court denied the requested restraining order to compel the teachers to return to work, but it scheduled a hearing for Jan. 25. In Michigan, it is illegal for teachers to strike.

Notably, the school system is run by Darnell Earley, the same state-appointed emergency manager who presided over the ill-fated decision in Flint to switch to untreated river water, leading to a public health crisis in the city of nearly 100,000 people. He is the latest in a string of managers who have operated the school district for nearly seven years.

But state oversight has not been able to pull the school system onto an upward trajectory. It owes a debilitating $3.5 billion in debt, mostly in pension liabilities. About a third of the revenue that comes into the district goes toward paying it down.

Earley has said that the school district will run out of cash within the next five months if the state doesn’t step in to help. Duggan calls for the state to “act with real urgency.” A report issued last fall from Michigan State University underscored how “Michigan incubates financial distress” in its cities because of its “stringent limitations on local revenue and its relatively low level of financial assistance to cities.” The state has diverted more than $6 billion in planned revenue sharing away from cities since 2001, and it is difficult for cities to raise revenue themselves because of laws that put unusually strict caps on locally collected property taxes.

It’s a toxic mix that hamstrings the ability of cities to invest in what citizens value most — like a good public school system.

If Michigan has learned anything from the Flint water crisis, where it failed to heed citizens who pointed out hazardous conditions in a community led by a state appointee, then it should step in here.

Governor Rick Snyder’s proposed plan for Detroit Public Schools is to split the district in two. The debilitating debt and the elected school board would remain with the “old” district, along with the operating millage, while a new Detroit Community School District would teach children and be supported by state funding that operates on a per-pupil basis, along with an additional compensating appropriation. It is more or less modeled on the process that got General Motors through bankruptcy. Last week, Michigan lawmakers introduced legislation that sets up the structure for this district with a nine-person school board that is appointed by Snyder and Duggan. The mayor will hire the superintendent.

At this point, it’s hard to tell if this plan is a solid one, or simply the only reform option on the table. Meanwhile, Detroit families have been voting with their feet: More than half of the city’s schoolchildren now attend charter schools. While charter schools draw funding from the traditional school system, they are outside its oversight. As an expansive investigation from the Detroit Free Press pointed out, some charter schools are excellent while others are quite poor — and Michigan lacks a strong system of accountability for the privately operated charters, making it difficult for families to tell the difference.

In his state of the state address last Tuesday, Snyder also said that he would create a commission on 21st-century education, a “bipartisan, multi-stakeholder” team that focuses on how to overhaul the state’s school system. The commission is expected to report its findings in November.

But it shouldn’t be too difficult to sort out the core problem in Detroit.

When you disinvest a school system, you end up with schools that don’t just have trouble providing a quality education, but also with keeping students and staff safe and secure. The sick-outs are an attempt by teachers to force public officials to look at the fallout of this systematic disinvestment. If they are going to continue to champion Detroit’s successful navigation of the largest municipal bankruptcy in U.S. history, they need to account, too, for the public schools. Here in a city that is working to make good on its promise of a comeback, Detroit Public Schools should be a point of stability and pride.