What Detroit Can Learn From L.A., Seattle About Building Support for Transit – Next City

What Detroit Can Learn From L.A., Seattle About Building Support for Transit 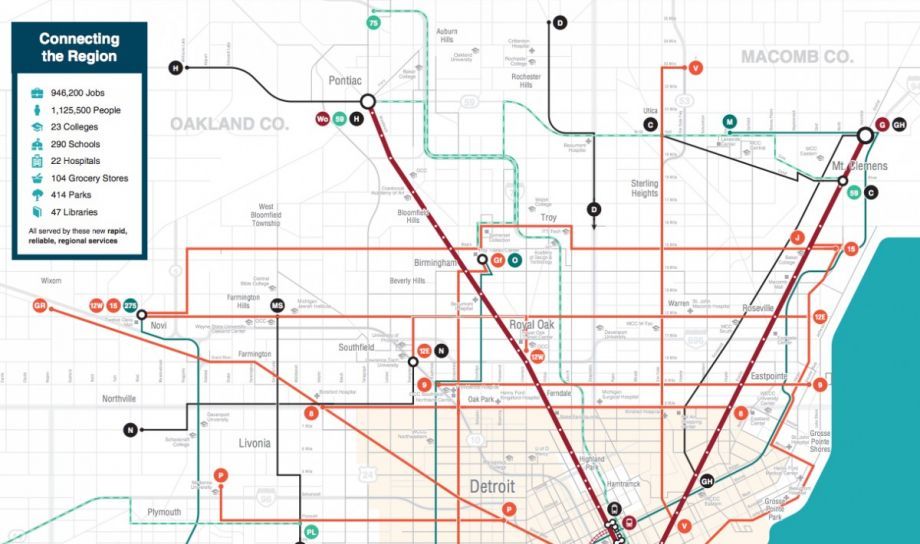 Michael Ford, CEO of the Regional Transit Authority (RTA) of Southeast Michigan — the group that sought the 20-year, $3 billion property tax for new and improved bus and train service — said the organization will look in particular at what made initiatives successful in Seattle and Los Angeles.

“We need to best determine lessons learned and any other vital information that can help propel us forward, so that we are successful in our next attempt to bring about needed regional transit in Southeast Michigan,” he says.

Voters in three counties in metro Seattle passed a $54 billion proposal to fund 62 more miles of light rail and 37 new stations, among other expansions, over the next 25 years. Los Angeles approved a countywide half-penny sales tax that should generate $80 billion in transit improvements over the next 40 years, including new trail, bus, subway and bus rapid transit lines.

James Canning, a former spokesperson for the metro Detroit RTA and current communications director for Seattle’s mass transit advocacy group, said one reason those initiatives succeeded where Detroit’s failed is that Seattle and Los Angeles had a history with transit and transit taxes. Los Angeles had rejected transit tax proposals in the 60s and 70s before passing one in 1980. Seattle rejected a regional transit system in the 60s before passing a transit tax in the late 90s. So in those cities, “there’s been some experience using it,” says Canning. “People here [in Seattle] see mass transit as a solution to a problem, growth and gridlock.”

Since its streetcar and train service ended by the 1950s, Detroit has only had buses, “so many voters lack the physical familiarity with what the tax would pay for,” according to Crain’s. Seattle and Los Angeles are also seeing their populations continue to grow, while Detroit’s population has been flat for 50 years.

The RTA staff will spend the next few weeks analyzing the results and deciding on a plan for the future. By law, RTA can only seek a tax every two years, so there may be discussion about whether it’s the best organization to lead a transit effort. The tax failed by fewer than 20,000 votes out of 1.7 million cast in four counties, winning in Wayne and Wasthenaw counties but failing in Macomb and Oakland.

Some have placed the blame on a lack of grassroots outreach, others on a lack of elected support. Canning pointed to Seattle’s system of taxing districts, which ensures people who live far from buses and trains don’t need to pay for them. Others have said Detroit’s effort was just too much too fast.

“If our region’s voters had been presented with an incremental and thoughtful plan that focused on meeting the requirements of those people who truly need help getting around on a daily basis, it likely would have been successful,” says John Mozena, vice president for marketing and communications at the Mackinac Center for Public Policy, a free-market think tank. He advocated for improving existing systems rather than creating new ones.