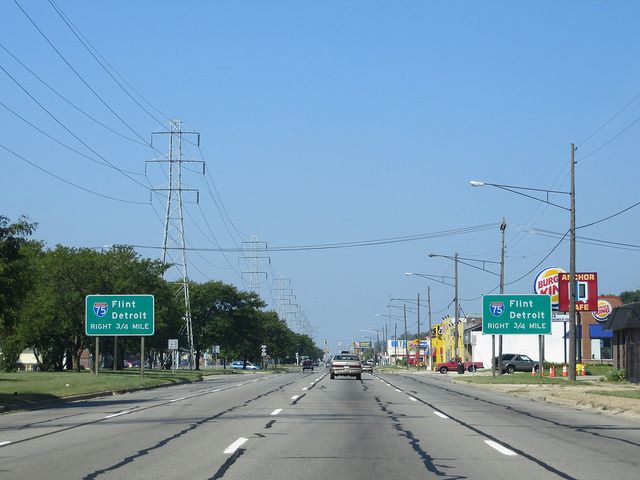 National reporters have cooled off on the Detroit beat. They rolled into town, wrote about the strengthening downtown core, sprinkled in some wire photographs of blight on the east side and decamped for their home bureaus, where they file the occasional dispatch with a canned quote from Emergency Manager Kevyn Orr.

But Detroit News reporter Chad Livengood has an excellent — and I think hugely important — story in today’s paper about how Detroit is getting no help from the state in collecting city taxes.

Some history: In April 2012, Michigan Gov. Rick Snyder’s administration promised to help the city collect millions in unpaid city taxes from commuters who live in the city and work in the suburbs. Most metro Detroit businesses don’t take the 2.4 percent city income tax out of the paychecks of these employees. Instead, reverse commuters are expected to pay it themselves.

As state Sen. Bert Johnson told Livengood, “I don’t know anybody in Detroit or otherwise who pays a bill that they don’t get an invoice for or are being asked to pay.”

This accounts for a whole lot of missing dough, considering 54 percent of Detroiters are reverse commuters. A study commissioned by Mayor Dave Bing’s office estimated the city missed out on $142 million in uncollected tax revenue in 2009, the same year it racked up a $280 million budget deficit. That’s a minuscule slice of the long-term debt — which ranges from $18 billion to $20 billion, depending on whom you ask — but it’s the kind of tax revenue the city needs to right the ship moving forward.

No legislation has been introduced that would require suburban employers to collect city taxes. And this is the kind of blind refusal towards regionalism that could doom Detroit — and other sprawling municipalities — if it doesn’t at least consider how cooperation could make for a stronger economy and better public services. Detroit-based reporter Ryan Felton has a deeply reported feature in the new issue of In These Times in which he touches on how regional authorities have worked elsewhere (the Twin Cities, Portland, Ore.) and what they could do for Metro Detroit:

Another option is for Detroit to seek outside financial aid through regional initiatives to boost funding, an effort that would have to be state-driven. Margaret Dewar, professor of architecture and urban planning at the University of Michigan, says, “Regions that have done really well have tended to say, ‘We want to have regional solutions, not just have every city on its own.’ ” She cites Metro, the regional government in Portland, Ore., and Minneapolis-St.Paul’s Metropolitan Council as successful examples of how a regional tax base can work.

But local officials, including noted lunatic sprawl enthusiast L. Brooks Patterson, want nothing to do with it:

In metro Detroit, where some suburban officials push for more sprawl and cry foul when a business relocates to the downtown district, regionalism is deemed a pie-in-the-sky idea.

I’m not saying that a regional authority and/or tax base will fix Detroit. But some sort of regional cooperation — on both taxes and transit — would (hopefully) break down the sort of borders that are perpetuating rampant unemployment and low tax revenue in the city. There are good job opportunities in the suburbs, but lack of easy access to transit for people without cars — 60,000 of Detroit’s 349,000 households have zero access to a car — makes applying for those gigs a nonstarter. Low-income residents looking for work can’t seek out living wage jobs in the suburbs because they have no means of getting there.

Rather than even discuss the idea of any form of regional cooperation, Detroit is arguing about demolishing a historic bank for a parking garage. Detroit doesn’t need more parking — just look at this crazy map of the Motor City’s various and plentiful parking options: 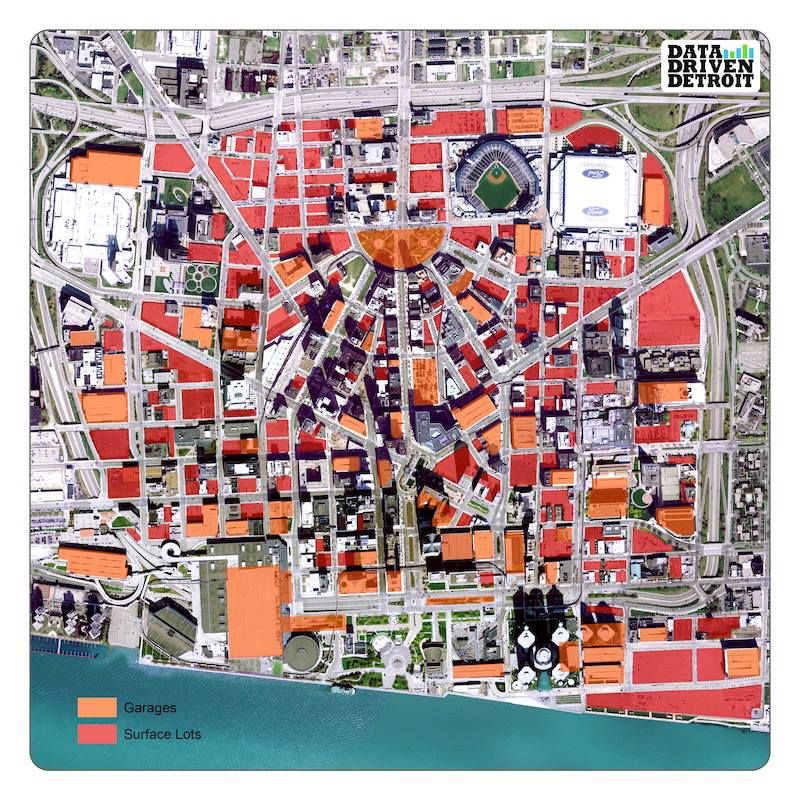 Instead, the city needs more voters and taxpayers and better basic services. Some help from the state in collecting unpaid tax revenue from reverse commuters would be a start.