Mystery in Detroit: Was a Pop-Up Store Event Successful or Not? – Next City

Mystery in Detroit: Was a Pop-Up Store Event Successful or Not? 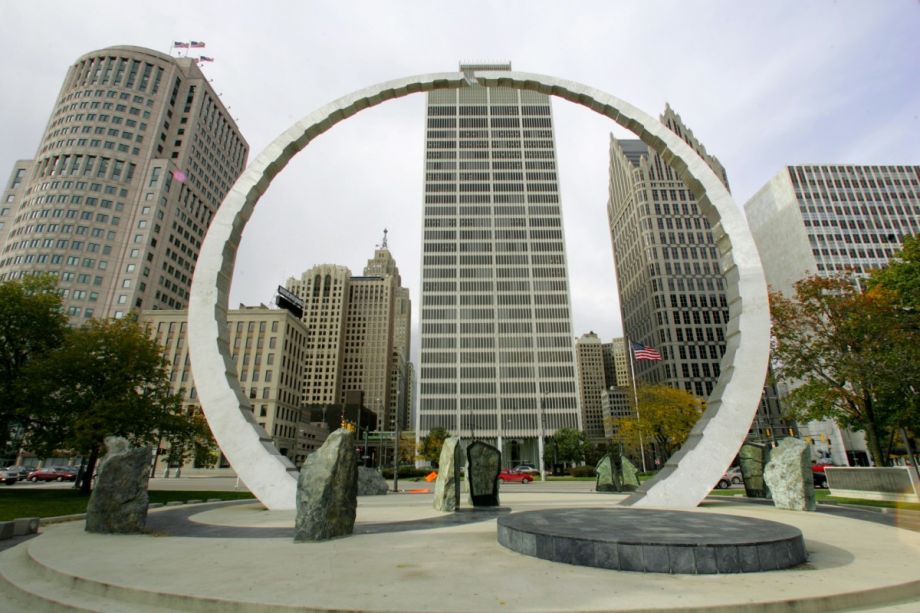 This is where style reigned. On a tree-lined stretch of Livernois Avenue in Detroit, between 6 and 8 Mile Road, you can see the bones of fashionable boutiques, hair shops, restaurants and cafes. Pedestrian-friendly storefronts aren’t more than a few stories tall, and they are built with brick and wide-open windows. The legendary Bakers Keyboard Lounge, the oldest continuously operating jazz club in the world, still makes music here at the corner of 8 Mile and Livernois. Favorite hangouts, like 1917 American Bistro, serve locals with panache.

But this legacy business district on Detroit’s northwest side, well apart from downtown, has grown patchy with vacancy over years. The rise of suburban malls in the 1970s and 1980s drained it, and these days, the strip once known as the “Avenue of Fashion” has a hollowed-out feel. Still, though, it has proximity to anchors like the University of Detroit Mercy and Marygrove College, along with relatively stable residential neighborhoods. That’s why Livernois Avenue caught the eye of catalyst programs looking to jumpstart economic development. There are nearly 9,000 households with average incomes of $50,000 within about a mile of the district, which is seven times higher than the regional average — but locals spend at least half of their money outside the area.

In a signature project called “Light Up Livernois” last year, REVOLVE Detroit — an initiative of the public-private Detroit Economic Growth Corporation — orchestrated a coalition of artists, and both permanent and pop-up businesses, to showcase a lively Livernois Avenue. It was modeled on a similar effort in an east side neighborhood that yielded several permanent businesses, including Tarot and Tea, Red Hook Coffee, and Detroit Vegan Soul.

The community had a chance to vote among 45 contenders for what businesses they’d most like to see supported by REVOLVE’s program. (Art in Motion, a ceramics studio, was the top-vote-getter.) The hope was that the two-day “Light Up Livernois” event would give the city a peek at what a vibrant avenue could look like, and inspire the community to take the serious steps in making it happen, beyond the scope of the initial contest.

So, nearly a year later, did it work?

It’s hard to tell. It is difficult to trace out the impact of “Light Up Livernois” because of the lack of public accountability and evaluation. This isn’t unusual: Grant and contest programs designed to catalyze business in cities are fashionable these days (see also this, this, this, this, and this). But by and large, they haven’t evolved with transparency that lets the community see what happens after the hype. Theoretically, a permanent business that opens is a sufficiently transparent sign of the program’s effectiveness. But what if plans change? What if the business doesn’t open as expected? What if its business model makes a left turn?

In that case, the community is largely left to guess, or patch together information from rumors. The organization itself isn’t sharing this information in any clear or comprehensive way. The closest thing to revealing can be found in the REVOLVE website’s October 2013 blog post that boasts of thousands of visitors, and the transformation of 10 vacant storefronts and four public spaces at the September showcase. But there is no mention of how many permanent businesses actually came home to Livernois Avenue. There is no mention of what was attempted and did not work out: Certainly there are no lessons learned detailed here. In terms of community feedback, the blog post quotes only a positive and un-linked remark by “one user on Twitter.” One of the new Livernois entrepreneurs is also quoted, but it is an un-cited copy of a quote that appeared in the Detroit Free Press a month earlier.

And there are these cautious numbers: Of five awarded $10,000 grants, only two permanent retail shops opened up. Of eight awarded $2,000 grants, only two pop-ups opened up (and both became permanent). Two additional pop-ups and two “permanent” businesses opened for one night only: September 20, 2013. A number of excellent murals were completed on the outside of Livernois Avenue buildings, but several art installations, granted REVOLVE money, were installed and displayed for this same “Light Up Livernois” night, and are now gone — including a commissioned and funded piece by Walter Bailey that frequently appears in videos and photos.

But other details remain hazy. What happened to Pages on Livernois, for example, the bookstore that received REVOLVE support? It was expected to be in a space called the Regal Café, which itself was supposed to be a “permanent business” catalyzed by REVOLVE’s Livernois program. The space has new windows and a sign, but neither the café or bookstore have materialized. If you peep through those windows, you’ll see bookshelves with book displays inside, as well as a coffee bar and furniture. But the doors remain locked.

And now, REVOLVE is off and running in its work to catalyze a third Detroit neighborhood: Grandmont Rosedale is the focus this year.

More than just a question of what opened, and what didn’t, is the transparency about the promises REVOLVE made to entrepreneurs and residents. What is the status of catalyst grant money they were offered? What about construction updates on the venues that “Light Up Livernois” “transformed”?

Reporters can chase down latter-day stories on signature programs like this — “follow the money” and all that — but it’s incumbent on the programs themselves to plainly share information about what works and what doesn’t.

This crucial evaluation appears to have been time-crunched out of the Livernois program. Fueled by grants by the DEGC and ArtPlace America, a network of foundations, the Livernois program was rushed: A public call for applicants went up June 20, 2013 and closed July 13, 2013. Voting results were announced in August, and “Light Up Livernois” took place on that showcase night, September 20. REVOLVE itself acknowledges that this brief span created “a near-impossible deadline.”

It is laudable that the organization is looking beyond downtown to enhance neighborhoods, collaborating with existing and potential entrepreneurs. But it, and similar contest programs, must be sure to not let due diligence succumb to hip headlines.

If organizers want to “engage the community” on the front end of these programs with our votes, our attendance and our social media, then they have a responsibility to engage us on the back end as well. They must deliver a clear, thorough and candid accounting of how the program met, exceeded, and failed expectations. Not only is this a way to build trust with the community, but it also serves the public good so that those who are developing imitative projects — and they are legion — don’t make the same unintentional mistakes, possibly causing harm the community. While it is understandable that REVOLVE wants to move on a speedy timeline (god knows Detroit has waited long enough for development), it should remember that nobody is served by work thinly done.