Can “City of Design” Title Help All Detroiters? – Next City

Can “City of Design” Title Help All Detroiters? 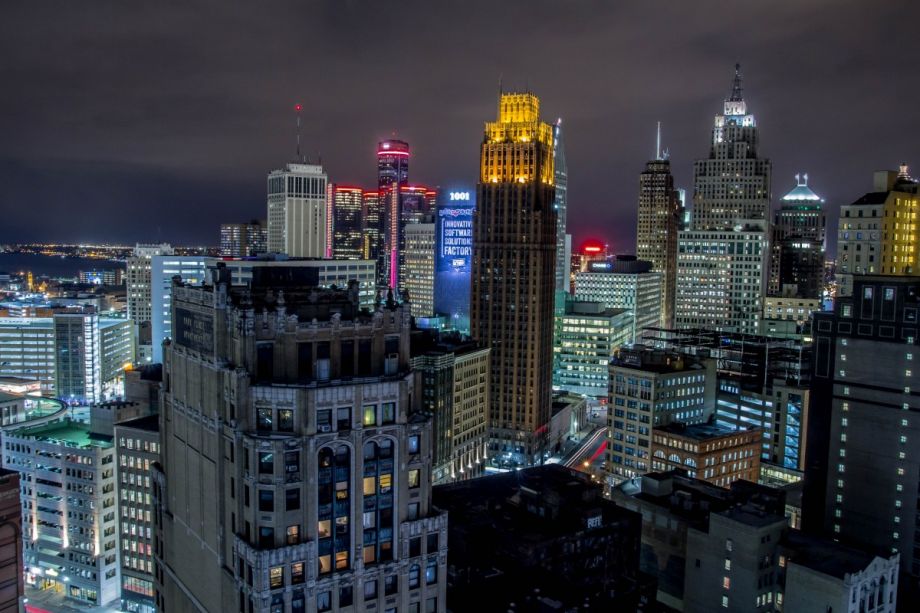 When Chioke McRae drives by the massive Shepard Fairey mural on the Compuware Building in downtown Detroit, he sees a great piece of art.

He also sees a sign that he’s in one of the select neighborhoods that the city holds up as an example of its revitalization efforts. “It’s great, and he’s a popular graffiti artist,” says McRae. “But it does nothing.”

Detroit nabbed the only City of Design designation by UNESCO in the United States back in 2015, a nod to the Ford Motors home city and its $2.5 billion creative economy. Now, economic developers are partnering with creative leaders like McRae to spread some of Detroit’s design resources and opportunity to entrepreneurs in impoverished neighborhoods.

Olga Stella, executive director of the Detroit Creative Corridor Center (DC3), believes design can be a new economy in the neighborhoods miles outside of Detroit’s downtown where, McRae says, the people are still asking when they’ll be included in the “new Detroit.” (DC3 promotes the city’s creative businesses and applied for the UNESCO designation.)

“What would seem to be unlikely stakeholders would be drawn into this process — like returning citizens [from the criminal justice system],” Stella says. “A big part of what we’re hoping to achieve with all of this is to draw on Detroit’s diversity, and its authenticity, to help develop a strategy that leverages our innate creativity [for] an equitable and sustainable city.”

Indeed, there’s a robust spirit of entrepreneurship far outside the Downtown circles where the term “entrepreneurship” is a buzzword. Grace in Action, a nonprofit in Southwest Detroit, is the guiding hand behind a youth-owned company called Stitching up Detroit that screen prints, makes textiles and runs a graphic design arm. The operation provides youth with a window into how design can double as a business venture in a neighborhood where more than 50 percent of residents don’t have a high school diploma.

“I think that there’s a huge opportunity for Detroit’s young people to be the next user interface designers,” she says, referring to those developers who program what apps and computer programs look like on our screens. “It’s about creating those pipelines and connecting [with] a number of different training programs, teaching people how to code and reaching out into minority communities,” she adds.

Three years ago, with the help of $1 million from the New Economy Initiative, a philanthropy-driven economic development fund, DC3 was able to provide mentorship, a space to meet and office equipment to local minority entrepreneurs like McRae, who’s a partner at the marketing company Root 4 Creative. He’s a believer that the creative industry can break down its walls and go to Detroiters who would have to bus into Downtown to access a co-working space.

As a researcher keeping an eye on Detroit’s comeback from its 2013 bankruptcy, Jenny Lendrum has more questions than answers about DC3’s optimism. When asked if the creative economy can be a financial boon to poor residents, the PhD candidate in sociology at Wayne State University wonders how DC3’s program will ensure impact far beyond the classrooms of the educational facilities guiding much of its support.

“For example, in the neighborhood I study, one of the single mothers, living in subsidized housing without access to a vehicle, has a 20-year-old daughter who has been drawing since age 7 or 8. While she graduated from a charter high school in Detroit, she has no college or art school prospects in her future,” says Lendrum, referencing her research into Detroit’s informal economies. “How might DC3 reach out to someone like her, with natural talent, but very limited resources?”

Or the elderly man she knows who builds and sells doghouses from the garage a stone’s throw from the house he’s lived in most of his life. “He is older, I imagine with few formal computer or tech skills, but has managed to sustain a small business for himself in the neighborhood, with a reputation for his work. How will the initiative help transfer these types of skills?” she asks.

They’re incisive questions — exactly the type that could guide DC3 as it shapes a strategy for deploying a recent $1 million grant from the Knight Foundation. Stella says a team to write that blueprint will be announced later in March, and includes two firms — one that’s “working in inclusive economic development” and another with a background in “social impact projects in our community.”

DC3 is confident that the Detroit residents highlighted by Lendrum will be exactly the ones to benefit from a broader design community that’s no longer limited by ZIP code. “It’s not design for design’s sake or creativity for creativity’s sake,” she says. “There are real opportunities for our makers to scale, and we want to look at ways to increase those opportunities.”