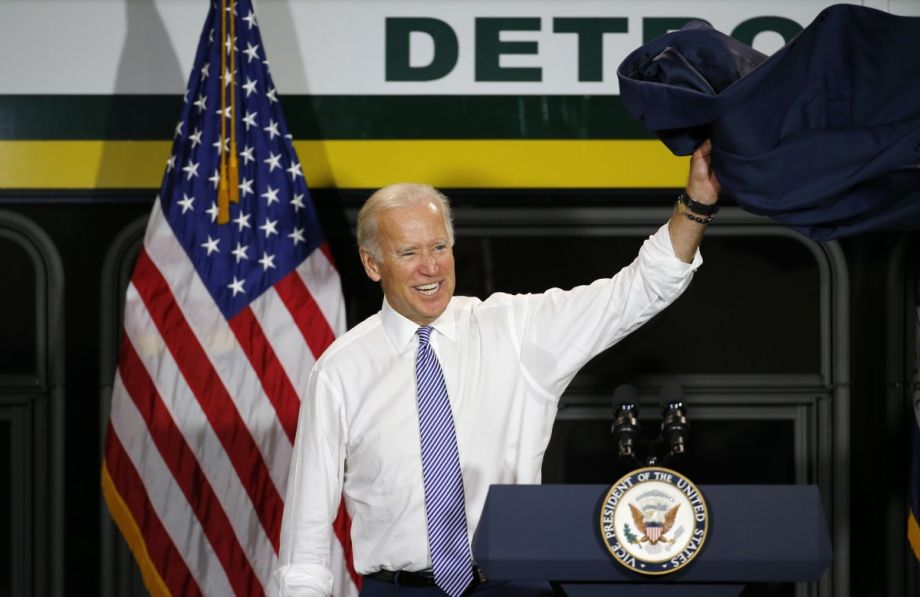 Vice President Joe Biden visited Detroit this week to celebrate a comeback milestone: The city finally has enough buses to cover its posted routes. That hasn’t been the case for 20 years, but with 50 new buses and nearly 100 refurbished, there’s a fully functioning system once again. Biden was credited with guiding federal funding to Detroit to help make it happen.

According to the Detroit Free Press, Mayor Mike Duggan said that the conversation about the buses came about during a dinner with the vice president a month into his term.

“He said, ‘If I can do one thing to help Detroit, what would it be?’ and I said, ‘We need buses,’ and he said ‘Buses?’ And he said, ‘Of all the things I thought you were going to ask me for, I would not have guessed buses was the first priority,’” Duggan recalled.

The underperforming bus system was particularly problematic in Motor City, where many residents rely on public transportation to get to work. Across the U.S., officials are paying increasing attention to the issue of transportation poverty.

Detroit radio station WDET reports: that “Biden says he was initially surprised when Duggan told him how imperative it is for the roughly half of all Detroiters who do not have a car to have decent public transit that can deliver them to jobs or schools.”