Detroit Magnate Decides He Doesn’t Want 6,000 Blighted Properties After All – Next City

Detroit Magnate Decides He Doesn’t Want 6,000 Blighted Properties After All 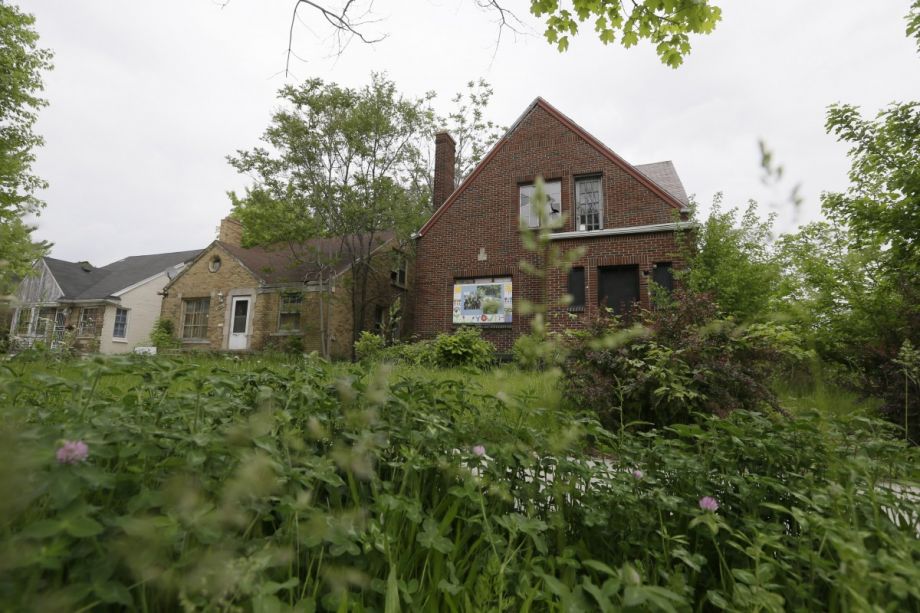 You heard of the casino developer who scooped up 6,365 foreclosed Detroit properties in a single mysterious bid? Well, forget him: Herb Strather withdrew his eyebrow-raising bid this morning.

Strather withdrew his $3.1 million bid for an enormous swath of Detroit buildings and lots today, scarcely a week after placing it and after inspiring dozens of headlines around the country, including in the Huffington Post, Bloomberg Businessweek, and the Associated Press. His change of plans was confirmed by Deputy Treasurer David Szymanski, who gave me this statement:

This morning Wayne County Treasurer Ray Wojtowicz received word from Herb Strather that the bid for the blight bundle consisting of over 6,000 properties was being withdrawn following discussions concerning a possible development agreement. Confirmation has been received through discussion with John Page of Eco Solutions, who was the registered bidder. He expressed interest in being involved in further opportunities in the blight elimination efforts in Detroit.

“The development of … this package of properties was unique and we appreciate the interest expressed by Eco Solutions, John Page, and Herb Strather. While we were not able to reach agreement as to a development agreement we do look forward to continued participation by Eco Solutions as we work with Mayor (Mike) Duggan to address blight in our neighborhoods. Blight elimination is essential to improve conditions in our communities,” explained Treasurer Wojtowicz.

Strather backing out is good news for Detroit. And rather than being a bizarro anecdote in the story of the city’s revitalization, the debacle reveals something important for cities with an over-abundance of neglected properties: Blight bundles work.

When the news of Strather’s bid broke, it was spun in some quarters as a conspiracy to bury a mysterious super-valuable property in a package that was sold on the cheap to a speculator. That was not the case, but it was true that no one but Strather was glad that Strather made this purchase: By design, nobody was expected to bid on blight bundle, which would have led to the properties being transferred to the Detroit Land Bank Authority. And Strather, with a patchy history of property responsibility, was a particularly worrisome buyer: Tax liens filed against him total $227,530 since 2009, and there was an additional $77,229 judgment against him obtained by Comerica Bank.

The surprise cameo by an opportunistic developer skewed the city’s intentions for these properties and even worse, set up a scenario that would likely work against the city’s redevelopment strategy. In interviews, it was apparent that Strather had not a clue about what he would do with all this real estate or even what he legally could do.

While the blight bundle’s terms require him to come up with a viable plan for redevelopment by a certain deadline, Strather could only say that he wanted to work with “dozens” of other organizations to develop projects; he said the land bank would be one of his partners, apparently ignorant of the fact that the land bank does not finance private properties for the benefit of a private company. His vaguely sketched plan was legally impossible.

“We’re gonna make a profit,” Strather said, according to Bloomberg. “Of course we’re going to make a profit.” And he told the Detroit Free Press: “It would take about $2 billion to finish it all,” meaning redevelopment. “Two billion in five years. We’ll do it.”

But even if Strather hadn’t backed out of his bid, it was unlikely that the properties would be in Strather’s hands for long. The surprise turn of this story was never an indictment of the blight bundle process — which is actually an effective tool in cities like Detroit with an abundance of vacant and dilapidated properties that are in need of attention. Indeed, more cities should take advantage of this tactic.

Here’s what really happened in Detroit: The blight bundle was put together as a collection of properties with varying desirability and that was completely intentional. About a thousand are in good shape, albeit in need of some repair, while about 2,000 more are vacant lots and about 3,000 are in terrible shape and need to be demolished. All were tax-foreclosed properties put forward in the county auction. The county bundled them because otherwise, nobody would ever bid on the land with structures that need to be demolished; the bundle essentially makes it so that the cost of admission to the valuable real estate is to take responsibility for some of Detroit’s toughest properties.

And this isn’t just talk. The deal is that the demolitions — all of them — must be completed in six months. The cost of doing that is expected to be about $24 million, or about $10,000 per demolition. That significantly raised the price of Strather’s investment. And no, the land bank wasn’t going to use federal demolition funds to demolish Strather’s tough cases for him, while he personally profited from the good ones.

“This is going to be a massive undertaking, so it’s not as simple as saying ‘this is what I want to do,’” Szymanski told the Free Press.

Now, again, nobody was expected to bid on this particular blight bundle. With no purchaser, the properties were expected to be transferred to the land bank, which would use the money from selling the good properties to pay for demolition on the bad properties.

For all the publicity Strather and his 6,000 properties got over the last week, the deal never closed. He did submit a deposit of $315,000 to put a “hold” on the properties while he worked on developing a viable plan for them, which would have had to get approval from the Wayne County treasurer.

The properties now transfer back to the city, which will proceed with the process until, most certainly, the properties do end up with the land bank after all. Strather does get his deposit back — something that would not have happened if he had gone forward with submitting a plan that was deemed unviable.

And this, perhaps, is the greatest evidence that the blight bundle, as an urban planning tactic, is a good idea. Even with curveball thrown in, the process works. Casual speculators don’t win; Detroiters do.

[UPDATE: An earlier version of this post incorrectly stated that Strather wouldn’t get his $315,000 deposit back.]