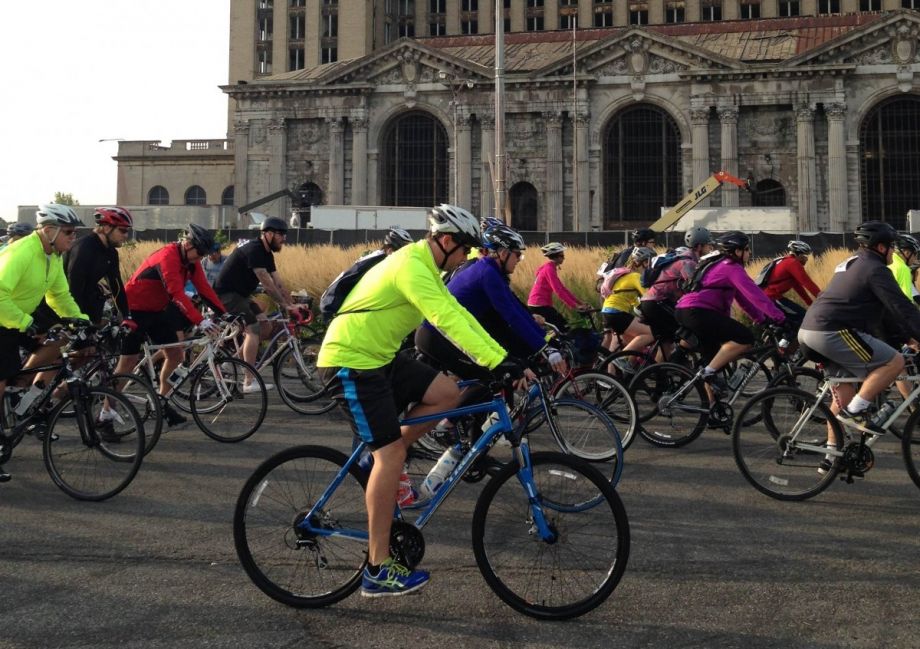 Chicago might be claiming bike-share bragging rights, but the popularity of two wheels continues to grow in the Motor City.

Detroit is embracing the growing bike culture, according to the Detroit Free Press.

An upcoming art exhibit at Detroit Artists Market titled “We the Vehicles: A Tribute to Detroit Bicycle Culture” echoes a bourgeoning trend toward cycling throughout the city. The Detroit Free Press reports several factors are contributing to more bike-riding in the city, including an inclination toward healthier living and ample room on “sparsely driven roadways,” as well as a renewed general interest in the city.

The renaissance is partly inspired by Slow Roll, a weekly bike meetup that barely reached double digits in its first iteration. Now in its fifth season the group ride has thousands of participants and welcomes a diverse group of cyclists. Detroit’s success with attracting “all kinds of people, and all kinds of bikes,” as the Free Press describes it, speaks to the possibilities of equitable bike infrastructure.

Even as the city has dealt with bankruptcy and blight, the Free Press reports that in the last five years, the number of bike lanes has upped from covering 50 miles to nearly 200 projected by the end of the summer. There has also been a growth in bike repair stations and bike shops, as well as increased popularity for the annual Tour de Troit, which expects 7,500 cyclists for its annual ride this fall.