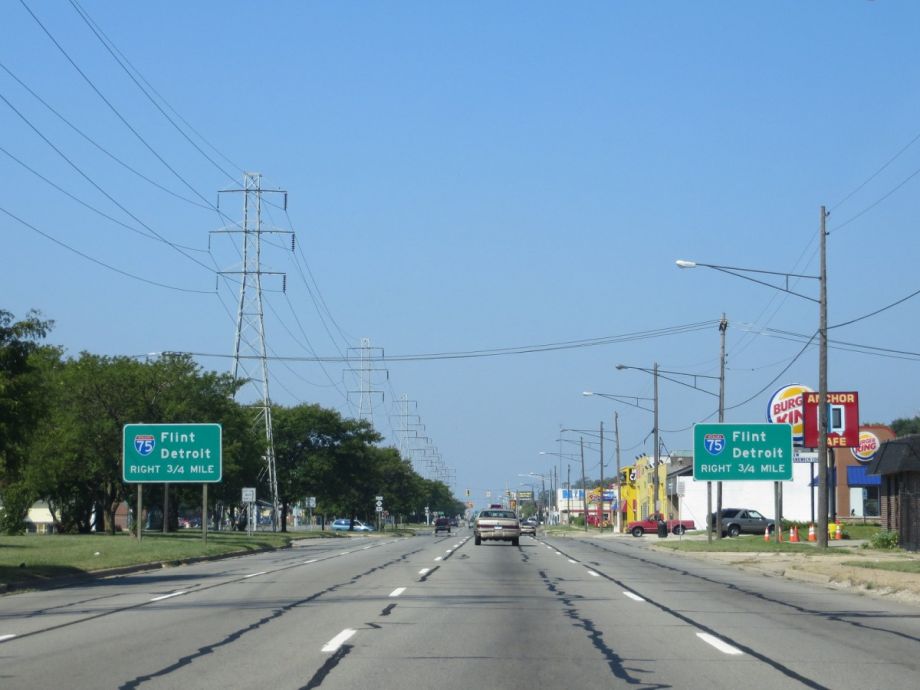 Cruising down 8 Mile Road between Detroit and the nearby suburb of Warren. Credit: Sean Marshall on Flickr

Detroit Emergency Manager Kevyn Orr filed a plan on Friday that details the city’s path out of bankruptcy. At 440 pages it covers everything from pension debt to the sewer department, but buried deep in the tome was a proposal that could buoy the city’s tax base immediately: Tax the Detroiters who work in nearby suburbs.

“The city is considering the enactment of a local ordinance that would require employers to withhold city income taxes of reverse commuters,” the Plan of Adjustment reads.

Fifty-four percent of Detroit residents are reverse commuters. A 2009 study commissioned by then-mayor Dave Bing found that the city lost an estimated $142 million in uncollected tax revenue from reverse commuters. The problem is, suburban employers aren’t forced to take out the 2.4 percent city income tax from employees who live in the Motor City.

This is not to say that officials haven’t tried collecting that money before. In 2012, Michigan Gov. Rick Snyder made faint promises to help the city levy all those unpaid taxes from reverse commuters. Nothing came of it. Besides, why pay something that the city isn’t coming after?

“I don’t know anybody in Detroit or otherwise who pays a bill that they don’t get an invoice for or are being asked to pay,” Sen. Bert Johnson told the Detroit News, which explored reverse commuting’s effect on the city back in August.

Moreover, local legislation alone won’t get the job done. Outlying suburbs have shown little interest in tax policy changes, so real change has to happen at the state level. “We can’t pass an ordinance here that would compel communities like Pontiac or Lansing to collect those revenues,” Bill Nowling, Orr’s spokesman, told the News this weekend. “We would need the state’s help to make something like that happen.”

Orr has his critics, from pensioners to bondholders. But making sure that the city collects its income tax from residents who work outside city limits — the fine print in the bankruptcy plan getting less press than pensioners — is something all city residents could get behind. It’s a relatively simple way to boost the tax base and ensure that Detroit receives the taxes it’s supposed to get anyway.