Designing a Future of Plastic Roads – Next City

Designing a Future of Plastic Roads 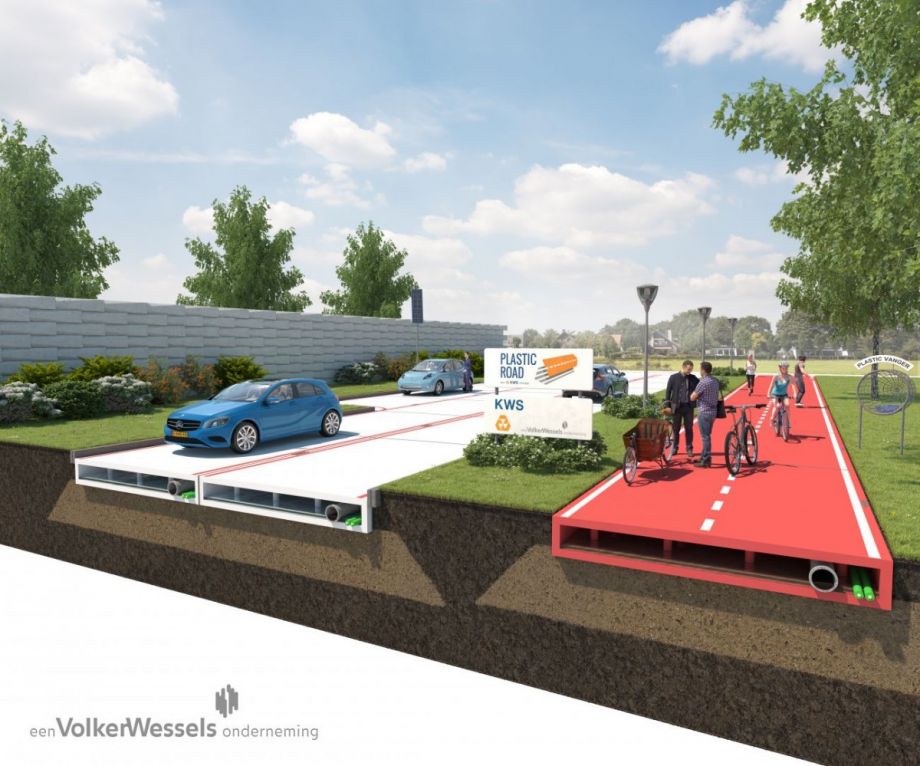 VolkerWessels’ concept, aptly named PlasticRoad, is a lightweight streets material made entirely of recycled material. The firm stresses the design would take a fraction of the time to construct and last about three times longer than typical road asphalt. Maintenance, too, would come cheap (or even free) because of the plastic’s increased durability.

Engadget reported the designs would also survive greater temperature ranges and can be pre-assembled for faster implementation. Hollow space in the plastic design can also offer ample room for cabling, pipes and rainwater.

The company’s goal is to have an operating plastic route within three years. The Dutch city of Rotterdam, Engadget reports, is interested in doing some test runs in a lab.