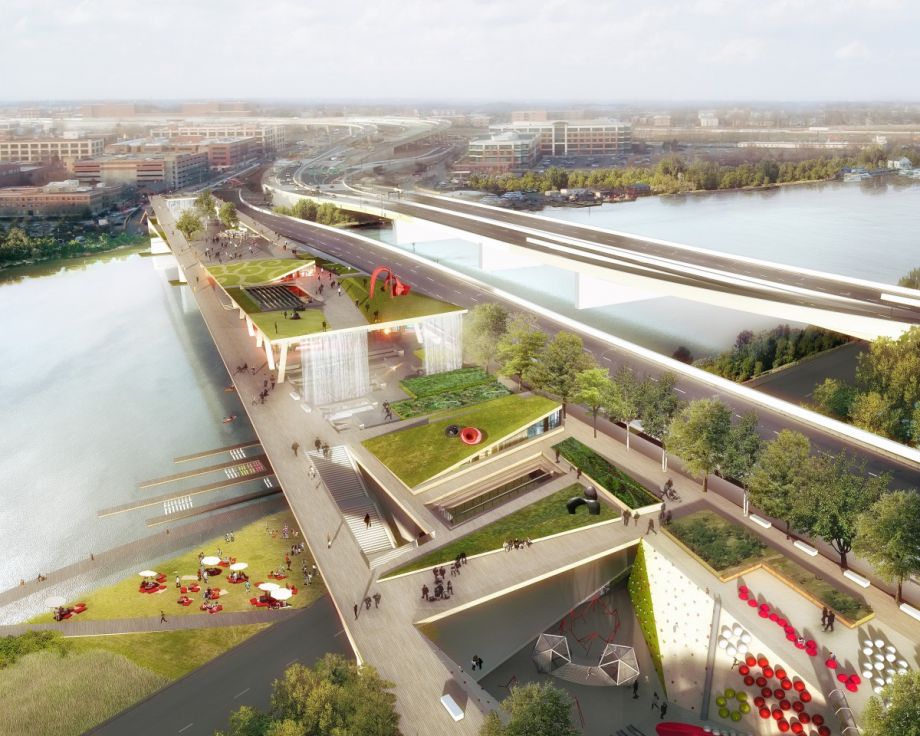 Nearly three years after the idea bubbled up to convert old bridge piers on Washington D.C.‘s Anacostia River into park space, the 11th Street Bridge Park has picked design firms OMA, headquartered in the Netherlands, and the Philadelphia-based Olin for the project.

Plans for an elevated park inevitably bring NYC’s High Line to mind, but as Stephen Smith noted on Next City back in March, “the High Line glides above West Chelsea and the West Village, some of the New York’s priciest neighborhoods, while the 11th Street Bridge Park would straddle the boundary between wealthy, white Washington and the poor, still majority-black sections of the city.”

At that time, Scott Kratz, who’s at the 11th Street Bridge Park helm, told Smith he’d been to nearly 200 community meetings to get input from surrounding neighborhoods. And residents shared a lot of the same desires, including an environmental education center, urban agriculture, performance space and food sales.

Now, after a seven-month design competition, OMA and Olin’s plans — which incorporate a performance space, a cafe and more — have won over a jury, a community design committee and the popular online vote.

“It is at once both a crossing and place. In its purest role it is a hyphen that connects and celebrates the physical and cultural histories of two historic and vibrant Anacostia shoreline communities, while establishing a civic expression of democracy,” said juror Harry G. Robinson III, Howard University professor of urban design, in a press statement.

As for raising the $25 million needed to build the park (and $15 million for operating the space), according to the Washington Post, “Kratz said a capital campaign is underway and having a design and architecture team in place would make the pitch to potential donors more effective.” D.C.‘s contribution to construction will be $14.5 million.