9 Ambitious Design Ideas for a More Resilient Boston – Next City 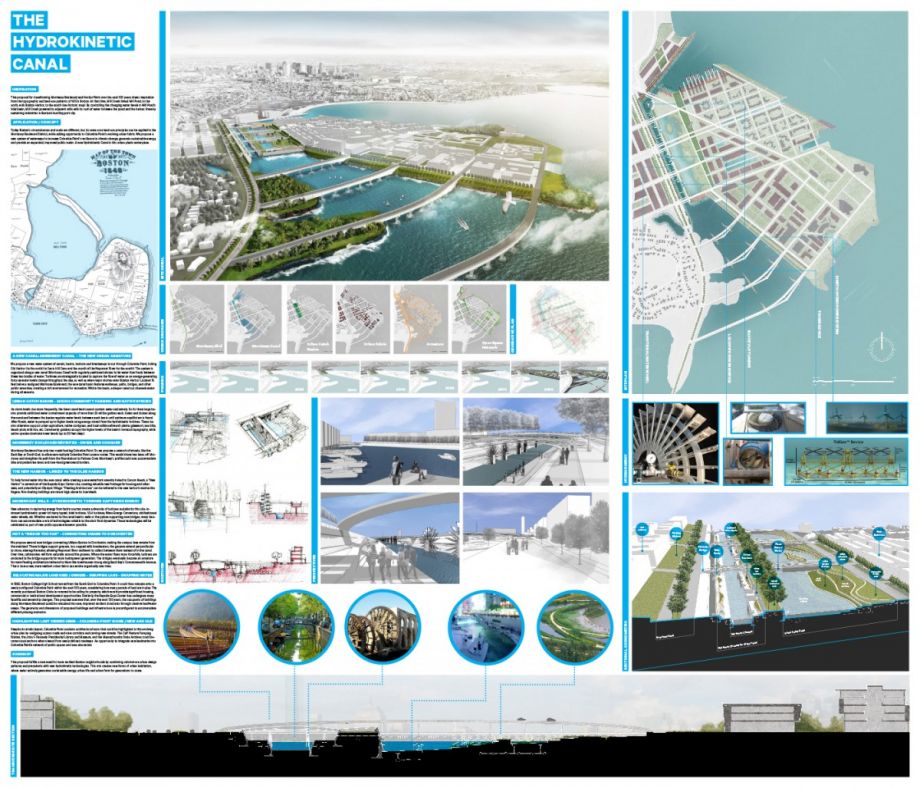 Bostonians are fervently wishing for increased water right now — if you mean the kind of flowing H2O that comes from melting snow. But plans for the future march on amid winter crises.

Last October, the Boston Living With Water challenge asked designers, planners and architects around the world to redesign Boston for a future affected by climate — meaning, for one, a world with higher sea levels. This week, nine finalists were announced. The teams are competing for a $20,000 prize that will be decided in June. (The City of Boston, the Boston Harbor Association, the Boston Redevelopment Authority and the Boston Society of Architects are behind the initiative.)

Proposals had to address one of three sites particularly vulnerable to rising sea levels: the Prince Building in the North End, Morrissey Boulevard in Dorchester, and the 100-acre neighborhood of Fort Point.

“We issued an ambitious challenge … and I’m pleased that we received equally ambitious responses,” said Mayor Marty Walsh. “It’s difficult to imagine what the world will look like in the year 2100, but we know for certain that now is the time to prepare for sea level rise. The proposals that came in from around the world demonstrate that a more resilient, sustainable, and beautiful future is within our reach if we work together.”

The jury chose three finalists in three categories: building, neighborhood and infrastructure. Here’s a look at the nine finalists.