One Designer’s Vision for Driverless, On-Demand Pods – Next City 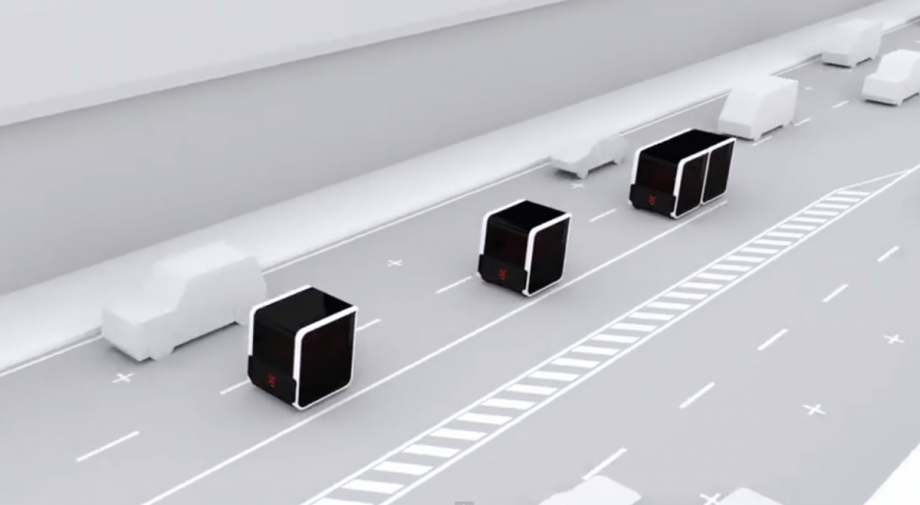 From Google’s driverless car experiments in Austin to a U.K. city’s designs on a system of autonomous two-seater pod cars serving the downtown, a hands-off-the-steering-wheel future is seeming more and more likely. And the envisioned destiny is prompting more people — from designers to billionaires — to toss their ideas and business proposals into the mix.

Add to those voices Italian engineer Tommaso Gecchelin, who has conceived an electric driverless pod that’s bigger than most models currently on drawing boards, and would be linkable to other pods to create a system of shared public transportation.

Wired reports that Gecchelin’s pods, in addition to being on demand to your doorstep like Uber, could also be individually owned and operated by businesses for services like food delivery.

The pods, dubbed Next, also have the benefit of saving space. In less than nine feet, they’d comfortably accommodate six people seated and four people standing.

Gecchelin told Wired he hopes the first pods will be rolling by 2020, and that he’s talking to some German cities about testing as well as manufacturers to build the units. However, the infrastructure required to charge the pods and get them underway is at least 15 to 30 years off, engineer Costa Samaras told the magazine.

“You’ve gone from a small, electric car to what’s essentially an airport-style shuttle,” Samaras says. These modules will need big batteries, and more charging stations. To solve for that, Gecchelin envisions a system of swappable batteries that pods can deliver to other pods in transit. Then there’s the issue of coordinating these pods.

However sci-fi Gecchelin’s concept seems, this isn’t the first autonomous bus-like vehicle we’ve seen recently. Driverless bus testing is coming to the Bay Area. And the pods as shared transportation fits with some experts’ predictions that autonomous vehicles won’t widely be owned by individuals but instead will be a shared community resource.