Design Challenge Aims to Lure Residents Back to an Abandoned City 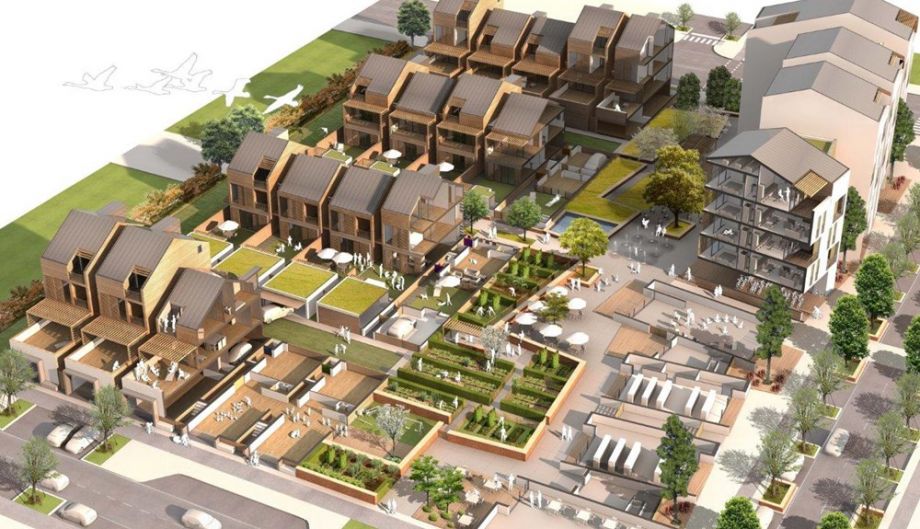 A rendering of the winning competition entry. (Illustration by Anselmi Attiani Associated Architects)

The site at the edge of the city square once housed a youth hostel. But for the past three years it has been a blank space – a microcosm of Christchurch’s stalled efforts to get people moving back to the central city.

Ever since a devastating earthquake destroyed much of central Christchurch in 2011 the city has been an eerie ghost town, its residents forced to the fringes. The majority of foot traffic today comes from tourists keen to see the still visible destruction. The only recurring sound is construction machinery pulling down abandoned buildings.

In an effort to return people to the city, the local government here launched an international design challenge, soliciting architects, engineers and developers to create something new for the space. The mandate: design an urban village that would provide a variety of housing options and lifestyle choices based on “sustainability, innovation and a strong sense of community.”

“This will be one of the first projects to bring people in that is not commercial buildings or offices,” says Andreas Giannakogiorgos a geotechnical engineer who is helping develop the winning entry. “It was a beautiful city with lives in the center, and this has been lost.”

The contest’s winning entry came from Anselmi Attiani Associated Architects, an Italian firm, which designed 72 terraced houses and apartments on a two-and-a-half acre block opposite the city’s Latimer Square. The scheme features a medium-rise main building with a commercial zone fronting all public streets at ground level and apartments from the first floor up, as well as two- and three-story timber-clad terraced residential buildings built around an inner courtyard. All the apartments have generous-sized terraces with views to the city center, while the terraced houses boast private gardens.

A public passageway leads people through the development into the inner courtyard, which will have two water features: an interactive summer fountain and an all-seasons reflecting pool. Workshops, professional studios, small offices, a health center, an early-childhood center, shops and common areas are also included in the multimillion-dollar development, which will be built using sustainable materials and is designed to be both low maintenance and durable.

For structural engineer Fabio Parodi, the project, called “Breathe,” feels different from other projects he’s worked on – everything from Chinese nuclear power plants to vast Parisian shopping malls. He and his New Zealand-born wife moved back to Christchurch to help build a community that they could see themselves living in. “We wanted to create something that was future-proof both in terms of design and in terms of safety.”

The effects of the 2011 earthquake still linger in Christchurch. Liquefaction, which turned the earth in many parts of the city to mud and caused homes to sink, is an ongoing worry. So Parodi created an entirely new technology – one that has safety and sustainability at its heart. Most ground slabs underneath homes are made of polystyrene and concrete. Not only is there plenty of waste associated with getting rid of the excess, but these materials perform poorly in earthquakes. Parodi instead developed a slab using recycled cardboard that is coated in reflective foil, making it hold heat better. But the real innovation is in its shape, which strengthens the slab by nearly a factor of 10, and allows any house that sinks due to liquefaction to be easily jacked up from the outside in a matter of days. After the Christchurch earthquake, residents were out of their homes for weeks and months at a time. This new technology could prevent that in the future.

Parodi likens the types of building innovations being created in Christchurch to the development of medicine during significant wars. “It is sad, but it is the same idea,” he says. “There has been this disaster, and now there are all these solutions coming forward. This design can be adapted and changed and go anywhere there is an earthquake risk. Hopefully it will allow other people to avoid what Christchurch went through.”

The real satisfaction for Parodi will come next year when the development is built and people start filling a space that has remained empty for so long. “We have taken into account what has happened in the past and now we are looking to the future,” he says.