Deregulate Our Streets! – Next City 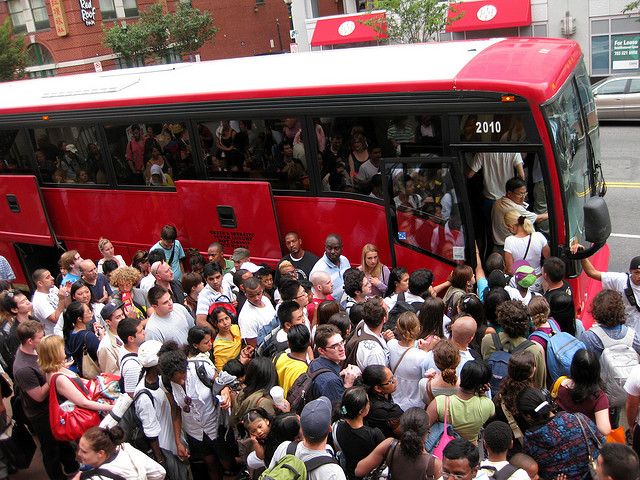 The way we regulate transportation in cities results in a paucity of inexpensive and safe transit options that could save us all time, money and environmental costs. Credit: William Boncher on Flickr

Last Thursday, officials from the federal department of transportation closed down 26 bus operators who provide service in chinatowns along the East Coast, citing safety violations. If you’ve ever been a passenger on what is commonly known as “the Chinatown bus,” regulators’ concerns should come as no surprise. The buses are old, dirty and often lack basic amenities like air conditioning; their providers dismiss the idea of customer service and have been evasive with regulators in the past.

But while closing these bus companies may save lives (only 26 people died in bus accidents in 2009, compared with more than 13,000 in passenger cars and more than 10,000 in light trucks such as SUVs), the way we regulate transportation in cities results in a paucity of inexpensive and safe transit options that could save us all time, money and environmental costs.

The Chinatown buses were able to flourish for two reasons: A loophole in parking rules allowed buses to idle on certain streets in Chinatown, and Ronald Reagan’s Bus Regulatory Reform Act of 1982, which made it easier for interstate buses to pick up passengers and set rates as they pleased. By eliminating the costs of infrastructure, amenities and marketing, the Chinatown buses only have to pay for a fleet of buses, a limited staff and gas; this translates into $10 fares from New York to Boston. Major operators like Greyhound caught on, leading them to develop the BoltBus, which follows the Chinatown bus model and is nearly as cheap, seemingly a lot safer and has reliable wi-fi. This is how the market is supposed to work in favor of people: Increasing the options for consumers and thereby lowering prices.

But that’s not how it usually works in transportation. As someone who believes that strong regulation is incredibly important for industries such as Wall Street, which is literally tied to the economy of the rest of the world, or the energy industry, whose impacts on the environment can be irreversible, I also believe that transportation regulation at all levels of government is holding our cities and our economy back.

In many cities around the country, people are marooned by public transit that is often unreliable, infrequent, unsafe or just nonexistent. Private providers find it nearly impossible to supply alternatives. A start-up website called Uber that allows people to pay each other for a ride around town rather than to hail a licensed black taxi, recently was set up in a sting operation in Washington, D.C. by the local taxi commissioner for failing to comply with District regulations. Regulation has zeroed out private alternatives to public transit in cities, forcing people to take transit into their own hands — or, more accurately, into their own cars. 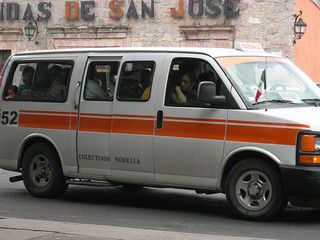 But what if there were other options? In New York, which has transit options that any other American city would envy, there’s such great density that it supports many more niche transit options. “Dollar vans,” which largely fly under the regulatory radar, are a popular service for many people in Brooklyn. These kinds of systems called colectivos flourish in Latin and South America, as well as other regions of the world, where private cars and public transportation fail to meet users’ needs.

A lack of competition in transportation options has caused all transit modes to be more expensive than they need to be. Why should an Amtrak from Philadelphia to New York routinely cost $45? A private Japanese company has just opened an office in Texas with plans to amass $10 billion to support a high-speed line between Houston and Dallas-Ft. Worth — one imagines that will beat Amtrak not just in terms of price, but speed of completing the project. If we opened our streets and rails more transportation operators, undoubtedly it would benefit our intertwined problems of high prices, congestion and slow service. But just last Friday, the New York State supreme court thwarted Mayor Michael Bloomberg’s attempt to sell more than $1 billion worth of taxi medallions that would have increased taxi service in underserved boroughs and allowed for street hailing.

To be sure, the idea of deregulated transportation sounds bad. Deregulated transportation in many developing countries is notoriously unsafe and can have grave consequences. But there needs to be a middle ground between rolling death traps and a transportation system that is killing our economy. New York Sen. Chuck Schumer’s proposal of creating a clearly posted letter-grade system to identify the quality of Chinatown bus services is a great one; this model could be applied to other kinds of new transit providers that serve niche markets. Auctioning off transportation licenses or city-owned property to support infrastructure for alternative transportation modes could be a new source of revenue in other cash-strapped cities.

The Chinatown bus companies emerged from strong immigrant communities with an entrepreneurial work ethic; while the practices that prompted government intervention seem shady, let’s not forget this country needs this kind of ingenuity to survive and our government should be working its hardest to support those who have found ways to bring new, inexpensive transportation options to our roads and rails.