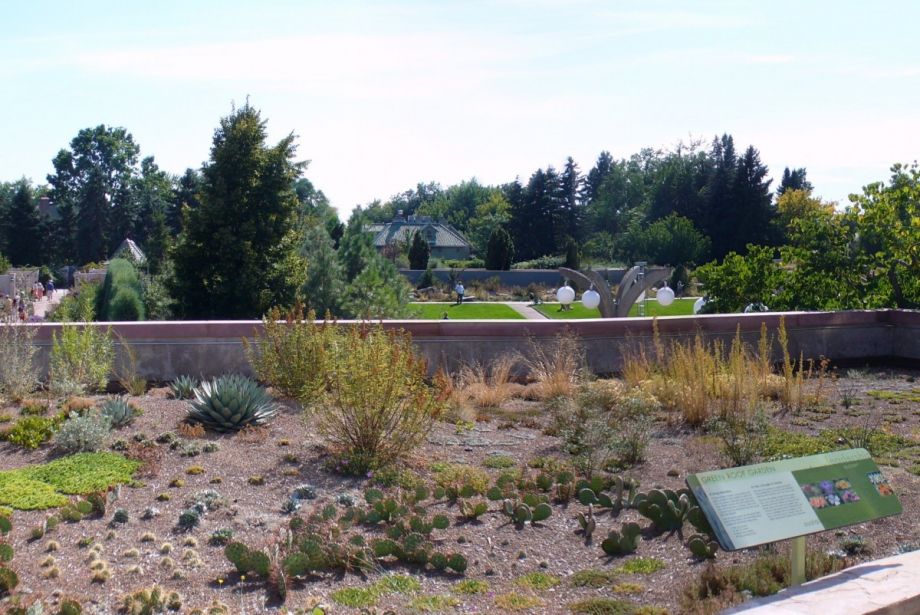 The green roof at the Denver Botanic Gardens. Photo by JohnGiez via Flickr.

Last year, a grassroots effort spurred the passage of Initiative 300, requiring that new buildings 25,000 square feet or larger devote some portion of their roof space to greenery or solar panels.

Green roofs capture and filter stormwater and, by absorbing sunlight, reduce the urban heat island effect. The plants on a green roof can also suck pollutants out of the air. Local restaurant manager Brandon Rietheimer got the initiative on the ballot in 2017 after realizing that the city was not doing much to meet its 2020 sustainability goals.

But Initiative 300 was hotly opposed by real estate and development interests, and Mayor Michael Hancock said that the ordinance went “too far,” Denverite wrote in 2017. Opponents said the ordinance would drive up the costs of construction “and make Denver’s [real estate] market even more expensive.”

Despite heavy opposition — opponents outspent proponents by a factor of 11 — Initiative 300 took effect on January 1, 2018, for new buildings, additions to buildings that expanded them over the 25,000 square foot threshold, and replacement roofs for existing buildings. But it wasn’t a smooth implementation. A city-convened task force found that many roofs of existing buildings in Denver weren’t actually strong enough to handle green roofs and that the costs of adding green roofs were prohibitive in some cases. (According to Denverite, green roofs cost about 2.5 times as much as a traditional roof, but last four to five times longer.) In the first four months of 2018, the ordinance resulted in not one green roof in the city. 9News reported that building owners instead opted to freeze construction.

Under the new ordinance, which will be voted on by the full council later this year, all buildings covered by the original ordinance must at least have a cool roof — a roof painted white to reflect heat rather than absorb it. Then building owners must either add a green roof or solar panels on the roof or lot. If neither of those options are feasible, buildings can instead agree to purchase renewable energy for the building, achieve LEED Gold certification, or pay a per-square-foot fee. The fees would go into a fund for the city to buy and improve green space and fund other green roofs, urban forests and solar panels.

According to Denverite, Rietheimer, who got the original green roof initiative on the ballot, is happy with the compromise, and so is Kathie Barstnar, executive director of the Colorado Commercial Real Estate Development Association.

“I have to say that the work done by the stakeholder task force should be a shining example of what can be accomplished when people are willing to come together and work to make something happen in a compromised format, rather than protecting sacred ground,” she told Denverite.

When the initiative initially passed, Denver became only the second city in the U.S. to mandate green roofs. The revised ordinance, if passed, would still be fairly unique among U.S. cities. Only San Francisco requires new construction to include green roofs; Washington, D.C. has a “de facto” requirement for large buildings through its stormwater regulations, National Geographic reported.