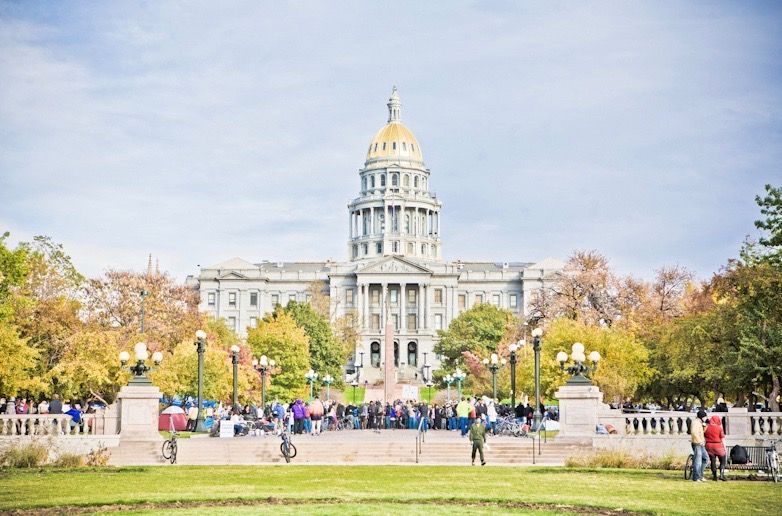 The city of Denver is weighing legislation that would ban landlords from discriminating against tenants who pay their rent using Section 8 vouchers, known as source-of-income discrimination, reports Denverite.

Councilwoman At-large Robin Kniech introduced a bill last week that would require landlords to accept all forms of payment, including vouchers. Owner-occupied duplexes and single family homes would be exempted.

“This policy is about someone who can afford an apartment…but, ‘I’m turned away because of how I’m paying,’” Kniech said at a city meeting last week, according to Denverite. “This is about stopping discrimination.”

A dozen states and about five dozen municipalities, including Washington, D.C., have already banned source-of-income discrimination, but elsewhere, it’s still legal to reject someone who is paying with a housing voucher. This is most acutely felt in so-called opportunity areas, with access to jobs, good schools and transportation.

Currently, Denver landlords have little obligation to accept vouchers, reports Denverite — and it’s likely that the city’s tight housing market and low vacancy rates have made them less incentivized to do so. About 10 percent of Denver’s 6,900 voucher holders say they’ve experienced source-of-income discrimination, according to Denverite.

Kniech’s bill would impose penalties on landlords found to have been discriminating, anywhere from an order to end discriminatory practices and make the unit in question (or a similar unit) available, to a fine up to $5,000 and/or an order to pay possible damages, such as the cost of a hotel stay.

Landlords say that accepting Section 8 tenants brings with it additional legal hurdles and requirements, like yearly inspections and having to keep the unit open while the voucher is processed. Landlords also expressed concern about recovering their costs if a tenant damages the property. Kniech says she’s studying the idea of including insurance through the voucher programs to cover landlords’ losses, as some other programs do.

Boulder legislators are weighing a similar measure, the Daily Camera reports. Jeremy Durham, executive director of Boulder Housing Partners (BHP), tells the Camera that all of BHP’s Section 8 tenants “have faced this barrier at one point or another during their search.”

In the statehouse, Rep. Leslie Herod, who represents Denver, and Sen. Rhonda Fields, who represents Arapahoe County, introduced a bill to prohibit source-of-income discrimination statewide; that bill died in committee. Luke Miller, a government affairs manager for the Colorado Apartment Association, told the Daily Camera that “We opposed (the measure) right out of the gate. Refusing to lease based on someone’s income is honorable in its intent, but we all know the problems of Section 8.”

Denver’s bill returns to committee on July 18. It will need a full City Council vote to pass.