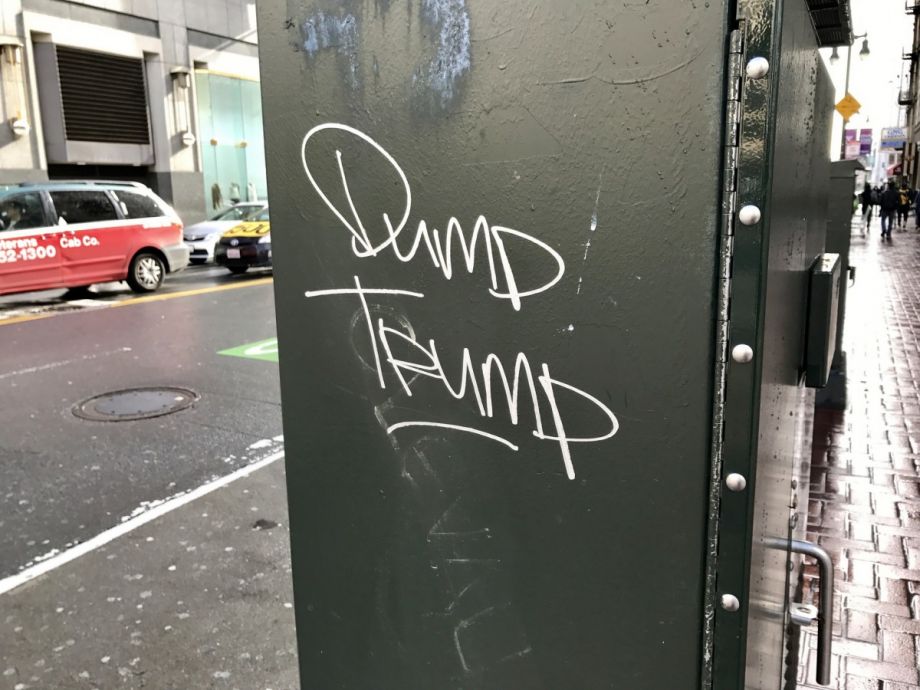 Since the 2016 presidential election, U.S. cities have been bracing for less funding for public transportation, placemaking efforts and public housing. One thing they might not be budgeting for? Graffiti cleanup.

And for Denver, at least, the cost of Trump-related graffiti is adding up. Since the election, the city has spent $21,230 cleaning up more than 150 graffiti incidents that mention Trump in one way or another across the city, according to the Denverite.

Immediately following the election, most of that graffiti expressed support for Trump, but the tables have since turned. Of the graffiti noted so far, 117 incidents have been negative toward the president, 21 positive and 13 neutral.

“Trump has obviously impassioned a lot of people and some feel that they’ve got to get the message out some way,” he told the Denverite. “A lot of people are doing stuff they probably would not have done prior to this because they’re seeing it more often, so they think they can do this or it’s part of their way of protesting.”

According to the city, March was by far the most popular month for Trump-related graffiti, topping both November and January with nearly 60 incidents.

A heat map from the Denverite shows how graffiti can motivate more graffiti around where it appears — likely from people seeing graffiti they disagree with and being inspired to reciprocate.

While more than $20,000 is a significant cost, the city already shells out a hefty sum to cover up unwanted artwork and tags: Denver spends about $1.4 million annually removing and covering up graffiti, according to CBS Denver.