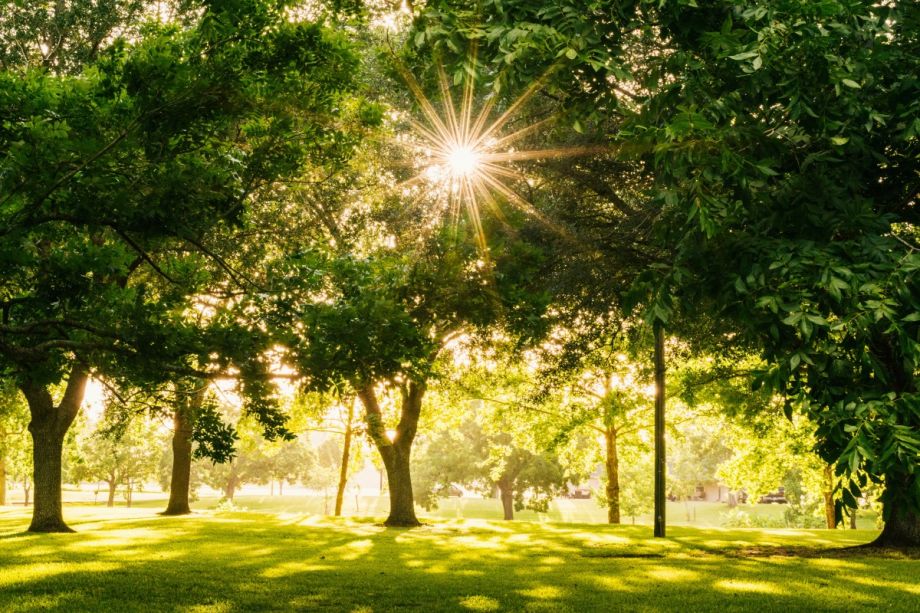 With the arrival of spring, Platte Farm Open Space, located in the diverse, working-class neighborhood of Globeville in north Denver, comes alive with native grasses, pollinator gardens that attract bees and butterflies, and wildflowers, such as Mexican hat, asters, poppies, and Gaillardia.

“This is a beautiful amenity — a beautiful piece of space that was previously being abused,” says Jan Ediger, a longtime resident of Globeville. A former brownfield site, Platte Farm is 5.5 acres (just over 2 hectares) of open green space in the heart of Globeville that, along with the wildflowers, grasses, and gardens, has walking trails, a play area for children, and a detention pond to help prevent localized flooding.

Once a dumping ground for trash and industrial pollution in Globeville, the development of Platte Farm Open Space was a 14-year journey — a collaborative effort between the community members of Globeville, the city of Denver, and Groundwork Denver, a nonprofit organization that works to create green spaces to help improve community health.

“A lot of people come through here walking and jogging. That never used to be the case,” Ediger says. “We always had a few people coming through on the way to the bus stop, as a pass through, but now people come here for exercise. We see kids playing, riding bikes, and their parents come with them.”

Urban greenery, such as the shortgrass prairie of Platte Farm Open Space, benefits people’s health and recreation. But access to nature is unequal for lower-income communities and communities of color compared to affluent white communities.

Meanwhile, in a 2019 study, researchers at the University of British Columbia examined 10 U.S. cities, including New York, Chicago, Houston, and others, and found that Latino and Black communities have less access to urban nature than white communities. “The widespread green inequities uncovered by this research are serious issues in the context of the effects of urban vegetation on urban health and well-being,” the authors write. “Urban residents with lower access to urban vegetation, according to our analyses, are also those who are most likely to experience poor public health outcomes that could potentially be mitigated by adequate exposure to urban vegetation.”

In fact, a growing body of evidence shows that access to green space in urban areas can bring considerable benefits to the health and well-being of city residents. These benefits may include improved cognitive development and functioning, reduced symptom severity of attention deficit hyperactivity disorder, reduced obesity, and positive impacts on mental health. Looking forward, the University of British Columbia researchers write, the “impact of urban vegetation exposure on the health and well-being of marginalized communities may become even more critical as climate change worsens.”

Jennifer Wolch, a professor of city and regional planning at the University of California, Berkeley, says these health benefits stem primarily from opportunities for residents to get outside and get active.

“Many epidemiological studies have shown that people who have better access to green space have higher rates of physical activity,” Wolch says. “One of the key problems facing inactive people is that they are at a higher risk of chronic disease, such as diabetes, chronic heart problems, and sometimes cancers. Since access to places to play — whether it’s team sports at a park or simply hiking in a nature preserve — is positively related to levels of physical activity, such parks and open spaces are important elements in keeping people healthy.”

“Platte Farm Open Space really is the epitome of a community-led project,” says Cindy Chang, the executive director of Groundwork Denver. “The residents of Globeville had a vision for this land as being an open park that anyone in the community could enjoy. This was a unique process because the community was at the table for almost every design meeting, almost every construction stage, and they even helped decide which kinds of trees would be planted. They were involved in the details in a way that Denver has almost never designed a park before.”

Through a process of remediation, contaminated land was replaced with fresh layers of topsoil, and is now home to prairie habitat that attracts foxes, rabbits, birds and butterflies.

The necessary financial resources to make Platte Farm a reality — money for the purchase of the land, remediation of the soil and planning of the site — weren’t always easy to come by.

For example, in 2013, Xcel Energy and the environmental nonprofit WildEarth Guardians concluded a legal settlement in which Xcel agreed to pay Groundwork Denver US$447,000 to fund energy efficiency and other clean energy projects in neighborhoods in north Denver impacted by air pollution, while channeling the remaining funds toward Platte Farm. In addition, Platte Farm received a US$550,000 grant from the Colorado Department of Public Health and Environment to help with the construction and maintenance of the site, bringing the project’s total cost to about US$1 million.

Strategic partnerships between a steering committee made up of Globeville community members, Groundwork Denver and the City of Denver also played a vital role in making Platte Farm a reality, particularly given the need for the community of Globeville to have some sort of institutional backing. “Unfortunately, people don’t listen to autonomous communities,” says Ediger. “In a way you have a voice, but it’s not an official voice.”

City-wide policies also helped Platte Farm. “More recently, the city committed to having open space within a 10-minute walk of any resident of Denver,” says Chang. “Platte Farm Open Space allowed them to hold to that commitment in Globeville.”

Chang also notes that the passage of a ballot measure known as Measure 2A was a great achievement for Denver-based environmental justice leaders working to ensure that diverse communities have access to urban nature. The measure, approved by voters in 2018, calls for a quarter percent increase in Denver’s sales tax to be channeled toward expanding the city’s park system.

While Platte Farm offers an example of a successful community-led green space initiative in a lower-income, diverse neighborhood, many communities of color in metropolitan areas are still nature-deprived.

Limited financial resources for environmental justice organizations, green gentrification, and redlining are among the many obstacles that have resulted in inequitable access to green space, worsening health disparities among urban communities.

Alessandro Rigolon, an assistant professor in the department of City and Metropolitan Planning at the University of Utah, says that city council members often prioritize some voices over others, which can lead to limited investments for green initiatives in lower-income, diverse neighborhoods.

“Political discussions are often steered by who has the loudest voice,” says Rigolon. “Oftentimes community meetings are designed to empower wealthy, white homeowners and do not give voice to low-income renters of color.”

Rigolon recommends that green equity groups locate city officials who will be advocates for their work. “They certainly need support from elected officials,” he says. “They need champions among the elected official community, both at the local and state levels.”

Another challenge when trying to address health disparities resulting from inequitable access to urban nature is financing, since buying land and building and maintaining parks can be an expensive endeavor.

Jonathan Pacheco Bell, an urban planner who for much of 2020 was a program manager for a nonprofit organization working on park inequities, emphasizes the critical role that funding plays — and also how this particular challenge has, as many others have, been exacerbated by the pandemic.

“When Covid-19 hit, some of our funding was redirected to frontline workers to address the pandemic directly. And, while we understood why, it still presented a challenge to us because it was funding that we relied upon,” he says.

“We need the resources to get folks comfortable and back into our gardens and park spaces,” Bell continues. “We know that these open spaces are healing spaces — that they allow people to get outside, and that brings them mental and physical wellness.”

This story was originally published in Ensia, and appears here as part of the SoJo Exchange from the Solutions Journalism Network, a nonprofit organization dedicated to rigorous reporting about responses to social problems.

Ambika Chawla is a climate policy writer and journalist.