Denver and Philly Ask Residents: How Do Our Streets Work for You? – Next City

Denver and Philly Ask Residents: How Do Our Streets Work for You? 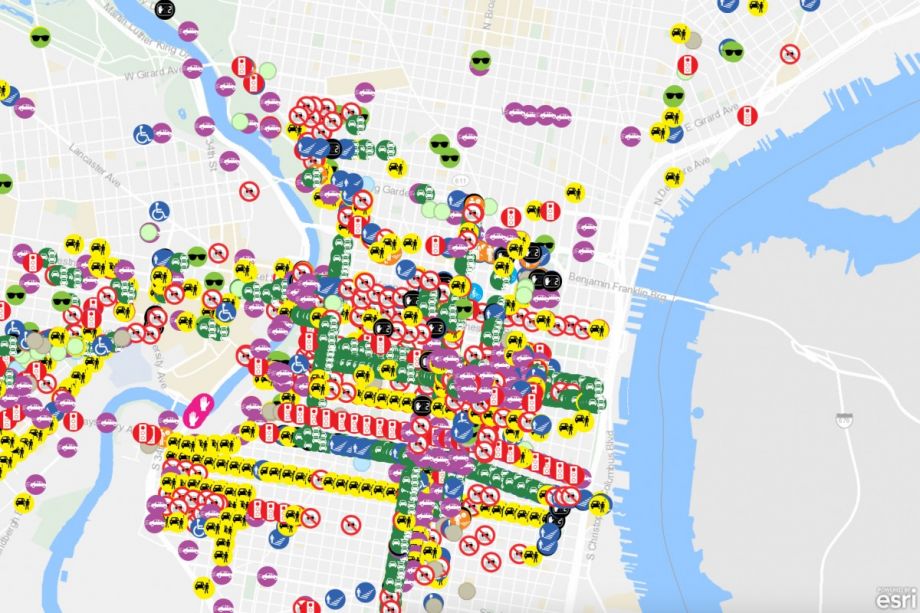 Users of Philadelphia's Vision Zero crowdsourcing map, above, can see details about safety concerns reported by other respondents.

Nobody knows the ins and outs of a neighborhood better than the people who live there. That’s especially visible at public meetings about infrastructure changes. And though sometimes a resident’s insistence that he’s smarter than engineers and planners can border on the absurd, it’s often true that he and his neighbors know the intricacies of their streets better than outsiders. Vision Zero planning in Denver and Philadelphia is taking that into account.

They’re two of the latest U.S. cities to embrace Vision Zero, by aiming to prevent (or, bring to zero) traffic-related fatalities. Denver set the goal in February 2016. Philadelphia announced the goal last November and released a draft short-term action plan in early March. Now, as the cities work to sift through the data necessary to shape their targeted infrastructure, enforcement and outreach plans, they’ve both turned to crowdsourcing to capture community concerns about dangerous streets and intersections that their traditional data sources might miss.

Denver’s online survey asks people to highlight a section of street they like or dangerous problem areas. For good areas, respondents are asked to explain why they like it. For bad, they’re asked for further details about why it makes them feel unsafe — accessibility problems, blocked crosswalks, unsafe speeds, failures to yield, etc. They must also say whether they were walking, biking, using a wheelchair or driving. Finally, they can add time of day and type of trip regarding a specific incident, and there’s an open-ended box for more comments.

“I’ve been struck by the thoughtfulness,” says Michele Shimomura, a public health manager at the city and county of Denver who’s working on the Vision Zero plan. “Most of what people have put in are places of concern. And they aren’t just placing pins for the sake of it. They’re doing it with a lot of thought to why something is good or bad.”

Denver started by collecting and analyzing thousands of crash records and fatality and injury records from the police department, public health department, and hospitals and emergency medical services. That gave them a solid baseline, but Shimomura says they turned to crowdsourcing to fill in their knowledge gaps. Of course, it helps them find problem areas not shown in the city and county data sets, but it also helps them understand public perception of the streets and intersections shown to be dangerous by the data.

They launched the crowdsourcing map in early March and will collect data until the end of April. To date they’ve gotten nearly 2,300 responses. Shimomura says they’re also planning to do in-person interviews at key locations around the city. “We’re mindful of the population we can potentially get [with the online tool]. We also want to get that group not using their phone or using their computer to give survey input.”

Philadelphia launched its own crowdsourcing map in late March. That only lets users report problems, instead of allowing highlights of both good and bad streets. As with Denver, respondents must pick a spot on the map, select a problem such as red light running or speeding and say what transportation mode they were using. They also have the option to elaborate in a comments area. Unlike Denver, the Philly tool allows you to submit photos of the problem area. It also displays all the data points from other users on the map, allowing anyone to see the kind of problems being reported and where they’re happening.

Philly is also using the crowdsource map as a supplement to more traditional data sources. The city’s Vision Zero action plan calls for using crash data from police, hospitals, the DOT, SEPTA (the regional public transportation authority) and others.

Leah Shahum, Vision Zero Network executive director, is excited to see Denver and Philadelphia expanding their data collection beyond the usual sources. “As good as your data is, it’s usually not perfect. There are going to be gaps.”

Those gaps exist for several reasons. One comes from underreporting. Often bicyclists and walkers won’t report an incident if it wasn’t severe enough to warrant a 911 call or if it was a dangerous near miss. Shahum says there’s also a problem with police underreporting bike and pedestrian issues.

“The police are not taking reports as seriously as they should in some situations,” she explains. “In a few of the cities we’re working with, there are certain categories that are underreported especially with walking and biking and people of color. We look at the hospital data and see higher rates of people walking and biking and people of color that weren’t captured in police data.”

Beyond filling in data gaps, Shahum says these sort of crowdsource exercises are good for community engagement. “One of the major goals of Vision Zero is helping change mindsets that we can prevent severe injuries and fatalities. Bringing more people in to talk about what we can do to ensure safe streets is smart. Hopefully it helps build a stronger constituency.”