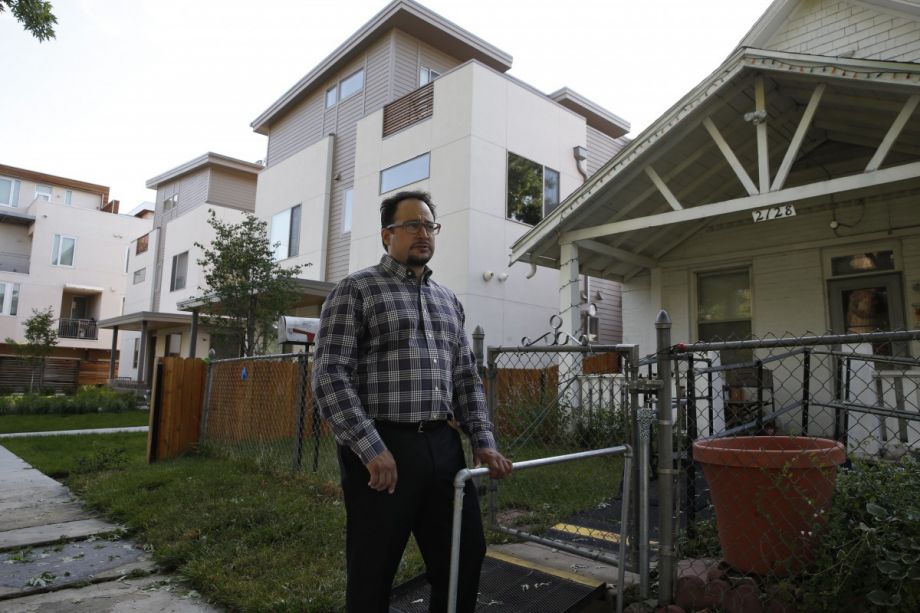 Denver City Council Member Rafael Espinoza has questioned the value of Denver's runaway growth, as his neighborhood has been overtaken by new condos, but he still voted against the affordable housing proposal, backing its alternative instead. (AP Photo/Brennan Linsley)

With a 9 to 4 vote Monday night, Denver’s City Council approved a much-debated plan to raise $150 million over the next decade for affordable housing, creating the city’s first-ever dedicated local funding source to combat increasing unaffordability, the Denver Post reports.

The plan calls for the creation or preservation of 6,000 new income-qualified units in the coming decade, on top of the 1,400 or so projected under the city’s existing housing programs. Those latter units will be funded via loans and grants, through existing state and federal funding programs. To fund the 6,000 additional units, the plan calls for the assessment of new development impact fees and a property tax increase. The latter would cost the owner of a $300,000 home about $12 a year.

The impact fees, also called linkage fees, range from 40 cents to $1.70 per square foot, depending on the type of project. Developers would pay an extra $1,500 during the permitting process for a single-family home, and anywhere from the hundreds of thousands up to $1 million for a large hotel or office building.

In the first year, the property tax increase is projected to raise $6.5 million. The linkage fees would generate about $3.5 million. Rounding out the first year’s funding is an additional $5 million from general fund reserves, including $1.5 million in proceeds from the city’s recreational marijuana sales tax. That roughly $15 million could create 653 new income-restricted apartments, according to city officials, and fund emergency assistance to help 250 households stay in their homes.

Backers of the proposal called it a first step in assisting the tens of thousands of households struggling to pay rent in Denver. Housing affordability activists say it doesn’t go far enough. And while some developers have been vocal in their support for the plan, others have spoken out against the linkage fees, claiming they will stifle development, not increase it.

A week before the vote, four council members put forth a competing proposal that kept the original goals in place, but required that the city take a year to consider alternative sources of funding. Council Member Chris Herndon, who sponsored the legislation, told the Denver Post he “felt as if we could do more quicker, as opposed to [an average] $15 million a year over next 10 years.”

Council Member Kendra Black, who also supported the alternate proposal, said her concern was “unintended consequences.” She continued, “I believe that our construction defects law and our Inclusionary Housing Ordinance” — which requires developers to set aside some affordable units in larger projects — “has resulted in no condos being built, which is part of our housing crisis.”

The alternate proposal did not pass, but a late amendment did add a 10-year sunset provision to the city’s new plan.