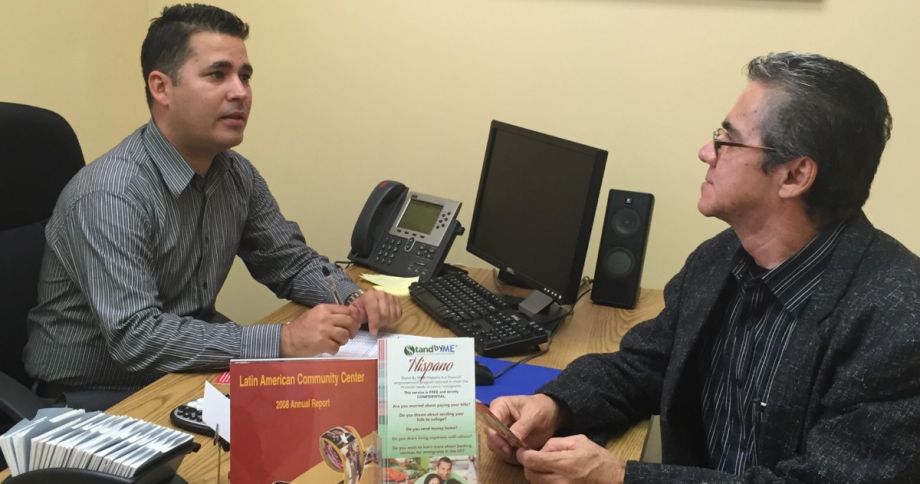 Advocates for these laws say that having more drivers on the road with a state-approved driving status — whether a full driver’s license or a driving privilege card — promotes safer driving, ensures more motorists are knowledgeable about road safety and regulations, and increases the number of insured drivers. Still, some immigrants in these jurisdictions hesitate to apply for licenses, because of concerns about sharing personal data with the U.S. Department of Homeland Security.

That’s where one Delaware-based nonprofit comes in. Wilmington’s Latin American Community Center (LACC) not only pushed to get the legislation off the ground; once it was passed, they began working directly with undocumented residents to overcome their hesitations and help them through the application process.

Starting in 2014, LACC spent nearly two years working alongside other organizations such as the Delaware Hispanic Commission, La Esperanza, and the Delaware Chapter of American Democratic Action to lobby state legislators for the bill. Gov. Jack Markell signed Delaware’s Senate Bill 59 into law in 2015, and the law took effect in December of that year.

According to Delaware Online, in 2016, the first year of the program, more than 6,400 people applied for the driving privilege card. New American Economy estimates that 26,000 undocumented immigrants reside in Delaware. Although it’s not considered a full driver’s license nor a valid form of ID, the Delaware driving privilege cards help undocumented immigrants drive at peace, and eases the fear of possible deportation.

Maria Matos, CEO of the Latin American Community Center, was one of the activists who helped Delaware’s driving privilege card law to gain initial momentum. She says that the driving privilege card program “ensures that local police officers are able to do their jobs to make our roads safer, but not act as immigration officers.”

Once the driving privilege card legislation had passed, the Latin American Community Center didn’t stop there. To ensure that more undocumented immigrants in Delaware take advantage of the program, the LACC designated its two financial coaches to help people with the card application process.

By guiding them through the process, the nonprofit works to ease the concerns that some undocumented immigrants may have, given that applicants are required to share their fingerprints to validate their identification.

Both financial coaches provide one-on-one consulting and workshops in both English and Spanish. They work under the Stand By Me Hispano statewide initiative, to help the Latino community understand personal finances, establish economic security, budget and build credit. The program was created to respond to the various challenges that immigrants may have as they navigate the financial system in the U.S.

As one of the financial coaches, Duniesky Landa works with individuals to create a personal financial plan. Landa’s role also includes educating people about the process of obtaining a driving privilege card.

“We help them throughout the entire process, from making sure they have all the correct tax forms to scheduling an appointment for their fingerprints, up to the point when they are ready to go to the DMV and take the driving test,” says Landa.

Since the start of the program, LACC estimates that the financial coaches have helped close to 200 people obtain the driving privilege card. However, Landa notes that after speaking with a financial coach, some individuals do learn they cannot move forward in the process.

For undocumented residents who can provide the proper tax forms and identification, Landa helps those applicants schedule appointments with the Delaware State Bureau of Identification (SBI) office to begin the driving privilege card application process. After SBI collects an applicant’s fingerprints and validates their identification, SBI provides the applicant with a receipt number and a “appear on or after” date for the vision and driving tests with the DMV.

Next City tried unsuccessfully to connect with driving privilege card recipients for comment. Landa says that’s understandable. “Unlike a U.S. citizen, an [undocumented] immigrant has to think twice about talking to the press,” he says. “It’s fair to say that they have concerns for themselves and families [about] having their identity exposed.”

The Latin American Community Center is one of 300 affiliate organizations that are in network with UnidosUS, a national nonprofit organization that advocates for an immigration reform. The organizations affiliated with UnidosUS advocate for various issues at the state level, such as allowing driver licenses for undocumented immigrants.

Carlos Guevara, Associate Director for Immigration Initiatives at UnidosUS, states that his organization works to “address the broken immigration system” in the country.

”At the national level, we haven’t really figured out how to get the job done – we’re left with looking at what may be possible at the state levels,” says Guevara. “It’s frustrating to have a patchwork of things.”

For more than 50 years, the Latin American Community Center has provided a wide range of resources for the Latino community in the state of Delaware. The center offers nearly 50 different types of services, from ESL (English as a Second Language) classes to before- and afterschool programs, to helping domestic-violence survivors with legal aid and case management.

“We offer a menu of programs to help them in their daily lives,” Matos says. “And we try to find new ways to help them.” For example, the nonprofit has raised nearly $500,000 in COVID-19 relief funds for the undocumented community.

The community center promotes its services at various events throughout the state. including health fairs, job fairs, and their annual open house.

Landa says that the center tries to reach out to the Latino community across multiple platforms, for example through the radio with La ZMX, with local newspapers El Tiempo Hispano and Hoy en Delaware, and on social media through Facebook and YouTube.