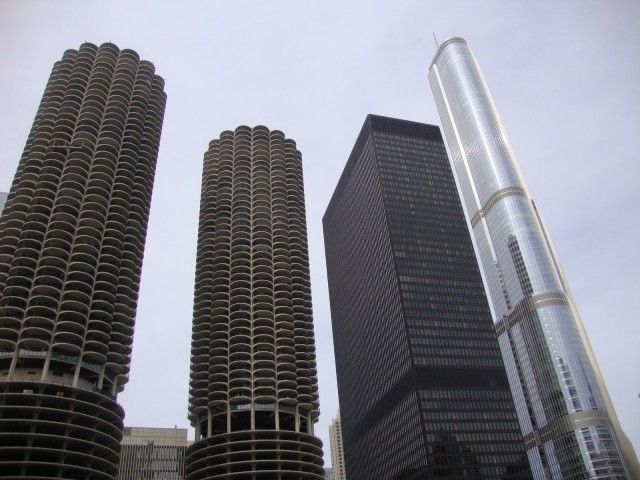 You know a fellow is a real writer if he spends a month in jail for attempting to steal a typewriter from a college that hired him to teach.

That’s a part of the story of Nelson Algren, the chief writer discussed in Thomas Dyja’s impressive new book, The Third Coast. But Algren is just one of the characters the author follows in order to demonstrate the cultural importance of Chicago. Some of the other characters you can look forward to learning more about: Richard Daley, politician; Ludwig Mies van der Rohe, architect; Muddy Waters, musician; Burr Tillstrom, puppeteer; Mahalia Jackson, singer; and Ray Kroc, fast food mastermind — to name only a few.

If the book has any shortcomings, it’s mainly the agenda. Dyja works at convincing readers that Chicago has an important, indeed an essential, place in recent American history. It’s not that this is an objectionable premise, it just doesn’t seem like a point we need a 400-page book to argue. Are there really folks out there who don’t think that the nation’s third-largest city is one of its most influential?

That said, The Third Coast is a great read. While you may not need any convincing that Chicago’s record needs defending, this book does an amazing job of helping you understand just how it reached the prominence it has. It shows the ways that Chicago has shaped the nation we are today, from music, to politics, to media, to the built environment and beyond.

The book really shines, however, in illuminating the way that many of the brightest lights in Chicago’s past advanced an everyman ethos. It’s a common thread that runs between organizers like Saul Alinsky and academic leaders like László Moholy-Nagy. Algren earned fame writing about the mean streets, the nobility of junkies and the morality of the corner bar.

For example, I didn’t know anything about the Chicago School of Television. Chicago TV, which succeeded in syndicating many shows nationally, often improvised whole episodes. It included shows like Kukla, Fran and Ollie, a puppet show that functioned as a free-form conversation between human hosts, guests and the show’s puppet characters. Or Studs Terkel’s Studs Place, an improvised show that took place in a bar, with various characters coming in and out, offering little performances, perhaps, but with no overall plan of where a show would go.

This book functions largely as a cultural history of Chicago, with a strong helping of architecture, politics and racial struggle.

In fact, that last issue is worth addressing, to make sure I haven’t made it sound like The Third Coast reads like a blind defense of the city. It’s not. On the issue of race, in particular, it indicts Chicago’s white population as one that fought progress in race relations and its political leadership as one that both institutionalized racism (in the form of discrimination in public housing) and more extorted the African-American vote than earning it.

An image that’s going to stay with me from this book is that of Mahalia Jackson She rose from the churches of Chicago to become a gospel singer who could sell out enormous concert halls across the country and eventually hosted her own national television show. She was beloved around the country and even the world, but not in the white neighborhood of Chatham. Jackson had done well enough for herself by then that when she decided she wanted a big home with a yard, she paid for one in Chatham with cash. For her trouble, she was met with bricks through her windows, protests out front and police escorts for her safety. In fear of what trouble might come following the arrival of one of the most famous singers of religious music in the world into their midst, her white neighbors slowly moved away, and black neighbors replaced them.

Small vignettes like this help to bring the characters of this book into a clear focus. Similarly, we learn the origins of Sun Ra and how he transformed from a bookish boy to revered jazz musician who claimed to hail from Saturn. We learn the complex ways the Chess Brothers juggled money to keep it flowing to their artists and into their coffers. We learn that the founder of McDonald’s was such a micro-manager that he used to come in on weekends to mop the yellow lines in the parking lot.

Two Chicago architects, though, make up the thread that carries through this whole volume. The story of Ludwig Mies van der Rohe, head of the Architecture School at the Illinois Institute of Technology, is the one Dyja returns most often. But he uses another architect, Louis Sullivan, to bookend the volume. Sullivan was a prolific architect in Chicago in the years just before the bulk of Dyja’s book begins, and is one of the great American architects who bridges the gap between Modernism and the more classically inspired architecture that came before. Sullivan died alone and forgotten at the start of the book. By the end, community activists are fighting to preserve the last handful of his buildings.

Mies, who died a celebrated man, used his position at the IIT to advance his vision of spare and open buildings with minimal design elements, meant to give residents openness and space and let the materials that made the building speak for the building. Not only did he create some of the most memorable structures in the city, he built a cult of personality around himself as he inculcated the next generation of architects to advance his ideas and his designs worldwide. The Miesian fixation on glass, steel and open layouts didn’t always work out advantageously. Still, his influence endures, and he articulated it in the Windy City.

This is one of those books (like this one and this one) that takes a specific part of American history and illuminates considerably more about the country than the given topic at hand. It also stands out as a case in point for the ways that cities aren’t just the places that people with grand ambitions and unique visions go, but that cities themselves inspire, nourish and nudge along those visions.