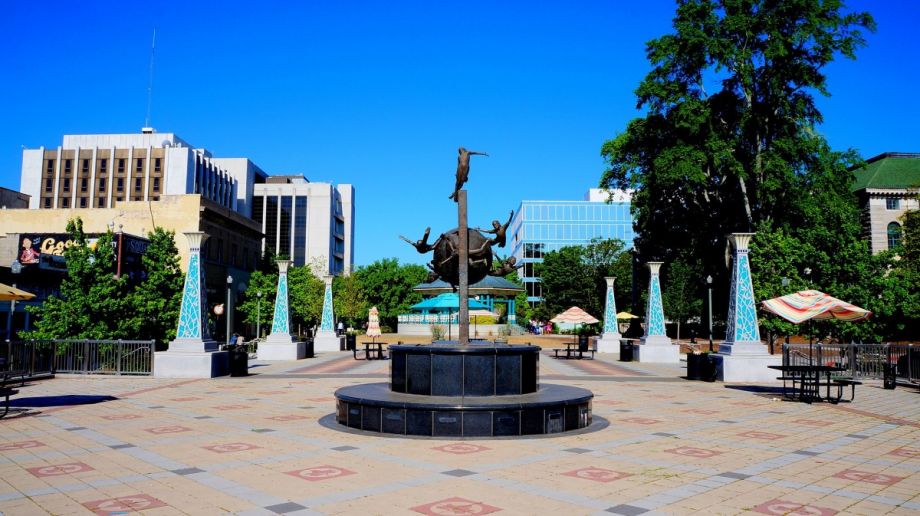 Veronica Edwards knows what gentrification looks, feels and sounds like. When she first heard the word in the 1990s, she wasn’t sure what it meant. A friend explained to her that people were going to be moving from her neighborhood. “Basically, they’re going to go up on the taxes, and your people or your nationality is going to have to move,” she recalled in 2014.

Now, Edwards is a gentrification veteran. In October 2013, she made an emotional plea to the Decatur, Georgia, city commission that captures the despair and resilience found in communities throughout the United States where direct and indirect displacement are converting residential, commercial and industrial spaces into places where wealthier and often whiter people live, work and play.

Over the past six years, I have come to know well Decatur and similar communities through working on a book on gentrification, race and history. Though my work drills down into the Georgia city’s history, it draws on comparative material from other suburbs in the United States and Canada.

Decatur is an Atlanta suburb with about 22,000 people living in a 4-square-mile Southern courthouse square city about 6 miles east of the Georgia State Capitol. It’s one of many cities across the nation, and indeed across the globe, that increasingly are confronting issues of racism, diversity and inclusion as their populations change.

The story Decatur’s elected and appointed officials tells differs significantly from the ones told by longtime residents like Edwards struggling with the social costs imposed by gentrification. Some of these costs are obvious: evictions, foreclosures and U-Haul trucks parked at curbs being loaded with the detritus of uprooted lives. 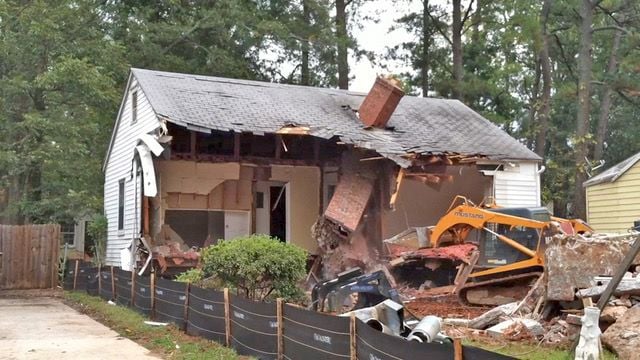 A small Decatur home was demolished in 2011 and replaced by one more than twice its size. (Photo by David Rotenstein)

That evening in 2013 the Decatur City Commission was holding a hearing on a proposed moratorium on single-family home demolitions. Teardowns. Edwards lives in Oakhurst, the Decatur neighborhood most affected by gentrification, with her 80-something mother and 100-something grandmother. They’ve lived in the same house since 1966.

“I’ve been a resident for approximately about 47 years, so I have seen the diversity come and go,” Edwards told city leaders and a standing-room-only room.

The Decatur City Commission didn’t have her back that night; commissioners voted to enact a tree-cutting moratorium and voted against the teardown moratorium. The 2013 vote was one of several points over the past decade where city leaders could have acted to staunch the loss of affordable housing and to protect Decatur’s rapidly dwindling African-American population — a net loss of approximately 70 percent between 1980 and 2013.

Two months after Edwards and other Oakhurst residents asked for relief, Decatur police officers detained resident Don Denard in front of the home where he had lived since 1987. Denard is a former Decatur school board member and in 2013 he was a financial director for global health programs at the Carter Center. Denard is African-American and the officers were white. Denard didn’t let the encounter go and his complaint forced city leaders to confront racism and the city’s diversity issues. It resulted in hearings, public meetings and a city-commissioned diversity study.

Gentrification in Oakhurst and such citywide issues as police racial profiling and feelings of alienation and marginalization by residents and visitors of color put Decatur in a precarious position because diversity and progressive values are integral to the Decatur brand. Cracks in the city’s image threaten to undermine its reputation as an Atlanta suburb that oozes “hometown hipness.” The city’s hipster-friendly bars and restaurants regularly are featured by local newspapers and broadcast media and by national publications such as The New York Times. 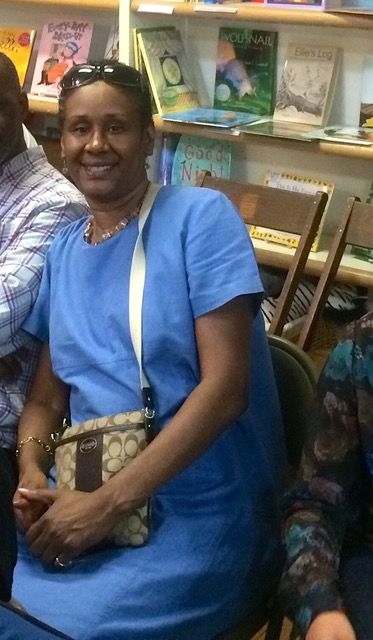 Edwards and Denard’s stories are typical in Decatur and elsewhere. To combat the assault on its image created by stories the city couldn’t contain, the same city leaders who hail Decatur as a progressive, livable and sustainable place enacted cosmetic measures to mitigate the damage created by the dissonance manifest in the city’s residential development policies stripping the city’s diversity versus how diversity is commodified there. On the one hand, Decatur municipal leaders have groomed an image touting diversity, while on the other they have failed to curb the real estate speculation that has contributed to the city’s economic and racial homogenization.

City leaders embarked on an ambitious public relations campaign disguised as a diversity initiative. With an investment of more than $100,000 in a consultant and dedicated city staff, Decatur leaders unveiled the “Better Together” initiative to increase community engagement and to introduce more diversity to spaces where civic issues, from affordable housing to police racial profiling, are discussed and decided.

Decatur’s diversity program is missing some vital information: the role municipal policies played in creating the crisis. In his recent book, “How to Kill a City,” the journalist Peter Moskowitz deftly yet inelegantly named a critical factor in the way gentrification works that geographers, economists and sociologists have long recognized: “phase zero.”

To Moskowitz, phase zero includes all of the municipal policies that create an environment where gentrification is viable and profitable. Zoning, business licensing, public schools, policing and code enforcement all contribute to phase zero, in which conditions become ripe for developers and investors to enter spaces where disinvestment and oftentimes decay have long ruled.

Without ever mentioning Decatur in his book, Moskowitz accurately described conditions there.

Decatur’s phase zero is evident in the city’s development policies. In 2008, city leaders commissioned an affordable housing study and subsequently adopted only one of the consultant’s recommendations; two others were partially implemented. Add to that years of inaction over tax relief for elderly homeowners and the daily racial microaggressions people of color face in the streets, businesses and City Hall, and Decatur’s hometown hipness loses its appeal for lots of people.

But you won’t find those stories in Decatur’s Better Together plan or the many celebratory stories written about the city’s “diversity initiative.” In fact, the framing tools Decatur and other communities use to communicate about diversity, inclusion and the steps they take to preserve, restore or bolster them may be seen as an extension of the municipal policies that led to the very problems city officials assert they are trying to correct.

The official stories render people like Edwards, Denard, and their families and neighbors invisible as they erase the municipal policies that created the conditions forcing municipal officials to confront racism, diversity and inclusion. Instead of cosmetic mitigation, cities need to do the hard work of reconciling distant pasts that created segregated housing and fractured communities with more recent policies that privilege developers and wealthier (and whiter) newcomers.

Cities need to, as Edwards pleaded, have their most vulnerable residents’ backs. They can do that through equitable affordable housing policies, inclusive zoning, inclusive placemaking, better police training and better attention to how people of color are marginalized, otherized and tokenized in the public sphere.

David Rotenstein is a historian and folklorist living in Silver Spring, Maryland. He does oral history and cultural documentation work and writes on the intersection of race, place and the production of history.