The Death Knelling Over Citi Bike – Next City

The Death Knelling Over Citi Bike 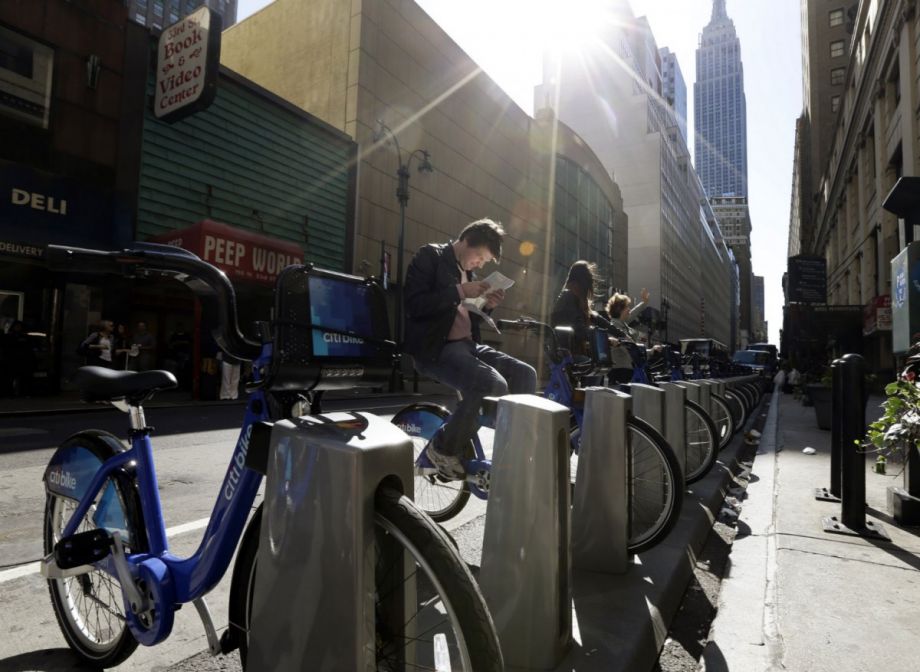 In the Wall Street Journal on Thursday, Laura Kusisto, Eliot Brown and Andrew Tangel kick off a report on the challenges facing New York City’s rent-a-bike program with this gripping lead:

Leaders of Citi Bike are moving quickly to raise tens of millions of dollars to rescue the popular bike-share program as it loses money, according to people familiar with the matter.

Striking, but given the evidence in the rest of the piece, it has the air of a premature eulogy. Consider how the 10-month-old system has 100,000 annual members. Then there’s the truly terrible winter New York has experienced — Brooklyn data engineer Abe Stanway has proven that Citi Bike weather is indeed a thing — and the fact that the system at rollout had design flaws that seemed almost intended to make sure no one, in the early going, developed a habit of riding Citi Bike.

In other words, the Venn diagram overlap between “Citi Bike works” and “it’s not crazy to ride Citi Bike in this weather” has been awfully small.

For one thing, there was the botched software and hardware that made engaging with Citi Bike in the spring and summer enormously painful. In those days, it wasn’t unusual to try five different bike stations before finding one capable of producing a working bike. The slot for putting your blue key fob in was hidden like an Easter egg, and the software interface built by troubled Montreal-based operating company Bixi was terrible (and still isn’t terrific). Those design flaws caused several cities to withhold payment, and may have limited the capacity of the operating companies to improve the system.

Casual daily or weekly Citi Bike users had their own issues. Indeed, the Wall Street Journal reports that while the number individual subscribers paying $95 a year has crept upward in the winter months, the number of short-term passes designed to appeal to tourists has dropped considerably.

Again, there’s the weather. But the system also hasn’t been optimized for use by tourists. Short-term passes work like this: The kiosk spits out a paper slip with a code that you carry over to the bike rack, which may or may not then release a bike. The process introduces tourists to an experience that many visitors to New York are eager to avoid: Standing in the middle of a sidewalk looking intensely foolish.

Perhaps the most enduring challenge for Citi Bike is where the Journal writes: “Finding additional sponsors has proved challenging because the program has become so closely associated with its eponymous supporter, according to a person familiar with the matter.”

“Closely associated” is an understatement. The Bloomberg administration went all in on mono-corporate sponsorship of its bike share program. The bikes are Citibank blue and branded with the company name on nearly every surface. MasterCard is also a Citi Bike sponsor, in particular for the payment system, but finding anyone who has ever referred to “Citi Bikes with the additional sponsorship of MasterCard” is probably next to impossible. That reality is no doubt discouraging to other would-be partners. It’s hard to say what the fix is, short of scrapping the program’s identity altogether.

We’re approaching the time when Citi Bike’s early adopters will decide whether to re-up their memberships, and that renewal rate will be telling. The system works better now and New York’s weather will soon hit its gorgeous phase. That seems a far truer test of the system’s prospects than these first 10 months have been.