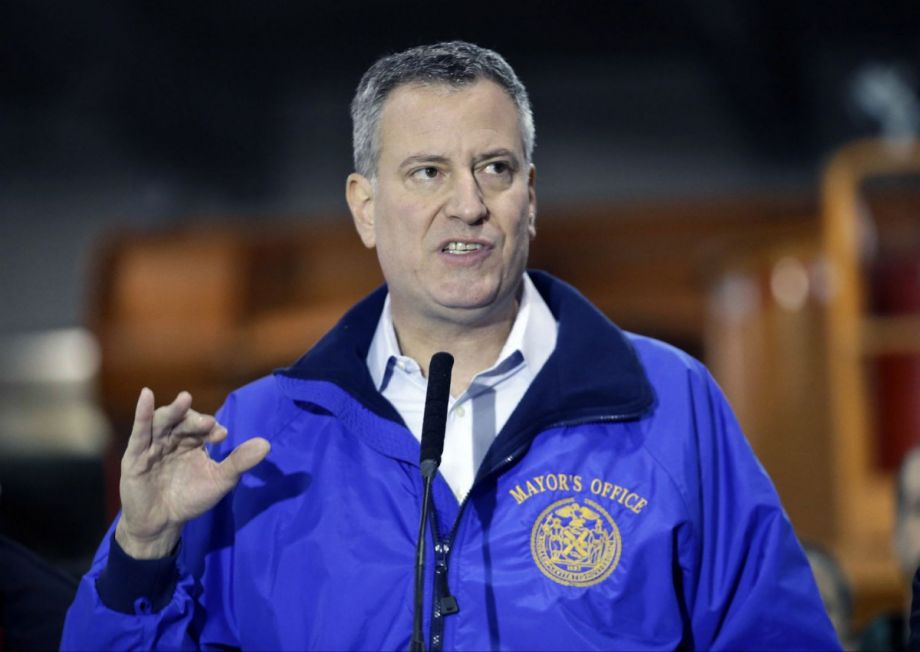 New York City Mayor Bill de Blasio plans to sign a bill into law that will require private companies to provide employees with paid sick days. The bill, expected to land on de Blasio’s desk later this week, would go into effect next month. It comes on the heels of similar laws passed across the Hudson River, in Newark and Jersey City.

A year ago, the New York City Council passed a bill that would have required companies with 20 or more employees to provide paid sick days. This bill drops that number down to five employees. De Blasio called it a “win-win” at a press conference yesterday, arguing that it both safeguards the health of working families and increases workplace productivity. His old opponent in the mayoral primary, former council speaker Christine Quinn, stalled a paid sick leave bill for years, according to the New York Observer, “at the behest of business leaders, who argued such a dramatic new law would do damage to the city’s fragile economic climate.”

“The bill will have deleterious effects on businesses,” former mayor Mike Bloomberg wrote when he vetoed an older version of the bill in June of last year. 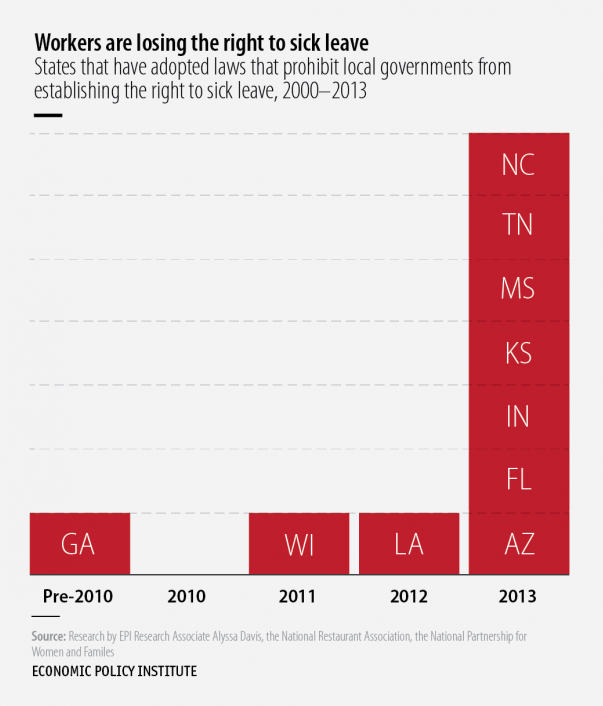 This trend faces obstacles that go beyond the local level, however. Ten states, as the chart above shows, have banned cities and counties from implementing any paid sick days legislation. According to the Economic Policy Institute nearly 40 million Americans — accounting for almost 40 percent of the private-sector workforce — cannot take one paid sick day. And many of those jobs that don’t offer paid sick days are low paying, the kind that very low-paid workers can’t risk losing.

The lack of guaranteed sick days has implications deeper than showing up for work and spreading germs. Some employees are fired because they refuse to come to work while feeling under the weather. Moreover, as the Economic Policy Institute writes, “A typical family of four with two working parents who has no paid sick leave will have wiped out its entire health care budget for the year after just three days of missed work.”