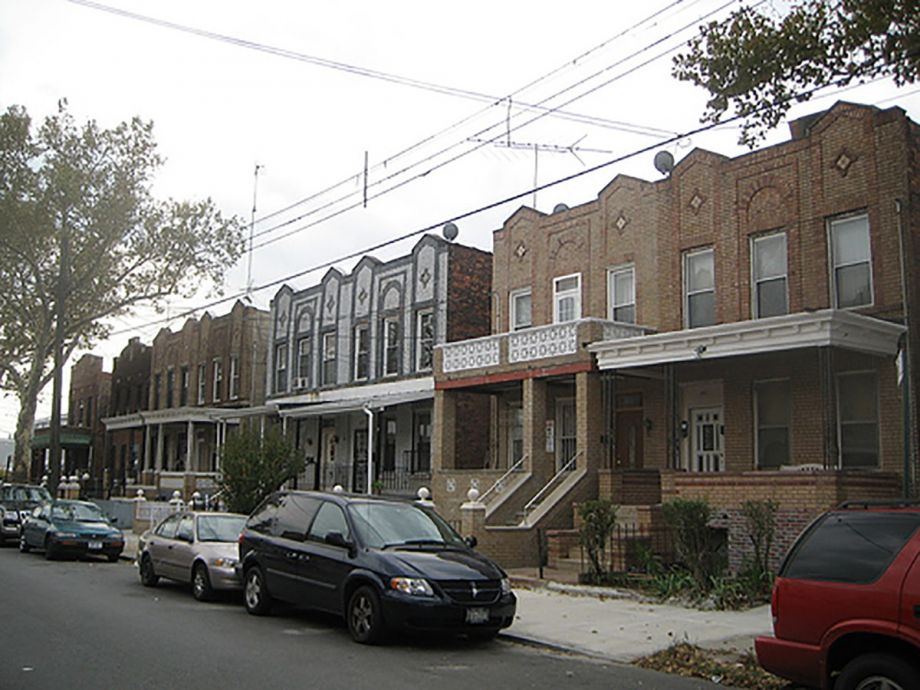 Semi-detached rowhouses on a street in East New York, Brooklyn (Photo by MMZach)

New York City Mayor Bill de Blasio visited a church in East New York, Brooklyn over the weekend to rally support for a proposed rezoning. St Rita’s Roman Catholic Church sits right in the middle of an area the Mayor hopes to transform.

According to the New York Times, the administration plans “to transform blocks of rowhouses, auto body shops and vacant lots into a community filled with new classrooms, bike lanes, trees and, above all, lower-cost housing.”

The city plans to preserve many homes in the community, but several buildings would be remade into 10- and 14-story apartment blocks.

The Times reports that de Blasio is counting on dozens of rezonings in order to build 80,000 affordable housing units and preserve 120,000 existing units. Per the Times:

The administration anticipates more than 6,000 new apartments in the coming decades for the rezoning area, bounded on the north and south by Fulton and Pitkin Avenues. More than half of those units will be set aside for New Yorkers of low to moderate incomes, making between $31,000 and $46,000 a year. Most apartments will rent for between $580 and $1,200 a month.

De Blasio tried to ease congregants’ fears of displacement by urging those facing eviction or harassment from landlords to call 311 for free legal support. But many remain skeptical, having seen longtime residents and business owners displaced from other neighborhoods in rapidly gentrifying Brooklyn.

“East New York needs many changes,” Rev. Luis Laverde, who has led the congregation for the past six years, told the Times. “But the people in East New York must be able to live in East New York. That was the mayor’s promise, and I will pray to God for that.”