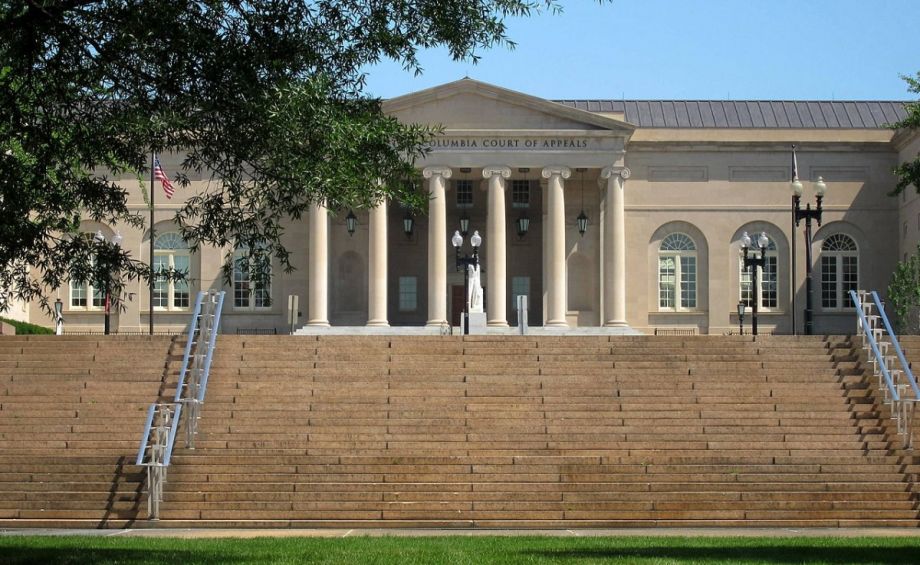 The D.C. Court of Appeals recently ruled in favor of a D.C. tenant law suit to prevent displacement as a result of re-developing a public housing complex into mixed-use, mixed-income development. (Credit: Wikimedia Commons)

Calling the ruling “a win for tenants,” the Washington Post reported that the D.C. Court of Appeals has halted the city’s plans to redevelop a public housing complex in the poorest part of Washington, arguing that the city’s Zoning Commission failed to properly consider the impacts to families and other residents when it initially approved the plan in 2014.

The 444-unit Barry Farm complex was slated to be redeveloped into 1,400 apartments, retail, and other amenities. Importantly, the court said, plans calling for the creation of 344 units for low-income residents, with another 100 to be built “off-site,” would still entail a net loss of 100 affordable units at Barry Farm. The plans also call for fewer multi-bedroom units, which tenants said in a lawsuit was a strategy meant to reduce the number of low-income tenants with children to make the redevelopment more attractive to market-rate renters.

Barry Farm is one of four sites in the city’s New Communities Initiative, which was intended to redevelop aging public housing into mixed-income communities. NCI’s guiding principles include one-for-one replacement and a “build-first” strategy so that residents can remain on the property while construction is ongoing. Across the four sites, only a few hundred replacement units have been built, and many temporarily displaced residents have given up on the idea of returning. At Barry Farm, more than half the tenants have already moved out and 120 families remain, the Post said. Parisa Narouzi, executive director of Empower D.C., which has been working with the Barry Farm Tenants and Allies Association, told radio station WAMU that the alternative housing residents have been offered has been insufficient. “They’re not happy with the alternatives that are being offered to them,” she said. “They’re all properties that also have significant repair issues and are also in the pipeline for redevelopment.”

Barry Farm was originally built in the 1950s and named for what used to be a sprawling farm in the 19th century. In 1867, the government sold lots to freed slaves, who built the first African-American community of homeowners in D.C. here. Ninety years later, under the infamous “Urban Renewal” era, most of the structures were razed and replaced with the Barry Farm public housing complex. Now it is in dire need of repair. Residents who sued the city said that the D.C. Housing Authority provided substandard maintenance to encourage people to move out. Residents described rat infestations, a lack of heat, bed bugs and other “deplorable conditions.”

The ruling comes at a time when affordable and public housing is rapidly disappearing in D.C. Between 2009 and 2014, as Next City has previously noted, almost 9,500 rental units became unaffordable to households earning 60 percent or less of area median income. During that same period, the overall number of rental units in the District actually increased by 30,000. That means that even as housing production boomed, affordable units decreased by 11 percent.

In issuing its ruling, the D.C. Court of Appeals noted that the redevelopment is not dead in the water. “We are not necessarily holding that the development may not go forward on this site, but rather, are simply requiring that the Commission give fuller consideration to and explain its determinations on the issues that we have identified,” wrote Chief Judge Anna Blackburne-Rigsby in the court’s opinion.

The developer can now request a rehearing or return to the Zoning Commission. If it chooses the latter, the Zoning Commission must explain many of its decisions, the court ruled, such as greenlighting high-density development in an area that is not zoned for it. It also needs to address the impact of Barry Farm residents’ loss of amenities like green space, and, perhaps most damningly, “[r]econcile the dispute between the conclusion that the Applicant will ‘guarantee that [current residents] can return to the [site] after redevelopment if they choose to do so’ and that fact that there will be insufficient housing on the…site to accommodate all 380 families, should they wish to return.”