Will a City-Made App Help D.C. Taxi Drivers? – Next City 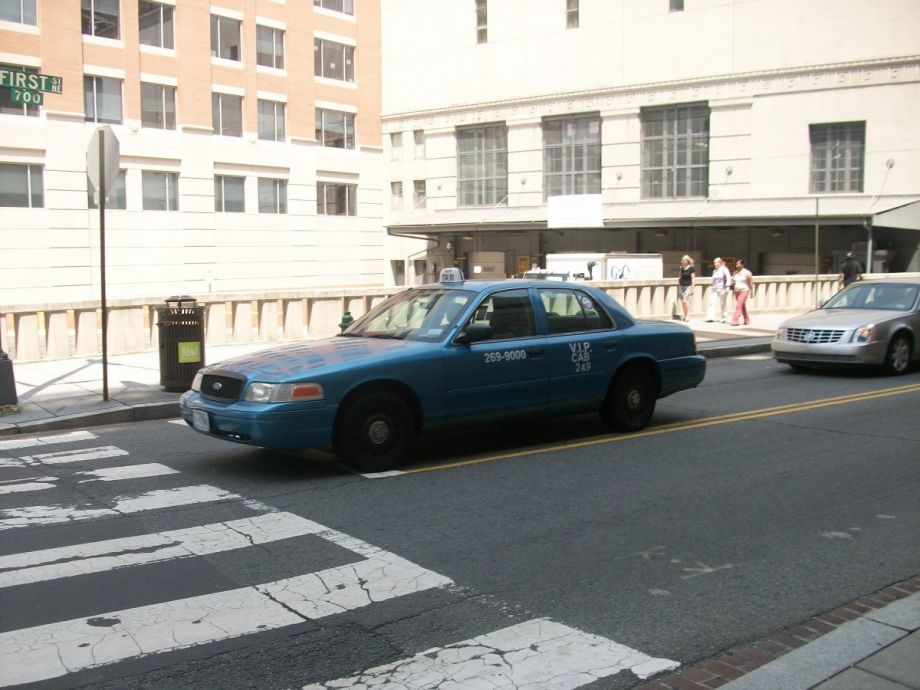 Even as Uber has come under fire for its pricing, driver behavior and tactics when dealing with the press, it and other “ride-sharing” companies like Lyft and Sidecar continue to erode market share from traditional taxicabs.

Part of that may be because Uber is just so darned convenient. The ease of calling a ride with a single tap on a smartphone, tracking the driver as it approaches and paying without having to deal with cash is part of the allure that has made Uber a $40 billion company.

So if Uber and its ilk are so convenient, maybe, city regulators hope, cabs could compete if they were just a little more like Uber.

San Francisco, where Uber and Lyft started, and where the number of trips taken by taxi fell 65 percent in 15 months, according to a 2014 report, has said it wants to make it mandatory for all the city’s cabs to use e-hail apps. Other cities are going farther and building their own.

In Chicago, the City Council voted last month to create one or more e-hail apps for its taxi industry. A New York City councilmember has proposed a similar scheme.

Washington, D.C. may begin beta-testing its e-hail app as soon as March. D.C. did just undergo a change in administration; D.C. Taxicab Commission spokesperson Neville Waters cautioned that, like everything, the e-hail program could be subject to change under the new leadership, but that the agency’s interim chair is “very impressed” with the progress of the app thus far.

D.C.‘s app would be developed by the city’s IT staff in conjunction with private contractors, and the city will mandate that all cabs use it. Beyond that, marketing or maintaining the app will be up to industry, Waters said.

Its primary selling point will be in providing a large pool of drivers; D.C. has 7,000 licensed cabs and approximately 5,900 active on a weekly basis. By mandating that every cab have the new app turned on while on duty, the odds that a user will find a nearby cab are increased, Waters says. “If you have to wait for a prolonged period of time, it kind of defeats the purpose” of an e-hail.

As in many cities, the D.C. taxicab industry has historically been resistant to change (the much-reviled zone system was phased out for meters only in 2008 and credit-card readers were only mandated in 2013, both over drivers’ objections). But, says Waters, at stakeholder meetings, “generally the feeling was positive about the need for the app. … We were all expecting a bit more pushback … it was refreshing, the level of support.”

Meanwhile, on the other side of the country, the Los Angeles Taxicab Commission is set to vote today on whether the city’s 2,300 cabs will be required to use an e-hail app, either a third-party one or one developed in-house by the city. [UPDATE: The commission voted unanimously to adopt an e-hail app.] When I interviewed him over instant messaging, taxicab commissioner Eric Spiegelman wrote that the app would help put cabs on a level playing field with TNCs, as requested by Mayor Eric Garcetti, but also help prevent waste and increase driver income even while lowering fares.

L.A. County has a number of cities that cab drivers can drop off customers in, but not pick them up. When the driver returns to his territory with an empty vehicle, it’s called “deadheading,” and “it’s a massive waste of time, gas, money,” Spiegelman wrote. An app that “rewarded” high-rated drivers with a one-time pickup outside their territory could cut down on that waste and keep drivers’ meters running.

In fact, Spiegelman says, he’s looked at the amount of time drivers are on duty without fares. “If you know driver income, hours worked and the fare, you can tell the percent of hours that the meter is running,” he said. That percentage is “astonishingly low.” Even the hardest working drivers, as judged by income and hours worked, spend 60 percent of their time with an empty car.

UberX, Spiegelman says, “has some fascinating ways of lowering prices while keeping driver incomes up,” like Uber Cargo or simply lowering fares at low-demand times. In a perfect world, a city-designed app could increase taxi ridership (perhaps by lowering fares) but still keep driver incomes at an acceptable level.

Spiegelman says there’s a few social ends being served by keeping taxis afloat. For one, “there are literally zero UberX cars that can handle a wheelchair.” (Three mobility-impaired people in Texas filed a lawsuit against Uber and Lyft for this exact reason last year.) Another? Getting Angelenos out of their cars. “One thing we do know is that when UberX lowers fares, more passengers start using them. Those passengers forego driving in favor of taking UberX,” he said.

If the measure in L.A. passes, the city will have to decide whether to contract with an existing third-party app or build its own. It will have to decide whether these features — of dynamic fare pricing, cargo hauling and rewarding good drivers with higher-paying territories — are not just possible but feasible, and if they make sense for the city’s cabs. But clearly civic leaders across the country are thinking that what the private sector can do, they can do better — for the sake of not just taxi drivers, but for everyone who rides in them too.