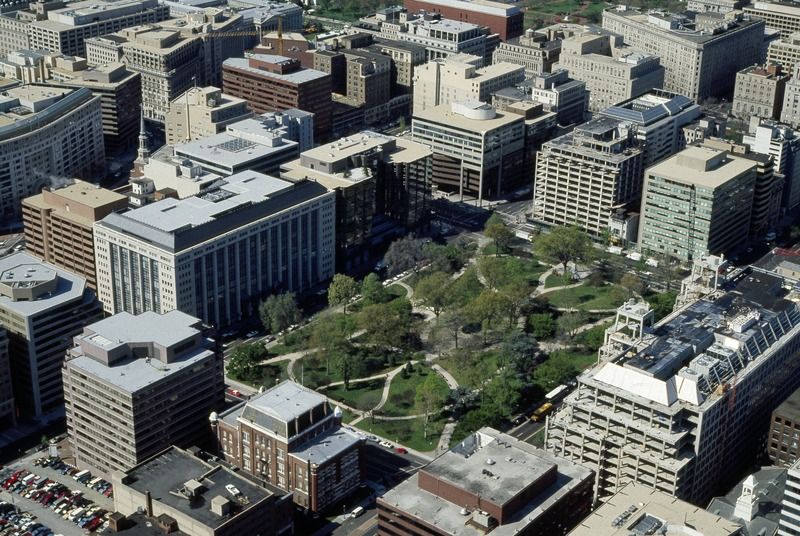 The federally owned properties in question are the Robert F. Kennedy Memorial Stadium site, Franklin Square downtown and the city’s three golf courses, which are currently controlled by the Interior Department. If given control of the RFK site, Bowser could push for a new stadium.

In a letter sent to the Trump Wednesday, Bowser appealed to the president’s focus on infrastructure investments, as well as one of his hobbies, asking if he would consider the plan to “create a world class urban golf course system in the nation’s capital.”

“You have often said that infrastructure investments are key priorities of your administration,” she wrote. “We stand ready to partner with you to invest in infrastructure and to create more economic opportunities.”

D.C. city officials have been trying to reach an agreement with the federal government to develop Franklin Square since 2012, and have grown frustrated with the slow progress. Bowser wrote that execution of this project has “been stalled for several months,” and that the District is committed to the project and included funding in its 2017 budget.

Two new stadium options have been floated for the RFK site: a 65,000-seat stadium for the Washington Redskins when they depart FedEx Field and a 20,000-seat arena capable of hosting the Washington Capitals and Wizards should they leave the Verizon Center.

Currently, the RFK land is leased to the city by the National Park Service. The RFK Stadium will lose its only long-term tenant in late 2018 when the D.C. United soccer team is schedule to move into its own stadium in Southwest D.C. The lease expires in 2038 and would need to be modified or extended in order to develop new sports facilities or housing on the site.

Bowser asked for either “a full transfer of jurisdiction or an extension of the term of the lease for an additional 100 years with a removal of restrictions limiting the use of the property to stadium and recreational purposes on RFK.”

Bowser’s ask is in line with her push for statehood for the District. She has argued in the past that a lack of a vote in Congress makes it more difficult to solve the city’s major challenges. Bowser released a draft state constitution last May, but acknowledged after November’s presidential election that the push was unlikely to be effective with Trump in office.