D.C. Looks to Europe as It Rethinks Height Limit – Next City

D.C. Looks to Europe as It Rethinks Height Limit 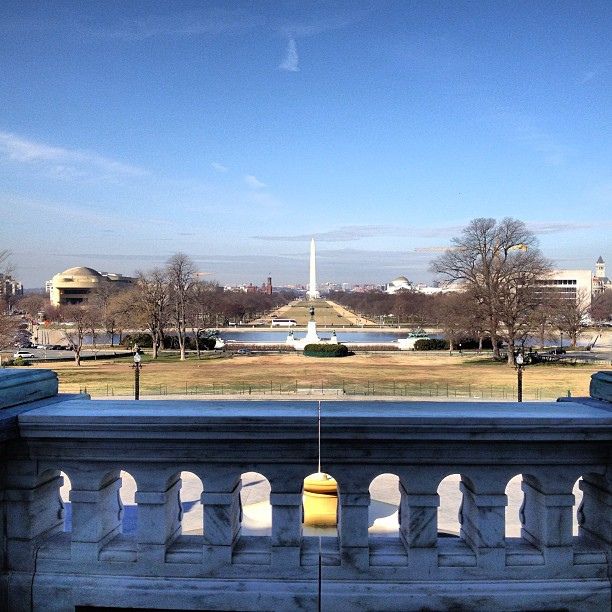 The first thing to know is that the whole Capitol dome thing is a myth.

“There’s something about building heights that engenders fables,” said architectural critic Witold Rybczynski in a 2008 talk at the National Building Museum.

Fables, like the one about the so-called gentlemen’s agreement to go no higher than the hat of William Penn on his statue atop the Philadelphia City Hall, said to constrain the city’s growth for years. (“A lot of my best friends are developers,” noted Rybczynski, “but ‘gentlemen’ is not the word that I would use.”) Or the one purporting that Washington, D.C. is so low-slung because of a ban on building above the 288-foot-high cap of Congress or, according to even less-informed tour guides, the 555-foot Washington Monument.

As U.S. cities matured, Rybczynski explained, how tall their buildings went was less shaped by aesthetic concerns than prosaic ones. Costs of building materials determined whether developers wanted to build big buildings. Quality-of-life innovations like elevators and pressurized water systems determined whether people want to fill them. Regulations, generally, responded to public safety risks. None of that’s to say that the look of cities was irrelevant. In Washington’s case, its heights owe much to a particularly garish late-19th century apartment building; more on that below. But U.S. cities found ways to shape their appearances without keeping their buildings uniformly and arbitrarily low. As the last century rolled along, those cities that had them threw off their one-size-fits-all height limits.

Except one, that is. Washington, D.C. has kept its height restrictions intact.

Now, though, the powers-that-be in Congress have triggered a formal rethinking of Washington’s height cap. The National Capital Planning Commission and the District of Columbia are working on a Master Height Plan. And at an evening discussion at the National Archives Building last Tuesday, European urbanists highlighted for the District’s consideration the, in the words of moderator Gary Hack of the University of Pennsylvania, “surgical ways” planners say they’re conscientiously elevating Europe’s cities. Those tactics are modern points of reference as the District considers anew how it handles heights. We’ll call them clusters and spikes.

A growing, globally ambitious and tourist-hungry London, explained Robert Tavernor of the London School of Economics, “has been agonizing about height for well over a decade now,” eager to maximize its public transportation system while containing sprawl. But there’s an enemy afoot: “Pepper-potting,” or the willy-nilly placement of tall buildings where they block the views of city landmarks. In response, the city’s London Plan has focused on clusters of tall buildings in specific areas, accompanied by a London View Management Framework that identifies 27 different vistas the city deems worthy of protecting, including those of Parliament, the Tower of London and St. Paul’s Cathedral.

When combined with the city’s historic preservation rules, Tavernor said, the London Plan has, in the last few years, produced an urban topology marked by skyscrapers in the city’s East End, particularly in the Canary Wharf business district. The resulting blocky contrast between low London and tall London gives the feeling of a “pulling away” of one from another, creating spaces in which each can exist.

“As one moves through and around the city, that relationship changes constantly,” Tavernor told the crowd in Washington, “and the idea over time is to reduce the height of other buildings but to heighten these points where transportation and livability can be combined to ideally create a city for the 21st century.”

Jürgen Bruns-Berentelg is the CEO of HafenCity Hamburg, a rejuvenation project for the German city’s waterfront. Hamburg’s tactic, he said, has been to avoid clusters, instead identifying spaces that would benefit from single buildings of considerable height, giving “a spiky appearance to the city core.” But, he explained to the audience in Washington, “The question was, since churches are not built to that height anymore, what kind of buildings could that be?”

In Hamburg, the approach has been to replicate the sprinkled-spire effect with 12- or 13-story office and residential buildings that break out from the horizon line, whether they’re viewed from the city streets or from the Elbe River. Similarly, in Berlin, the answer has been Potsdamer Platz, an imposing public square and commercial complex that introduced a trio of jutting towers to a section of the city flattened during World War II. 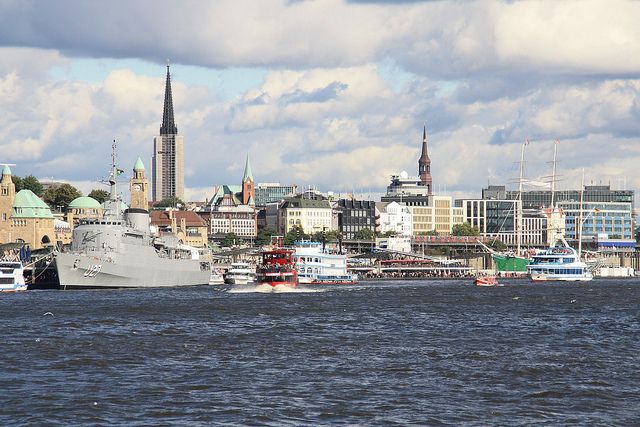 Hamburg and its spikes. Credit: Martin Wippel on Flickr

Batting cleanup was John Worthington, a professor of architecture at the University of York. Worthington warned that while “the single independent building is very attractive to the developer” — you get the benefit of great, unobstructed light, the services of hopefully abundant public infrastructure, and the distinction being a unique feature of the landscape — “and not very attractive to the city if you really want to raise density.” For Worthington’s money, a cluster is preferable to a spike or three.

So how did D.C. get its height caps, the ones that set maximum building heights to the width of the street plus 10 feet in residential areas (to a maximum of 90 feet) or 20 feet for commercial (to a maximum of 130 feet)?

The backstory is complex. Here’s one, condensed version: Fire plagued U.S. cities in their earliest days, and with that in mind and the guidance of architecture enthusiast Thomas Jefferson, in 1791 President George Washington directed that homes in his eponymous city be made of brick or stone, and no taller than 40 feet. Notably, in the hopes of growing a worthy capital city, homes on avenues could also be no less than 35 feet.

Jump ahead to the late 19th century, and the construction of a building known as the Cairo at 1615 Q Street. At 164 feet, it was seen as a hulking monstrosity. (It’s still there, as condos. Have a look via Google Maps street view.) The city’s commissioners, eager to stop the next Cairo, looked to Europe and its planning practice of basing building heights on street widths. At the dawn of the 20th century, Congress enshrined the city’s rules into federal law, most particularly with a 1910 bill called the Heights of Buildings Act.

Scores of suspensions and exemptions over the years have allowed taller structures to be built. But, when coupled with strain of American city-making that gives pride of place to civic buildings, of which D.C. is chockablock, the height act has helped build a city that’s approachable and easily navigable for residents and first-time visitors alike.

For a long time now, if D.C.’s height cap was given much thought, it was mostly as a trivia question to which the commonly accepted answer was wrong. But recently, some have started to question whether the limit is causing real harm. Does it stymie economic growth? Keep rents artificially high? Keep the city artificially sparse? Produce architectural ugliness, as it incentivizes developers to fill every last inch of allowable space? The institutional examination now taking place was initiated by Rep. Darrell Issa, the chair of the congressional committee that oversees the District, who represents the San Diego area and keeps a home in Northwest D.C.‘s Kalorama neighborhood.

After a summer hearing, this October Issa asked for, and later got, commitments from Washington Mayor Vincent Gray and the National Capital Planning Commission to study possible height changes in what’s known as L’Enfant City — the city core generally considered bounded by Rock Creek Parkway, Florida Avenue and two rivers: The Potomac and the Anacostia — as well as the parts of the District that exists beyond it.

“The Heights Act discussion and this study isn’t about how high you go,” Issa said in surprise appearance at the National Archives session. “It’s about how well you go high.” The report back to Congress is expected in September.