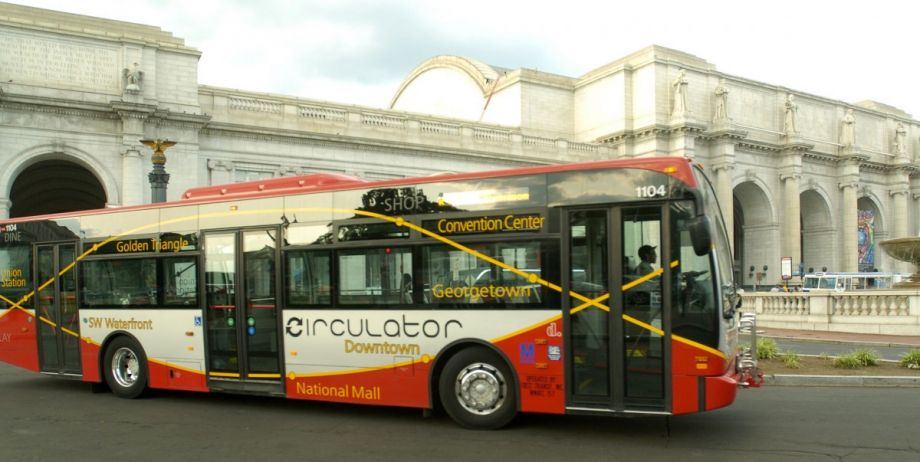 “Metro intends to be out of the picture as of next July, giving the District Department of Transportation (DDOT) time to prepare to oversee and manage the Circulator’s day-to-day operations across six routes plying 13 Washington neighborhoods and the National Mall,” WAMU reports, adding that “DDOT simultaneously is seeking a new company to run and repair the buses because Cincinnati-based First Transit, hired by WMATA in 2005 because it was the only bidder with any, albeit inadequate, maintenance and storage facilities, has not properly maintained the 67-bus fleet.”

Metro’s move will help simplify the Circulator’s management structure. Since the red buses first hit D.C. streets, DDOT has set routes, schedules and fares (and technically owned the fleet) but Metro has been in charge of on-the-ground oversight of a contract with First Transit — which operates the system.

And Metro hasn’t exactly been happy with the Circulator’s performance. According to the Washington Post, as many as one-third of the Circulator’s 67 buses are taken out of service due to mechanical problems on any given day. Buses are sometimes taken off-line following morning safety checkups, while “others have broken down in the middle of their routes, leaving passengers stranded and others waiting at the bus stop.” WAMU reports that Metro perennially docks company payments to First Transit for “failing to meet the daily quota of operational buses.”

Wear-and-tear, combined with a lack of maintenance, are partially to blame.

Of course, Metro’s track record in the area of timeliness, at least, also leaves much to be desired. And then there are the fires. As Josh Cohen wrote for Next City earlier this month: “In the first three months of 2017, Washington, D.C.’s Metro logged 20 ‘significant’ fire incidents. That’s considered good news for the beleaguered transit system, which had 27 significant fire incidents in the same period the previous year.”