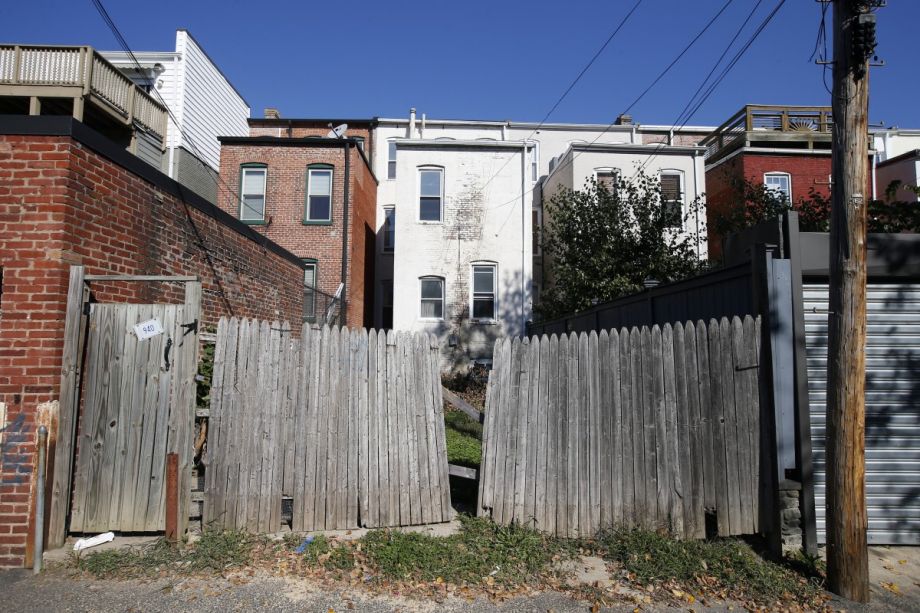 Tenants were forced to leave these homes, owned by the District of Columbia Housing Authority, in 2013, before the agency renovated them and sold them to wealthy buyers. (AP Photo/Alex Brandon)

With nearly 14,000 affordable housing covenants set to expire by 2020, and 1,000 new residents moving to Washington, D.C., each month, the city’s “Housing Preservation Strike Force” released a set of recommendations Wednesday for preserving the district’s existing affordable housing. That includes the ambitious goal of maintaining as affordable 100 percent of units currently receiving federal or city subsidy.

The committee — made up of 18 members from city agencies, law firms, community organizations and the D.C. council — also recommended creating a Preservation Unit within city government to focus on the issue and a public-private preservation fund to leverage outside investment. Other programs would focus on renovating small buildings, providing rental assistance to allow seniors to age in place, and allowing the district to transfer ownership of properties at risk of losing their affordable units to developers who agree to maintain affordability. Regulations for the latter program will be proposed this fall.

With D.C.’s low-cost units dropping precipitously, the strike force recommended all suggestions be implemented immediately. According to the D.C. Office of Planning, between 2009 and 2014, almost 9,500 rental units became unaffordable to households earning 60 percent or less of area median income. During that same period, the overall number of rental units in the district increased by 30,000. That means even as housing production boomed, affordable units decreased by 11 percent.

The crux of the recommendations is the Preservation Unit, which would monitor opportunities to maintain subsidized or naturally affordable units within reach of low-income households. The agency would collect data on existing rentals across the city and monitor the Tenant Opportunity to Purchase Act, which gives renters the right to buy the properties where they reside through tenant associations. Staffing the unit will begin in 2017.

That unit would also provide the seed money for the preservation fund, which would offer loans to nonprofit developers and tenant associations to acquire and redevelop properties. The rest of the money in that fund would come from private sources “to increase the impact of public funding” and “put additional ‘eyes’ on the deals and properties being considered,” according to the report. The Department of Housing and Community Development has already set aside $10 million for affordable housing preservation for FY2017.

“The Strike Force developed a plan that will take Washington, D.C., to the next level in its housing preservation strategy and I am pleased to say that the District is already acting to turn the plan’s recommendations into reality,” said Mayor Muriel Bowser in a statement. She has committed $100 million annually to the city’s Housing Production Trust Fund, a number the city claims is the highest in the country.

At a Wednesday press conference, Bowser also announced 13 projects that will receive LIHTC and other public funds to build or preserve more than 1,200 units in the District.