Data-Loving Organizers Want to Scale Down That Obama Magic 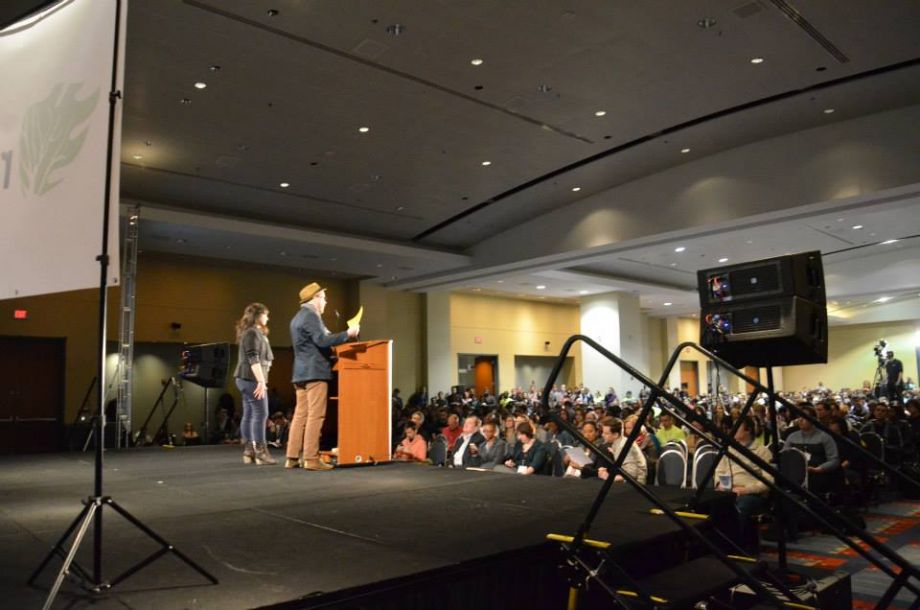 A session at the 2013 Rootscamp conference at the Washington Convention Center; credit: New Organizing Institute.

If Rootscamp had a hero last year, it was perhaps Teddy Goff, architect of the impressive data-driven digital performance of President Obama’s second, billion-dollar campaign. But this year it was likely Adam Mordecai, a former online organizer for Howard Dean who pioneered Upworthy’s method of finding video nuggets, testing them ruthlessly on “a magical unicorn box that I’m not allowed to talk about,” and then making them take over your Facebook wall.

A sample: In July, Upworthy found a video from The Nation magazine about a teen who recording his interaction with the NYPD. The 13-minute clip had 40,000 views. Editors reframed it with the headline “Meet The 17-Year-Old Who Blew The Lid Off Racial Profiling With His iPod,” and it got 4.5 million views on Upworthy.

Few of the progressive organizers at the Washington, D.C. Convention Center on Friday and Saturday will ever collect a paycheck from the Obama administration, nor may they ever enjoy the reach of the money-soaked Upworthy. An off-election year, there weren’t as many campaign debriefs as there have been in some of the seven Rootscamps past. At one session with the digital team from Twitter superstar Cory Booker’s Senate win in New Jersey, only a handful of people turned up.

This is a crowd for whom data are the mother’s milk of politics, and multivariate testing a way to better connect with fellow humans. But American politics is still a largely local affair. The gathering, then, hoped to figure out whether analytics does any good when you have a race for small-city mayor or town council. Does analytics scale downward?

The fact that the future jobs of today’s Rootscampers will likely be at small, lightly financed races and campaigns helps explain why a session called “Breaking Through the Analytics Floor” had an attendance rate about 25 times that of the Booker debrief.

“There’s been all this journalism about the Obama campaign and how things that they did with their giant data team can now be done for, like, dog catcher’s races, and it’s gonna change everything,” said Dave Karpf, an assistant professor of media and public affairs at George Washington University, to open the afternoon. “And that struck me as a just little weird, because some of that can be applied to smaller scale, some of that can be applied to groups of a hundred people. But a lot of what we’ve been learning about with the Obama campaign, things like the 12-way A/B tests” — randomized experiments on competing options — “that they could basically run every day on their emails, you can’t really do that with lists of a thousand people.”

It was a personal topic for attendees. “I was excited to be invited to this panel,” said Milan DeVries, director of analytics for MoveOn.org, “because when you think analytics for small lists, you think MoveOn.” MoveOn claims 8 million members. DeVries started by asking who works with email lists of more than 10 million people. Few. Between 10 million and 5 million? Between 5 million and 1 million? Hands only really shot up when he got below 50,000. There was nervous giggling, but DeVries called this a message. “Lesson number one: You can do surveying even if you have a list of the hundred and some-odd people who are in this room.”

But this is a crowd looking for something a bit more sophisticated than a show of hands. Hallie Montoya Tansey did field operations for the ’08 Obama campaign in Nevada, New Mexico, Texas and elsewhere before going on to work at the Department of Education. She’s since moved out to San Francisco and co-founded The Target Labs, with the very ambition of scaling down what the Obama campaign did for local races. Tansey put up a graph that depicted two lines crossing. “The modeling break-even point,” she called it.

“Unfortunately, modeling is not yet free,” Tansey said, but Target Labs is working on reducing the fixed costs of data analysis to give campaign managers and consultants who don’t get statistics a tool that “spits out your scores.” (As to where to find the money to pay for even modest voter analytics, Tansey had an idea: “I really think a lot of small campaigns do polling to feel good or bad. Like, that’s about it.”)

One lesson progressives have picked up is that the deeper you go, the more it costs. “The analytics floor bites,” said Kevin Collins, director of research at the Analyst Institute, “when you’re trying to get information that’s very specific.” The solution? If your list is small, use data to examine big vision shifts. Forget testing the shade of red for your “Donate Now” button.

Instead, use analytics to figure out how to steer the campaign ship. Should your candidate spend more time out in the field, knocking on doors, or back at headquarters dialing for dollars? “Let’s mention you want to run a randomized controlled experiment on parachutes,” Collins said. “You need a lot smaller sample to detect the effect of no parachute versus one parachute than a 25-foot-diameter parachute versus a 26-foot-diameter parachute.” There was delayed, then distinct, laughter.

Going inexpensive and local manifested itself in other ways. At a Friday session on “new theories of change,” Matt Ewing traced his journey from a high-school environmental activist, to “working my ass off for most of my 20s” on elections for MoveOn, to co-founding Scoot Networks, an electric scooter sharing company in San Francisco. At first he was reluctant. “It’s a silly word, scooter,” Ewing said. But he realized that when it came to the elected Democrats he’d fought to get in office, “as far as climate change was concerned, nothing happened.” The boom in cheap Chinese scooters suggested another path. “I believe this is what electric vehicles for the people look like,” he said. “It’s not going to start with Tesla.”

”The trade-off isn’t, ‘do you do analytics or not,’” Collins said. “It’s not between ‘no analytics’ and ‘analytics.’ It’s a question of where on that specificity trade-off are you going to get the best return on your investment. You should all be thinking about how some of your organizations can have a positive R.O.I. from very specific, tailored analytic products. Some of you can’t.” Testing their own assumptions about where their future work will fall on that spectrum, Collins told the crowd, “is the task that you all have.”