Can Data Officially Link Housing for Ex-Prisoners and Public Safety? – Next City

Can Data Officially Link Housing for Ex-Prisoners and Public Safety? 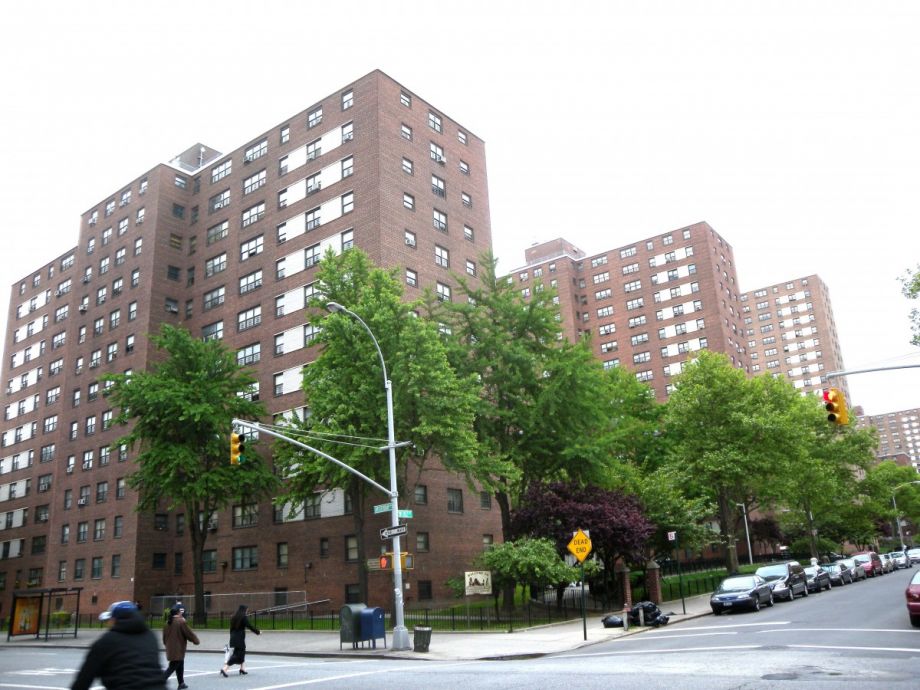 NYC’s Housing Authority is revisiting its policy of barring many formerly incarcerated people from public housing.

Housing restrictions are just one of a host of collateral sanctions for criminal offenders passed by Congress during the middle years of the War on Drugs — and public housing authorities used the opportunity to enact a range of discretionary policies, many of which seem needlessly severe in retrospect. Municipalities have been dialing back in recent years, and a New York City pilot program may yield data that emboldens others to follow suit.

Thanks to policies like Bill Clinton’s “one strike and you’re out,” those convicted of a felony can be barred from New York public housing for up to six years after their release; housing officials can deny occupancy for up to two years for crimes as minor as disorderly conduct or public intoxication.

In April, the New York Daily News reported that the NYCHA has the authority to evict residents who are simply charged (though not convicted) with a crime. At that time the agency was processing 1,400 termination cases. Proof of marijuana use in the past three years is enough to get an entire family declared ineligible for housing benefits.

“We know that when people have stable housing post-release and reconnect with their families they do better on a whole range of factors that contribute to long-term success,” notes Margaret diZerega, director of a family-focused program at the Vera Institute of Justice.

Three years ago, HUD began calling on municipal housing authorities to revisit their policies with an eye toward reform. In a 2011 letter to PHA directors, former HUD secretary Shaun Donovan attempted to clarify the federal government’s position on housing exclusion and urged housing administrators to consider “all relevant information” — including the probability of future criminality — in deciding whether to deny occupancy.

“From hearing from housing officials, it’s clear that some of the problem has simply been ignorance,” says Caterina Roman, who’s on Temple University’s faculty in the criminal justice program. “They were just excluding everyone. It wasn’t clear what was coming down from HUD so I think that clarification really gave leeway to PHAs to open up the system more.”

New York City Housing Authority (NYCHA) began revisiting its policy of barring many formerly incarcerated people from residing in subsidized units last year with the launch of a new pilot program aimed at reuniting returning inmates with their families living in public housing.

The Family Re-entry Pilot Program — a collaborative effort between NYCHA and the NYC Department of Homeless Services, with additional support from the VIJ and the Corporation of Supportive Housing — began accepting applications from 11 referral agencies last December in the hopes of enrolling 150 participants.

For housing advocates the move was a long time coming.

Participants in the NYCHA pilot receive temporary permission for up to two years to reside with family members in public housing, after which they are eligible to apply for a permanent place on the lease. During that time they also receive a range of re-entry services — including job training and drug treatment for those who need it.

“The intent behind the pilot is to learn more about who is a good candidate for success and under what conditions,” says diZerega, “and to use those findings to inform a discussion around possible policy changes.”

She acknowledges at this early stage, the program needs to work on outreach.

“We haven’t seen the number of referrals that we thought we would,” she says, noting that only seven ex-offenders are currently taking part in the pilot. “That’s not because there isn’t a need for programs like this. I think part of the challenge is making sure we are getting the word out and that people know this program exists and that it will offer what it says it will offer.”

“The issue of housing and the nexus between incarceration and homelessness became important to me because there was such a gap in the research literature,” she says. “There are pieces of success stories, but in my mind the way to think about this is we just don’t know enough.”

“Until we have a study that shows some clear link between housing for ex-offenders and public safety we’re not going to have that buy in from the criminal justice system,” she said. “If Vera can answer that for New York that’s a huge step. Descriptively I think this is a very important study to be completed.”