Dozens of Cities to Use Data to Shrink American Prisons 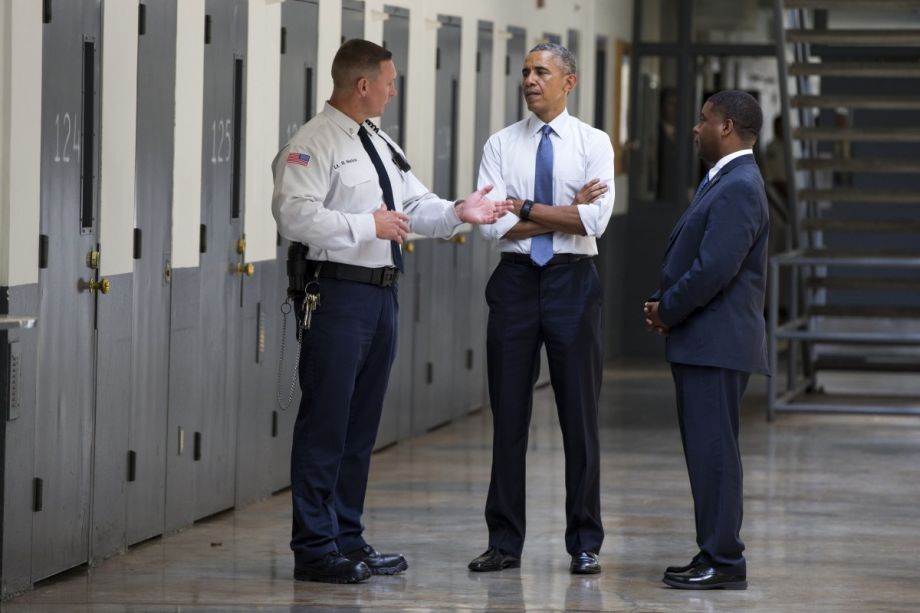 President Barack Obama on a tour of a federal prison in El Reno, Oklahoma, in 2015 (AP Photo/Evan Vucci)

The White House wants to use data to help communities more smartly determine who should — and shouldn’t — be in jail.

The Data-Driven Justice Initiative announced Thursday aims to equip local and state governments to divert low-level offenders with mental illness out of the criminal justice system, and keep low-risk offenders from staying in jail simply because they can’t afford a bond.

Jail is expensive for municipalities. Every year, 11 million people move through local jail systems, costing local governments nearly $22 billion. Many of these people, particularly those with minor offenses and low-level, non-violent misdemeanors, could be better served elsewhere. In local jails, 64 percent of people suffer from mental illness and 68 percent have a substance abuse, according to the White House.

Using risk assessment tools, the DDJ communities will identify low-risk defendants held in jail who could be candidates for pre-trial release. Other efforts in the initiative are aimed at keeping many people from entering jail in the first place.

The communities will use data from across criminal justice and health systems to identify the people with the highest number of contacts with police and emergency departments, and link them to mental health and other social services. The goal is to get individuals the help they need, and reduce their emergency room visits and encounters with law enforcement.

The communities will also train police officers, EMTs and firefighters — who are often the first responders to crisis situations — to divert individuals experiencing mental health crises to service providers instead of arresting them. These diversion efforts could help reduce the number of people kept in the criminal justice system despite committing relatively small offenses.

The administration is developing a step-by-step toolkit for the involved communities with best practices and federal resources. The Department of Veterans Affairs will also work with municipalities to develop mental-health diversion protocols that ensure veterans are linked to VA benefits. Approximately 7 percent of people in local jails are veterans.

A number of tech companies are supporting the program. Esri, a mapping software company, has pledged $500,000 worth of software and solutions. Amazon Web Services will bring together researchers, data scientists, technologists and the private sector to identify technology solutions.

The White House’s new program comes on top of a number of other recent criminal justice reform efforts.

In June, the Vera Institute of Justice kicked off an 18-month initiative called Reimagining Prison aiming to shift the goal of incarceration in the U.S. from retribution to rehabilitation, producing stronger communities and improved public safety.

Philadelphia Mayor Jim Kenney spoke at the initiative’s launch just a month after Philadelphia received a $3.5 million MacArthur Foundation grant, one of several intended to reduce prison populations in U.S. cities. Philly aims to keep appropriate non-violent offenders out of prison, more quickly moving those already incarcerated back out into the community, and seek alternatives to prison for other offenders. The plan also aims to address racial bias in the criminal justice system.

Minneapolis recently expanded its jail diversion program to include a special team of prosecutors who review cases before misdemeanor charges show up on people’s records. The program already included opportunities for low-level offenders to take classes, perform community service or meet with crime victims in lieu of fines or jail time.