Dallas Renaming Schools That Have Confederate Names – Next City 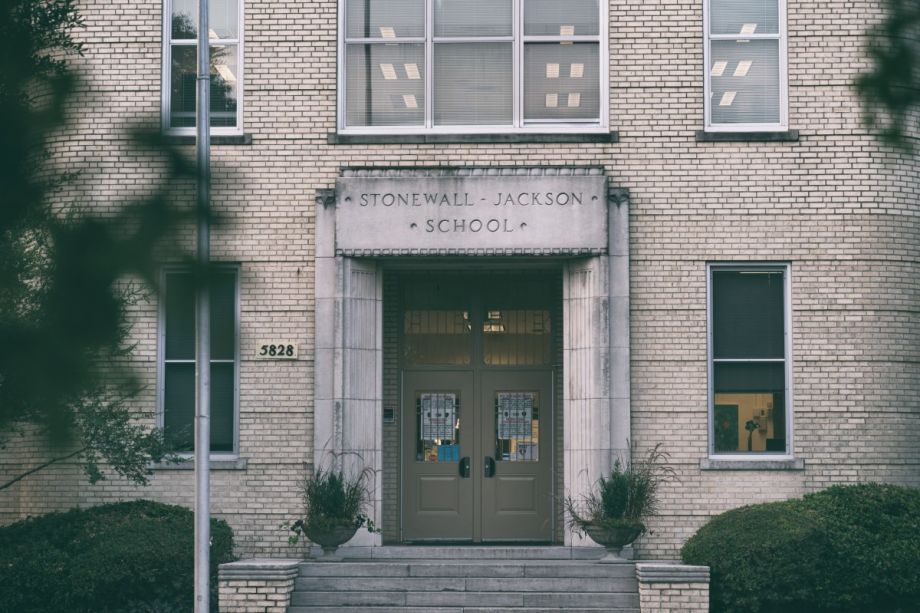 A sign for Stonewall Jackson Elementary’s new name — Mockingbird Elementary — was installed on June 11th, although its new name will not become official until July 1st, the magazine says.

The board’s official resolution directly calls out racial and economic disparities as a reason behind the decision: “We believe we must directly confront inequities in school and teacher quality, resource allocation, socioeconomically and racially segregated enrollment patterns, and issues of programmatic access and effectiveness that result in achievement and attainment inequities for each and every demographic group.”

The current wave of removals of confederate memorabilia began back in 2015 after nine black people were shot and killed by white supremacist, Dylan Roof, at a predominantly black church in Charleston, South Carolina. The shooting sparked nationwide conversation about the significance of confederate symbols after photos of Roof posing with confederate flags surfaced.

It wasn’t until activist Bree Newsome scaled the South Carolina state capitol building and removed the confederate flag that the state officially agreed to begin removing of reminders of the confederacy.

Although the initial momentum died down, conversation was reinvigorated after an organized white supremacist rally dubbed “Unite the Right” in Charlottesville, Va., turned violent, injuring 19 and killing one woman. White supremacists from across the country gathered in protest after the Charlottesville official decision to remove its confederate monuments.

In the wake of Charlottesville, the list of states choosing to remove their confederate monuments continues to grow and monuments are being removed across the country. As reported by Next City, the removal of confederate statues have sparked further debates surrounding transparency as local governments feel the need to protect the corporations and individuals removing the monuments. Those involved with removing confederate monuments have faced criticism, harassment and even death threats.

Although the Dallas Independent School District is taking its first steps to remove symbols and names of the confederacy, they acknowledge this is only one small measure in the movement towards equality:

“We recognize that Dallas [Independent School District] students face many out-of-school factors that impact their education including but not limited to poverty, housing, transportation, and health care, and in these areas we must engage in robust collaboration with private entities, nonprofits, philanthropy, and municipal institutions including the City of Dallas, Dallas County, Dallas Housing Authority, and Dallas Area Rapid Transit to alleviate the symptoms of these factors.”

While the district is taking allowable actions within schools, as recently as April, the city of Dallas has yet to come to an official decision about how it will handle its confederate monuments.