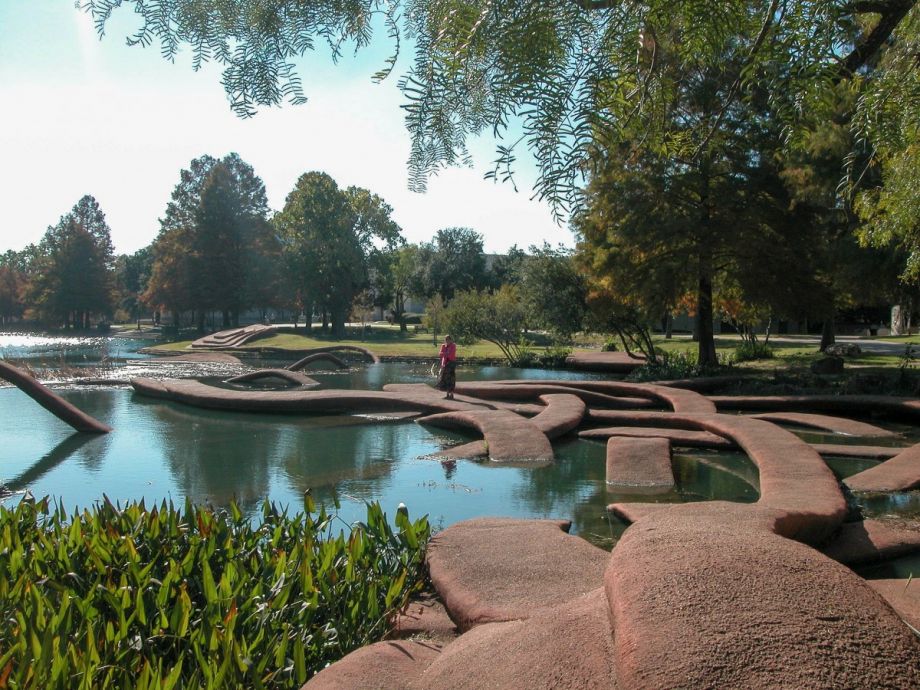 With a growing population and shrinking funds for land acquisition, Dallas has just adopted a new Parks and Recreation Comprehensive Plan and the city’s first ever Recreation Master Plan, both developed in partnership with Philadelphia-based interdisciplinary design firm Wallace Roberts and Todd (WRT).

The new plans aim to create an integrated, sustainable parks system for residents present and future. To date, Dallas has struggled to create parkland quickly enough to ensure access for all of its residents. Though the city has added 570 acres of parkland since 2002, the Trust for Public Land’s 2015 ParkScore index indicated that only 54 percent of Dallas residents live within a 10-minute walk of a park.

“Dallas is still in an area that is seeing a lot of growth,” says Andrew Dobshinsky, associate planner and urban designer at WRT. Now is the time, he says, “to make sure that they stay ahead of the growth and still look to acquire enough parks that they’re serving the population that they’re expecting to get.”

Parkland preservation and acquisition is one of 13 top priorities identified by the comprehensive plan. The new strategy updates the parks departments’ Renaissance Plan, which was adopted in 2002 as part of a citywide land use strategy.

Ryan O’Connor, project manager for the Dallas Parks and Recreation Department, says the focus of the earlier initiative was to recover the city’s park system after a period of disinvestment in the 80s and 90s. Parks hadn’t been well maintained, and capital improvements had been neglected.

“The last plan was really about regaining trust from the public in the park system … and trying to reposition the parks system so that people thought of it as an amenity again” says Dobshinsky.

That initiative was successful, thanks in part to two capitol bonds programs in 2003 and 2006.

“Now they need something that’s not just about getting back to a baseline, but about thinking about the future,” says Dobshinsky. “Now people not only think of the park system in a good light, but they’re expecting more and they have more ideas for what they’d like to see”

The comprehensive plan is a departmentwide guiding document supported by other asset-specific strategies: master plans for trails, downtown parks, aquatics and more. Recreation is another top priority, and the Recreation Master Plan is the first to look specifically at the programs the city provides and how to improve them.

“We wanted to step back from that model and kind of take a more holistic approach,” says O’Connor. Consultants led by WRT evaluated the mixture of programs being offered and how they compare to regional peers.

The findings were surprising, says O’Connor. The parks department thought it had been offering the same or similar programs for a long time, but in reality had been introducing many new programs and not sticking with them long enough to let them grow and flourish.

“We also learned that we need to focus more on senior programs,” says O’Connor, a revelation that came out of the WRT-led public engagement process, which included town hall meetings, demographics research, and an online survey. Dobshinsky says WRT also contracted with another company to conduct a statistically-valid survey that would be representative of all of Dallas residents — not just the self-selecting group that shows up for public hearings.

Those surveys indicated a broad support for parks in Dallas. Almost 75 percent of people surveyed said they’d be willing to pay more for park services or be taxed at a slightly higher rate to fund them.

“People really do realize now that parks are a really integral component of quality of life,” says O’Connor.

Each of the 13 top recommendations in the comprehensive plan are accompanied by implementable action strategies. Other priorities include improving and connecting the city’s trail circuit, finding ways to recoup park costs and generate revenue, and improving marketing and communication. Dobshinsky says many Dallas residents know about the programming offerings of their local park, but aren’t aware of the opportunities available at a citywide scale.

Another top priority is a continued emphasis on high level design. Dallas has already run a successful program to bring artists into the parks to design picnic shelters; Dobshinsky says the city would like to build on that legacy.

The new comprehensive plan paves the way for Dallas’s park system to seek accreditation through the National Parks and Recreation Association’s CAPRA (Commission for Accreditation of Park and Recreation Agencies) program. Final revisions and design are still being finalized before the plans are released.