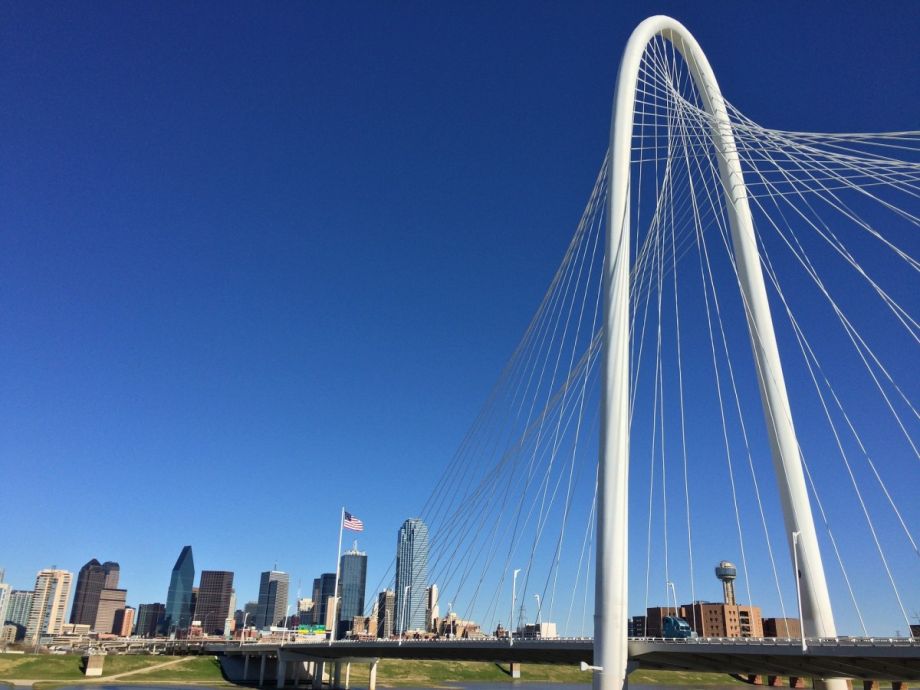 The $783 million contract will cover design and construction of a two-track line from Dallas/Fort Worth International Airport in Grapevine to Shiloh Road in Plano. Ten stations will serve the communities of Grapevine, Coppell, Dallas, Carrollton, Addison, Richardson and Plano.

The line aims to reduce congestion along the LBJ Freeway, the Interstate 635 beltway around Dallas. That highway, which is double-decked for portions of its northern leg through Tarant, Dallas and Collin counties, is one of the most congested highway corridors in Texas.

The total price tag for the project: $1.1 billion, which includes a contract awarded to WSP for design review and construction management services, including oversight of the design-build joint venture.

Construction will begin next year and wrap up by December 2022.

The International Railway Journal reports that the first of several light rail lines planned to serve Danhai New Township, a new community outside Taipei, opened for trial passenger service with a month of free rides Dec. 24.

The 73-km (45.4-mile), 11-station Green Mountain Line connects Danhai with Hongshulin station on the Taipei Metro Red Line. Trains are running at 15-minute intervals from 6:30 a.m. to 10 p.m. during the initial trial phase.

A fleet of 15 Warrior light rail vehicles built by Taiwan Rolling Stock Corporation provide service on the line. These are the first modern light rail vehicles to be built in Taiwan. The cars carry 265 passengers with a top speed of 70 km/h (43.5 mph).

A second route branching off this one, the Blue Ocean Line, will open next year. It will serve Danshui Fisherman’s Wharf and have three stations.

Indian Prime Minister Narendra Modi had a busy day Dec. 18, according to a report in Metro Report International. On that day, he laid the foundation stones for three different metro lines in the state of Maharashtra.

Fortunately for the PM, two of them were in the same city: Mumbai. One of these was for Line 5, which will run in the northeast part of the city, linking Thane with Kalyan via Bdiwandi. The other was for Line 9 in the city’s northern reaches; this line will run from Dahisar to Bhayander via Mira.

The third was in Pune, where he laid the foundation stone for that city’s Metro Line 3. This is a 23.3-km (14.48-mile), 23-station elevated line that will run from Hinjawadi to Shivajinagar.