The Political Cost of a Heavy Police Presence – Next City

The Political Cost of a Heavy Police Presence 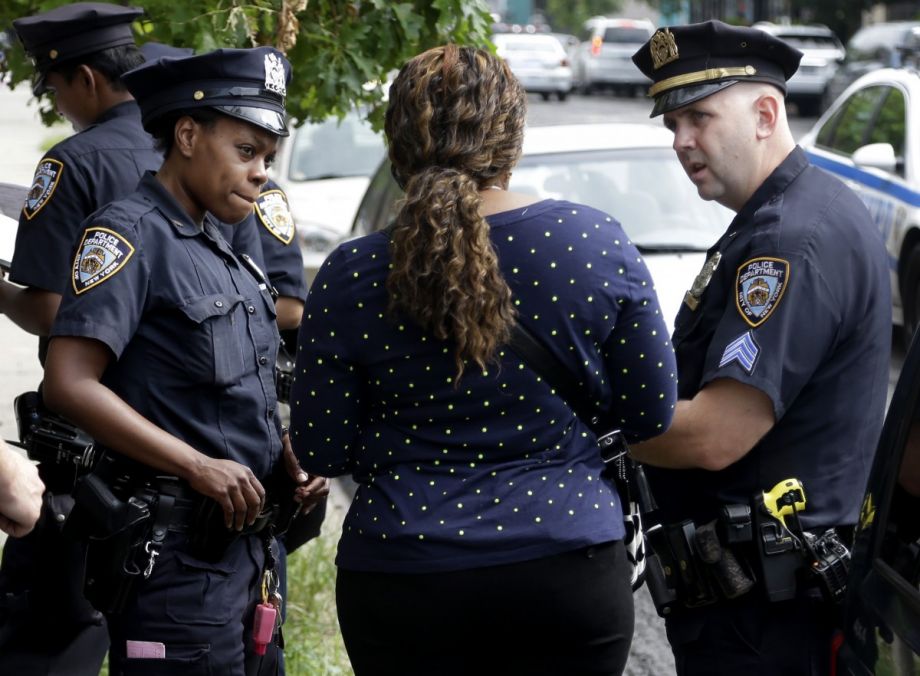 Last week, U.S. Attorney General Eric Holder called on states to repeal felon disenfranchisement laws that bar nearly 6 million Americans from the polls. “Those swept up in this system too often had their rights rescinded, their dignity diminished, and the full measure of their citizenship revoked for the rest of their lives,” he said.

These bans are significant not only for the affected individuals but also for electoral outcomes. As the New York Times reported, a 2002 study showed that in the absence of such laws, Al Gore “almost certainly” would have won the 2000 presidential election.

Consequential as they are, the laws may be just the most conspicuous part of a bigger phenomenon. An emerging body of political science research has begun to look more broadly at the relationship between the criminal justice system and political participation. It takes into account the whole spectrum of contact with the system, including police stops, arrests and mere residence in neighborhoods where these interventions are common. The finding? Even among eligible voters, contact with the criminal justice system depresses voter turnout and other kinds of civic engagement.

This has ominous implications for urban communities deeply entangled in the system. If the research is accurate, these communities are becoming even more politically voiceless than usual, leaving them that much less equipped to address problems like blight and crime in their neighborhoods.

“What we find is that felon disenfranchisement is just the tip of a much larger iceberg,” said Amy Lerman, a political scientist at UC Berkeley. “People become less trusting of government — become actually quite wary of government — so they don’t want to participate.”

Lerman and her co-author, Yale political scientist Vesla Weaver, advance this argument in a forthcoming book, Arresting Citizenship: The Democratic Consequences of American Crime Control. In it, as well as in a 2010 paper in the American Political Science Review, Lerman and Weaver analyze longitudinal survey data of more than 25,000 people. Based on one data set, they found that the probability of voting declined by 8 percent for respondents who had been stopped and questioned by the police, 16 percent for those with an arrest, 18 percent for those with a conviction, and 26 percent for those who had served a year or more in prison. (These figures did not include those who were ineligible to vote.)

The analysis controlled for a variety of factors, including income, education and race. “The effect of being incarcerated or imprisoned is larger in size than having a college-educated parent, being in the military, receiving welfare, and being black,” the authors concluded.

A paper by Northwestern University political scientist Traci Burch, published last month in the Annals of the American Academy of Political and Social Science, posed similar questions. Using data from the North Carolina Department of Correction, Burch examined the “supervision density” of neighborhoods, or the concentration of people who were either incarcerated, on probation or on parole. She then reviewed data on voter registration, turnout and other political activities such as signing petitions and protesting.

Burch’s results were slightly more complex. Also controlling for a host of confounding factors, she found that up to a point, higher “supervision density” actually correlated with higher turnout. She speculated that at relatively low levels, this supervision could be experienced as beneficial and necessary, contributing to public safety. But at higher concentrations, the effect was detrimental: People in neighborhoods with the highest rates of supervision were 50 percent less likely to vote than in neighborhoods with no residents enmeshed in the criminal justice system. Burch also observed a 38 percent decline in other kinds of political activity.

One of the thorniest challenges of this kind of research is distinguishing correlation from causation. Communities with high levels of contact with the criminal justice system share other characteristics — such as poverty and low education levels — that lead to meager political participation. Though all of the researchers attempted to weed out these other influences through statistical analysis, causation is notoriously difficult to prove decisively.

Lerman and Weaver tried some creative tactics. For example, their longitudinal survey data gave them an unusual ability to see into the future. They could examine responses from people who had not yet been convicted of a crime, but would be by the time of the next round of survey responses. This maneuver helped isolate the effect of the criminal justice intervention itself. The comparisons supported their finding that contact with the system made people significantly less likely to vote.

This area of inquiry is still young, but what are the policy implications if further studies validate these results? After all, while felon disenfranchisement laws deprive citizens of rights, the subjects in these studies were largely choosing not to exercise theirs. The connection to policy is less clear.

Scholars believe that the current system — with its unparalleled numbers of inmates, who are disproportionately African American — is perceived in many communities as discriminatory and hostile. On one hand, the scope of the problem may appear even more daunting than disenfranchisement. On the other, it suggests a range of potential remedies, from changing local policing styles to passing new drug laws.

The system’s pathologies are widely acknowledged, with reform advocated by public figures as diverse as Cory Booker and Newt Gingrich. This research explores yet another possible side effect, reinforcing the case for reform. According to Weaver, “There’s this sense of not just disempowerment but of active recoiling from public life, which is very damaging.”