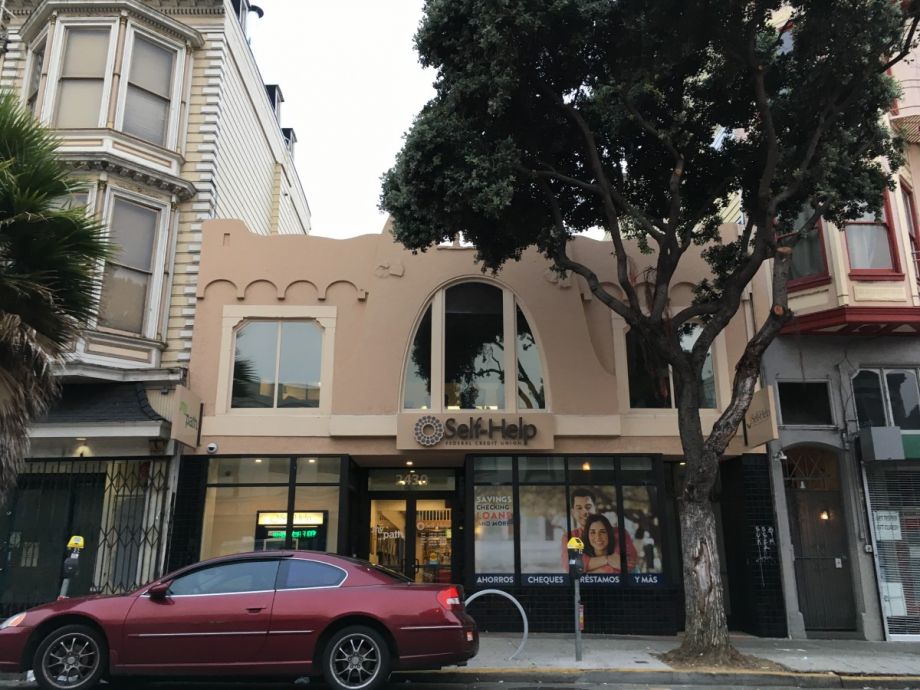 It was a busy time for Jeannine Esposito, manager of community engagement at Self-Help Federal Credit Union. In one week in October, Self-Help FCU celebrated the grand re-opening of its San Jose branch. Cutting the ribbon at that event was Alba Cárdenas-Javalera, a member of the branch who has received two loans from the credit union to support young immigrants who arrived in the U.S. as children without documents pay fees to apply for work permits.

Alba Cárdenas-Javalera, a member of Self-Help FCU, cuts the ribbon at the grand reopening of their San Jose branch. (Credit: Self-Help FCU)

That was followed by a celebration marking the 45th birthday of their Mission District branch in San Francisco, where Roberto Y. Hernandez spoke. He’s the executive producer of Carnaval San Francisco, which cultivates and celebrates the Latin American and Caribbean roots of the Mission District and the greater San Francisco Bay Area. Hernandez had been with Mission Area Federal Credit Union since its very beginning, in 1971, when he helped stuff and seal envelopes for the credit union out of his grandmother Cora Cruz’s kitchen. That institution merged with Self-Help FCU in 2011.

The future may hold more weeks like that for Esposito and her colleagues, although it wasn’t quite what she expected when she came onboard. “It was kind of strange for me at first to learn about using mergers to further our mission,” she admits.

Between 200 and 250 credit union mergers happen every year, according to the National Credit Union Administration (NCUA), the federal agency that regulates credit unions. As a result, the number of credit unions nationwide has declined from 9,369 in 2003 to 5,887 as of June 2016.

Self-Help got into the mergers game in 2008, in the aftermath of the financial crisis. As a federally certified CDFI (community development financial institution), its board and its partners saw a strategic imperative to go into places where smaller, mission-driven financial institutions were at risk of closing — leaving clients with fewer, and likely less mission-oriented options for financial services.

“There was a lot of pressure on smaller financial institutions, especially credit unions, to close down,” says Esposito. “Our strategy became to set ourselves up as an attractive merger partner.”

Founded in 1980, the Self-Help family of organizations has its roots in the original state-chartered Self-Help Credit Union based in Durham, North Carolina, with 23 branches and 60,000 members across the state.

Self-Help chartered its federal credit union in 2008, in order to begin its strategic, national expansion. In addition to mergers, they also open new branches (like the San Jose branch, which opened originally out of a former check-cashing storefront). Self-Help FCU now has 23 branches and more than 80,000 members in California, Illinois and Florida. Its first merger was in 2008, with People’s Federal Credit Union in West Oakland.

Mergers also allow credit unions to centralize back-end functions, like financial reporting to auditors and regulators. “That one branch won’t have to worry about audits, because those are all handled centrally,” Esposito adds. “It can really take up a lot of time.”

Self-Help FCU has since merged with 12 more credit unions and community banks in California, Florida and the Chicago area, the most recent being Family FCU, in Wilmington, California.

Sometimes it goes smoothly, with smaller credit union board members recognizing the value of merging with a larger institution while maintaining the focus on mission. Sometimes, it’s hard for founders to let go of an institution they helped to form. “There’s a lot of emotion involved in it,” says Esposito.

Sometimes the broader, mainstream financial system has a hard time letting go. In Chicago, Second Federal Savings and Loan Association was the fourth Chicago-area lender to fail in 2012. The lender had a huge portfolio of mortgages, including around 1,100 to Latino families, mostly in Southwest Chicago. Second Federal had been known as being among the first lenders in the country to allow customers to open an account with only an ID card from their country of origin. A local nonprofit, The Resurrection Project, had sought a mission-driven partner to purchase the failed Second Federal Savings and Loan assets, including the mortgage portfolio. In a highly heated saga, federal regulators chose to split up the failed institution, selling the mortgage portfolio to Self-Help FCU, while selling the deposits and other assets to another financial institution, which was later convinced to sell the rest of the assets to Self-Help FCU.

Second Federal now lives on, reassembled as a division of Self-Help FCU.

“Every merger is a little different, and we learn more from each merger,” says Esposito.