Creating a Black-Led Credit Union in Response to Police Violence 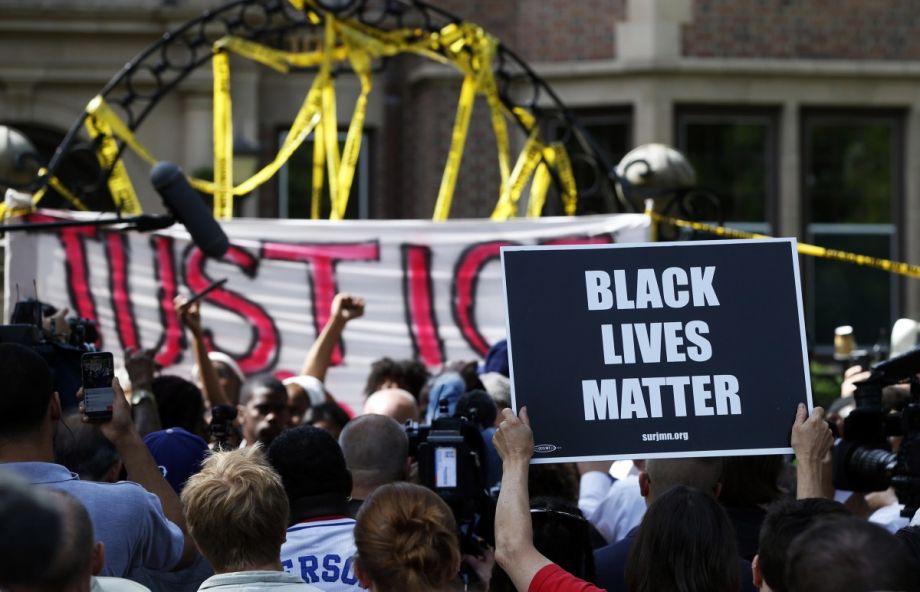 Protestors rally at the Minnesota governor's mansion in the aftermath of Philando Castile's murder by police in 2016. (Credit: AP Photo/Jim Mone)

One week after Philando Castile was murdered by a police officer in a Twin Cities suburb in 2016, community members gathered on the historically black north side of Minneapolis. Over 200 residents showed up to a meeting organized by Blexit, a grassroots organization addressing inequity in Minnesota and the wider U.S.

The residents took part in small and large group discussions. They talked about what they wanted to invest in and divest from. They wrote their ideas in marker on butcher paper posted on walls throughout the meeting space. Then they voted on their most pressing priorities.

“The number one idea that had twice the amount of votes than any other idea on the board that night was to establish a Black-led financial institution on the northside of Minneapolis,” says Me’Lea Connelly, Blexit founder. “And that was the beginnings of what we now know as Village Trust.”

Connelly now serves as the director for the Association for Black Economic Power, which is leading the charge to open Village Trust Financial Cooperative, a Black-led credit union, on track to open its doors by 2019.

After that evening in 2016, Connelly and core members of Blexit organized around the credit union concept to ensure there was a strong desire from community members for a Black-led financial institution and a commitment to invest in it once it was up and running. During the campaign, they also encouraged people to invest in Black banks across the country.

There are currently no Black-led financial institutions in Minnesota, but as Next City previously reported, Village Trust would join the more than 345 credit unions operating in the state.

Across the country, there are fewer than 20 credit unions serving Black communities, according to Bank Black USA, which has been pushing the #BankBlack movement.

“I think [the Village Trust credit union] is important to support,” says Jon Logan, Bank Black USA board member. “I think a Black-owned credit union, it means that they’re going to be doing things a little bit differently there. They’re going to be focusing on their community and there’s nothing wrong with that.”

After early discussions with community members about establishing a credit union, the Blexit team was able to secure a $430,000 grant from the Jay & Rose Phillips Family Foundation of Minnesota to establish the Association for Black Economic Power, hire a staff member, and start researching to determining the project’s feasibility. Connelly notes that it was important to house the operations of the credit union outside of the social justice organizing group.

Since its founding in February 2017, the Association for Black Economic Power has been working to determine the role it will play for community members, which so far includes recruiting people to pledge to become a credit union member and collecting data from community members, which they’ll use in the application to prove interest in the credit union. At the end of 2017, Connelly says they had over 1,100 pledges, representing over $3 million in deposits.

The association recently received a new grant from Capital Impact Partners, a leading nationwide community development lender. At this stage, the group is also asking people who pledge to be members what products and services they’d like to see Village Trust Financial Cooperative offer once it opens its doors. Connelly notes that they won’t be able to offer every service and product that community members request.

“It’s really important for us to not reinvent the wheel, that we are instead a distribution point for products and services and programs that are already working but might not be reaching the Black community,” Connelly notes. “So the challenge that we face right now is how do we build relationships with organizations and institutions that have powerful services and how do we create a pipeline for services?”

A handful of questions guides the work, according to Connelly:

Even before obtaining a charter to legally operate a credit union, the Association for Black Economic Power is working to address community needs.

“We’re focusing on providing services to a community that it unbanked and underbanked,” Connelly says. “There aren’t a lot of financial institutions on the northside of Minneapolis.”

Village Trust will, in beta, start a loan fund that will give a small number of small dollar loans for emerging cooperative businesses.

One commitment that Village Trust makes is that they won’t say no. If someone submits a loan application, they’ll either get approved or get a plan.

“What that means is that we’re here for the long term to walk the pathway of wealth building with you and even if we don’t necessarily have the products and services that you need, we have relationships with organizations that do,” Connelly says.