What 11 Million Craigslist Posts Show About Affordable Housing – Next City 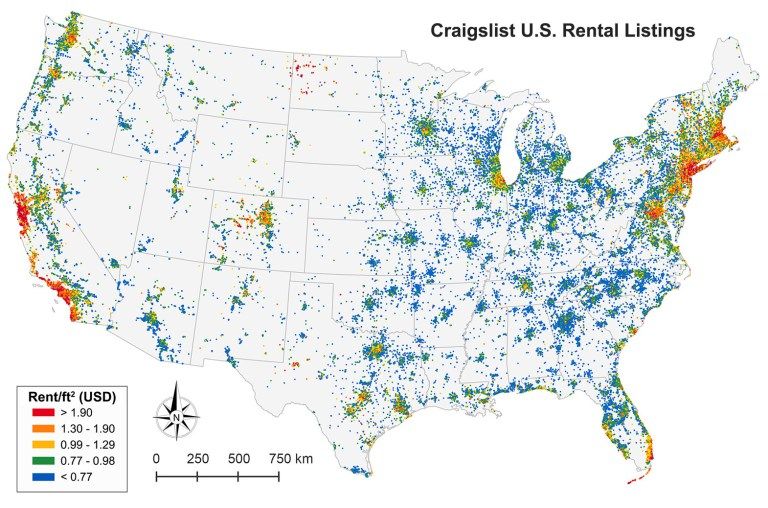 Although nearly half of Americans polled in a recent Harvard survey said they either personally struggled to pay their rent in the past 12 months, or know someone who has been in that situation, there is little data on rental market activity.

To better trace a numbers trail, the UC Berkeley Urban Analytics Lab analyzed 11 million Craigslist rental listings from summer 2014 for patterns across metropolitan housing markets in the U.S. The listings show how rents are changing neighborhood by neighborhood in a given month and city.

While Craigslist posts only show advertised rents, not negotiated rents, and scams are possible, the Berkeley findings back up some common assumptions about rent prices. Large coastal cities have high rents, particularly the Eastern Seaboard, Seattle, Southern California and Hawaii. With a few exceptions, namely Chicago and Denver, Middle America has mostly less-expensive listings punctuated by mid-priced clusters.

In the hottest housing markets — think New York City, Boston and San Francisco — there are incredibly few rental units listed below fair market rent. Some metro areas even have only single digit percentages of listings below fair market rent. In cities like these, the typical household, not just low-income households, spends more than 30 percent of their income on rent, the threshold for being “rent burdened.”

The data also reveals the “rental power” — how many square feet someone can rent in a given city for the nationwide median rent of $1,145. Not surprisingly, New York offers the least value at 398. Of large metros, Memphis came out on top with 1,659 square feet. 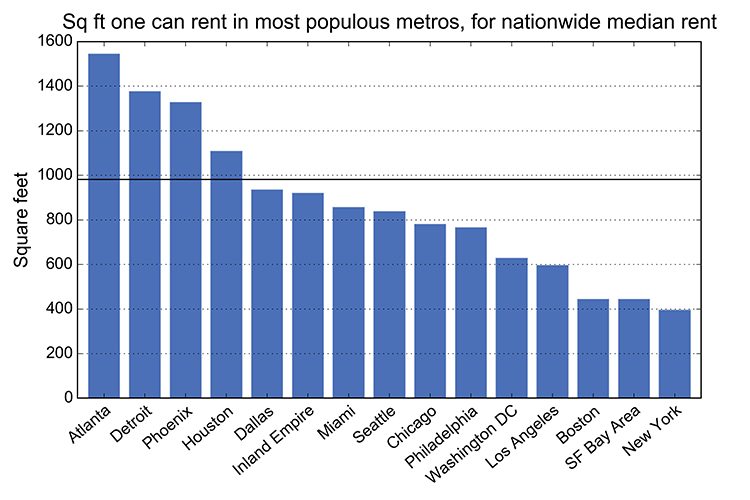 The data raises some concerns for affordable housing advocates. HUD generally defines fair market rent as the region’s 40th percentile rent, which in some cities — such as Phoenix or Las Vegas — provides plenty of rental options. However, in cities like New York where fewer than 10 percent of listings are below this threshold, those who can’t afford to pay over fair market rent have few housing options, and are likely constricted to a handful of neighborhoods.