Crackdown on Transit Smokers in Twin Cities Could Intimidate Riders 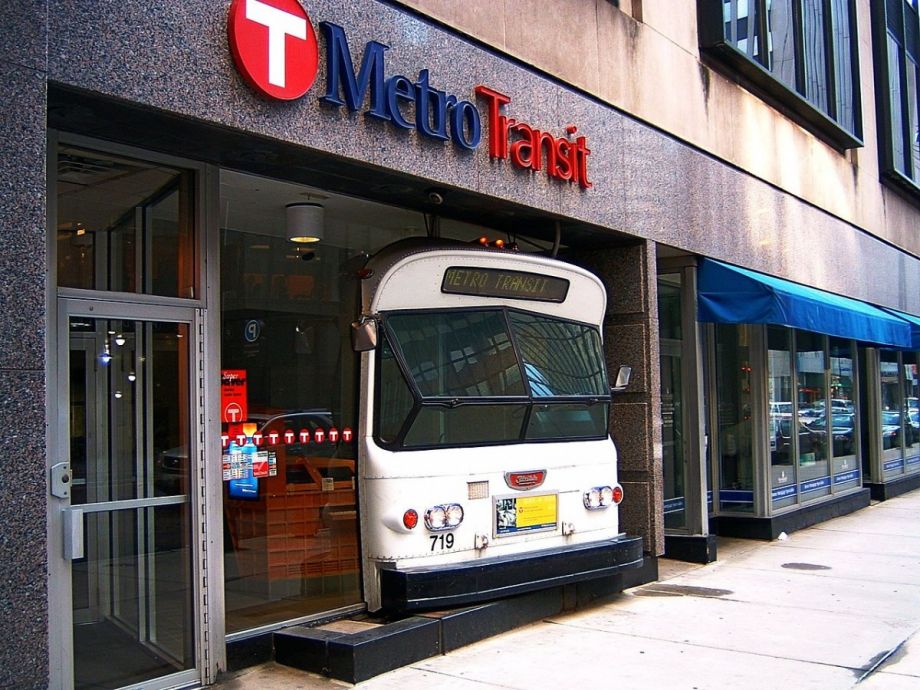 On February 28, the Twin Cities’ Star Tribune reported that Metro Transit police officers dressed in plainclothes would begin boarding trains on both the Green and Blue light-rail lines to snuff out smokers. In 2018, Metro Transit fielded roughly 1,800 complaints of offenders smoking everything from marijuana to tobacco and e-cigarettes on transit platforms. The offence, a misdemeanor, can result in a fine of up to $300.

The Metro Transit’s interim police chief told the newspaper that the checks wouldn’t be carried out all day or every day. Rather, officers will be stationed on the days and times that tend to be most popular with smokers, chiefly the Green Line, which connects downtown St. Paul with downtown Minneapolis, during mid-afternoon.

While some might see this as a move to save commuters from clouds of smoke, there’s also an element of broken windows policing and an unfair targeting of already marginalized populations.

“We’re out there on the ground hearing from transit riders and [there are] plenty of communities of color that deal with the issue of being and feeling profiled,” says Jessica Treat, executive director of Move Minnesota.

While noting that Move Minnesota aims to partner with Metro Transit and other organizations rather than cultivating an adversarial relationship with them, Treat explains that Move Minnesota sees holding public agencies accountable and asking questions that check their policies as an important part of “centering equity” in its work.

“We’ve heard about the issue of using plainclothes police to address smoking and have called it into question. I’m not saying only people of color smoke, but I’m saying that a high percentage of people of color are riding public transportation. If they happen to be smokers, what does it mean to have plainclothes officers there? Why that approach?” Treat says.

Yet Minneapolis isn’t alone when it comes to a resurgence of the broken windows approach in monitoring public transportation.

Transit authorities in Charlotte, North Carolina, began cracking down on fare evasion earlier this year. New York City officials made a promise to do the same in December 2018 despite the fact that data show that people of color are disproportionately targeted by fare evasion crackdowns in the city.

According to a 2017 report compiled by the Community Service Society of New York, in just the first three months of 2017 the NYPD arrested 4,600 people for fare evasions, 90 percent of whom were black or Hispanic. In Brooklyn in particular, black men ages 16 to 36 constituted half of all fare evasion arrests despite representing only 13.1 percent of poor adults.

In New York City, captured fare evaders face a $100 summons or arrest. Harold Stolper, senior economist at Community Service Society and an author of the report, explains that if you’re a repeat offender in the city’s transit recidivism database or if you meet another condition for arrest in the process, the latter will be the likely consequence. A night or two in jail might mean missing work and pay, or losing a job.

“Both [fines and arrests] are a major disruption to … predominantly low-income people who are already living paycheck to paycheck,” Stolper says. “Plus, the potential trauma of being arrested for not having $2.75. Maybe you have $20 but it has to get used throughout the week and you had to make that hard choice.”

A desire to address these issues with transparency was part of the impetus for the 2017 report, and an NYC law that requires the NYPD to post and update data on turnstile jumping on its website each quarter along with demographic data including age, race and sex of offenders.

The police department blew past its January 30, 2018 deadline, and finally released a limited subset of their data for only some subway stations, rather than all of them as required by law, in October 2018.

The positive thing about the largely incomplete and extremely tardy NYPD data is that it does illustrate a decrease in fare evasion arrests to the tune of 70 percent less than the previous year’s final quarter. Stolper attributes this decrease, in part at least, to the city’s introduction of the Fair Fares program.

After campaigning for several years, the Community Service Society was successful in seeing money from the city’s budget allocated to the program that gives half-price fares to adults ages 16 to 64 with families at or below the federal poverty level — a $25,750 annual income for a family of four.

“For some of these families, a year’s worth of [public transit] passes are more than 10 percent of their family income and that’s just not tenable,” Stolper explains. “If you have policies like universal health insurance and universal summer jobs and people can’t access them, [the programs] will be limited in how many people they can reach.”

Move Minnesota’s Jessica Treat also sees potential alternatives to policing in addressing smoking on public transportation in the Twin Cities. While she has had positive experiences asking fellow riders to not smoke or to reduce swearing around her young daughter on public transportation, she recognizes that not everyone feels comfortable doing so. Treat sees solutions as simple as a looped announcement reminding riders that there’s no eating or smoking on the trains as a step in the right direction.

Treat also ponders the possibility of an ambassador program.

“I look at the Downtown Improvement District in Minneapolis [where] businesses are paying for ambassadors who walk on the street. They pick up garbage and are friendly and they provide directions … . Why couldn’t we have a similar approach on public transit? Why couldn’t we have trained people out there to help enforce decorum,” Treat wonders — rather than armed police officers who may make people of color feel uncomfortable based on a history of uneven law enforcement.

“Riding transit is a community activity,” she says. “I ride it all the time. I see people and recognize people. It’s a community and it should be treated that way rather than [as] a dangerous activity.”