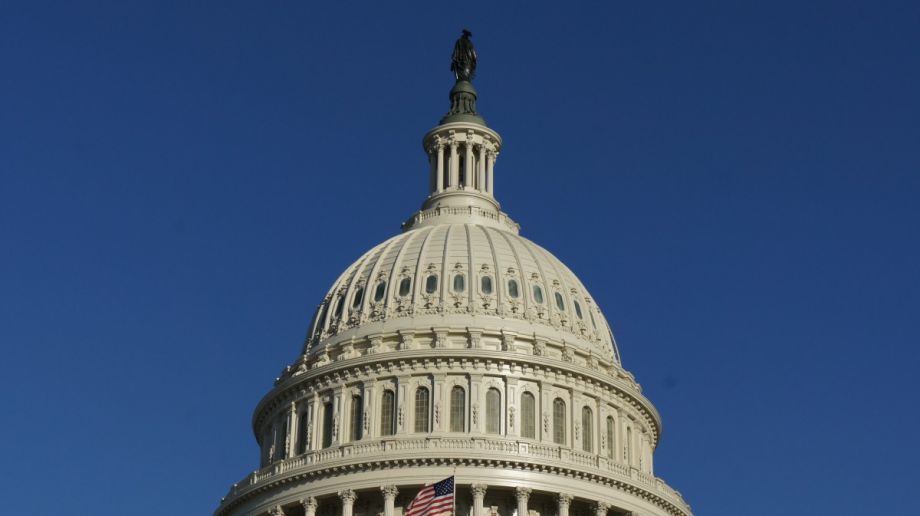 Transit Gets Its $25 Billion in COVID Relief, But Some Now Say Still More Will Be Needed

Both Congress and President Donald Trump proved receptive to the public transportation industry’s pleas for a massive cash influx to plug huge budget holes opened by disappearing riders in the wake of the COVID-19 coronavirus outbreak.

The president signed the Coronavirus Aid, Relief and Economic Security (CARES) Act into law at an Oval Office ceremony on March 27. The $2 trillion relief package includes $25 billion in capital and operating grants for mass transit agencies nationwide, a salve for the wounds inflicted by ridership losses as high as 90 percent on some systems.

According to a news release from the American Public Transportation Association, the funds will be distributed according to the usual federal funding formulas, with $13.79 billion allocated to urban systems, $2 billion to rural systems, $7.51 billion to state-of-good-repair maintenance projects and $1.71 billion to systems in growing and high-density states. The law stipulates that the funds be distributed within seven days of enactment, which means that cash-strapped transit agencies should start getting checks this Friday.

The amount matches the figure the heads of 10 of the country’s largest mass transit agencies said would be the minimum needed to help the industry cope with the COVID-19 disruption. But, as the letter they wrote March 23 indicated, the nation’s transit agencies would need at least $25 billion for this purpose.

And even before Congress had passed the bill, some transit advocates were saying that the $25 billion wasn’t enough. Streetsblog USA reported on March 25 that TransitCenter, a research and advocacy group for public transit, said that anywhere from $26 to $38 billion would be needed to keep agencies solvent. Advocates for the New York Metropolitan Transportation Authority are particularly upset that it will get only $3.8 billion from the Feds. The agency had asked for $4 billion in a separate letter on March 18; at that time, U.S. Representative Jerry Nadler (D-N.Y.) said that figure wasn’t enough. In the Streetsblog article, MTA Chairman Patrick Foye admitted as much: he is quoted there as saying that “MTA needs significantly more than $4 billion to survive this crisis.” How much more? The agency estimates it could lose as much as $6.5 billion if today’s depressed ridership levels continue.

France Presses the TGV Into Service as Super-Fast Ambulance

So far, the COVID-19 coronavirus has not struck evenly across countries: In every country that the virus has spread to so far, some regions are more hard-hit than others. Realizing this fact, France has turned to its transportation superstar to help the part of the country hardest hit by the virus cope with the caseload.

CityLab reports that the French National Railways (SNCF) has turned one of its double-deck TGV high-speed trains into a mobile hospital that will shuttle patients from the Grand-Est region in the country’s northeast to hospitals in the west that have more room for patients. The Grand-Est, which includes the cities of Strasbourg and Mulhouse, has the highest COVID infection rate per capita of any part of the country, and the region’s hospitals have filled to the point where doctors faced painful choices over which patients to treat and which to leave untreated.

The train made its inaugural run on March 26, picking up patients in Strasbourg and Mulhouse and dropping them off at cities in the Loire region, where the hospitals have room to accept them. Twenty patients made that first trip, according to an item in Rail UK; ten were dropped off in Angers and the rest went on to Nantes. Each of the train’s four passenger coaches became a four-bed ward, and the buffet car served as the medical center where staff could treat patients who had trouble en route.

CityLab pointed out the advantages of this setup: The TGV train carries more patients than a helicopter, makes the trip in less time than an over-the-road vehicle and offers more room for the patients and medical personnel.

Jean Rottner, president of the Grand-Est region and first adjoint to the mayor of Mulhouse, also praised in a Tweet the international cooperation with hospitals in neighboring Luxembourg, Germany and Switzerland that have agreed to take in patients from the region.

Scooters Fill Gaps in the Local Mobility Picture, but the Virus Could Kill Them Off

Where cities have allowed them to remain in service, scooters and other micromobility devices have become gap-fillers and substitutes for mass transit and shared ride-hailing, Smart Cities Dive reports. But in other cities, governments and the scooter companies themselves have taken their vehicles out of service out of concern that they might serve as vectors for the virus to spread.

Lime announced that it would suspend its bike and scooter service in all the cities it serves in North America and 22 other countries on March 26, and Bird has removed scooters from San Francisco and select European cities. Both companies issued statements emphasizing that they took their actions out of concern for the health of the community.

The main reason for the move: The vehicles aren’t cleaned after each use, and it would be impractical for maintenance staffs to do so. Miami-Dade County specifically noted that scooters and bikes “are not routinely cleaned between users and may become vectors for the spread of the COVID-19/novel Coronavirus” in its March 18 order removing them from service countywide.

For its part, the city of San Francisco has issued no such order. In a letter to operators, the San Francisco Municipal Transportation Agency (SFMTA) declared micromobility services “essential,” saying, “It remains our vision that healthy mobility options for San Franciscans remain available for all essential trips.” San Francisco is leaving it up to individual operators to decide whether or not to continue operating their services; as noted above, the scooter operators have decided against this.

Where bikes and scooters remain in service, usage has risen since the travel restrictions took effect. The article cites a New York Post report that the CitiBike bike-sharing network in that city, which is owned by Lyft, saw usage rise by 70 percent in the first 11 days of March over last year’s figures.

As already noted, the steep drop in ridership has led transit agencies across the country to cut back service in order to reduce the impact on their budgets. Systems in a number of smaller U.S. cities have eliminated all scheduled bus service in response to the drops.

So far, rail transit service has been preserved, if cut back significantly. As of this past Monday (March 30), however, that is no longer the case: Streetsblog San Francisco reported March 26 that the SFMTA announced that it would replace all five of its light rail lines with buses effective March 30. The decision also closes the stations in the Muni Metro subway save for those that sit atop BART stations downtown, through which BART riders pass en route to and from their trains.

“Closing the Muni Metro underground system will allow us to redirect custodial resources to other, higher-use facilities and minimizes risk to our station agents,” the SFMTA said in a letter announcing the closure.

Buses will make the same stops they make during the early morning hours, when they replace light-rail trains. Local bus routes will remain in service, but Muni Rapid bus routes were also discontinued.

On a typical weekday, the Muni system carries 700,000 passengers. The dramatic falloff in that figure has produced losses of $1 million a day for the system.

Know of a project or event that should be featured in this column? Send a Tweet with links to @MarketStEl using the hashtag #newstarts.