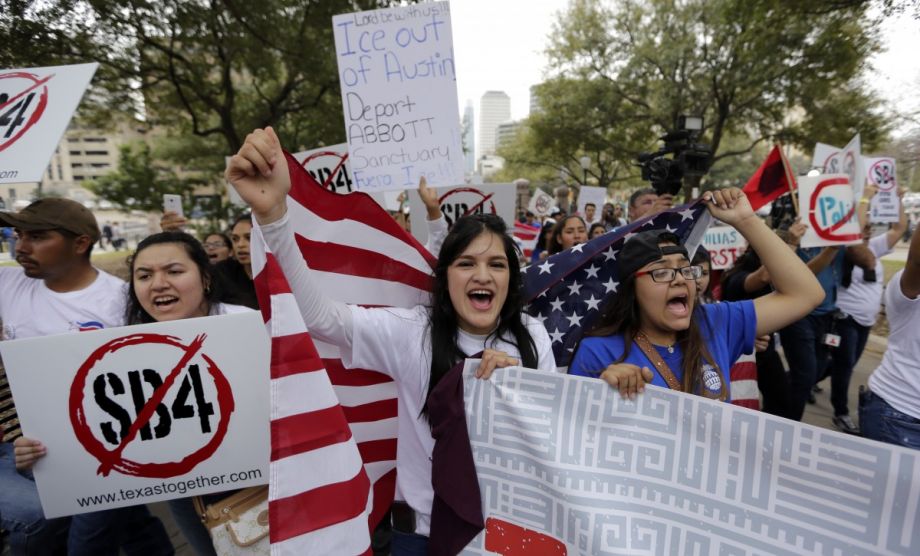 In a 2-1 decision, the 9th U.S. Circuit Court of Appeals agreed with a lower court that the order exceeded the president’s authority. Congress alone controls spending under the U.S. Constitution, and presidents do not have the power to withhold funding it approves to pursue their policy goals, the court majority said.

“By its plain terms, the executive order directs the agencies of the executive branch to withhold funds appropriated by Congress in order to further the administration’s policy objective of punishing cities and counties that adopt so-called ‘sanctuary’ policies,” Chief Judge Sidney Thomas wrote, according to the AP.

But the judges also ruled that a lower-court judge should not have blocked enforcement of Trump Administration’s order nationwide. They limited the injunction to California and sent the case back to the lower court to to discuss further whether a wider ban could be justified.

Devin O’Malley, a spokesman for the U.S. Justice Department, said the ruling was a win for “criminal aliens in California, who can continue to commit crimes knowing that the state’s leadership will protect them from federal immigration officers whose job it is to hold them accountable and remove them from the country.”

Overall, the decision is a win for supporters of sanctuary policies — but the Trump Administration could still try and enforce his executive order against jurisdictions outside the western states covered by the 9th Circuit, David Levine, an expert on federal court procedure at the University of California, told the AP.

As Next City has covered, a federal appeals court largely upheld a Texas ban on sanctuary cities, which prompted Austin officials to get creative. One city council resolution approved in June directed the city manager and Austin police to end discretionary arrests — i.e., unnecessary arrests that could be handled by issuing a citation. In Wisconsin, meanwhile, several anti-sanctuary measures have been signed, including an amendment to the Immigration and Naturalization Act giving power to the federal government to deputize local law enforcement officials to act as immigration agents. (That amendment, 287g, has been the target of massive labour-backed protests across the state).

And increasingly, behind calls to #AbolishICE, activists are making tangible policy proposals that are gaining traction among local reformers.

As Jen Kinney recently wrote for Next City:

In Philadelphia, the encampment outside City Hall is plastered with the slogan “End PARS,” a reference to the Preliminary Arraignment Reporting System, the mechanism whereby the city shares arrest data in real time with ICE. In New York, the immigrant rights group Movimiento Cosecha organizes campaigns to pressure companies such as Amazon to end their connections with the agency. A group of researchers is training people around the country to find out if their politicians profit from family detention. And activists in cities such as Columbus, Ohio are pushing officials to make the city a true sanctuary in practice, not just in name only.

The movement can point to some wins. Contra Costa County, outside of San Francisco, announced they’re ending a contract that currently allows ICE to detain some immigrants in the county prison. Facilities in Springfield, Oregon; Williamson County, Texas; and Arlington, Virginia have done the same.

Four days after Kinney’s story, Mayor Jim Kenney announced the city was not renewing the data-sharing agreement with ICE.

“When a president overreaches and tries to assert authority he doesn’t have under the Constitution, there needs to be a check on that power grab,” San Francisco City Attorney Dennis Herrera said in a statement according to the AP. “The courts did that today, which is exactly what the framers of the Constitution had in mind.”